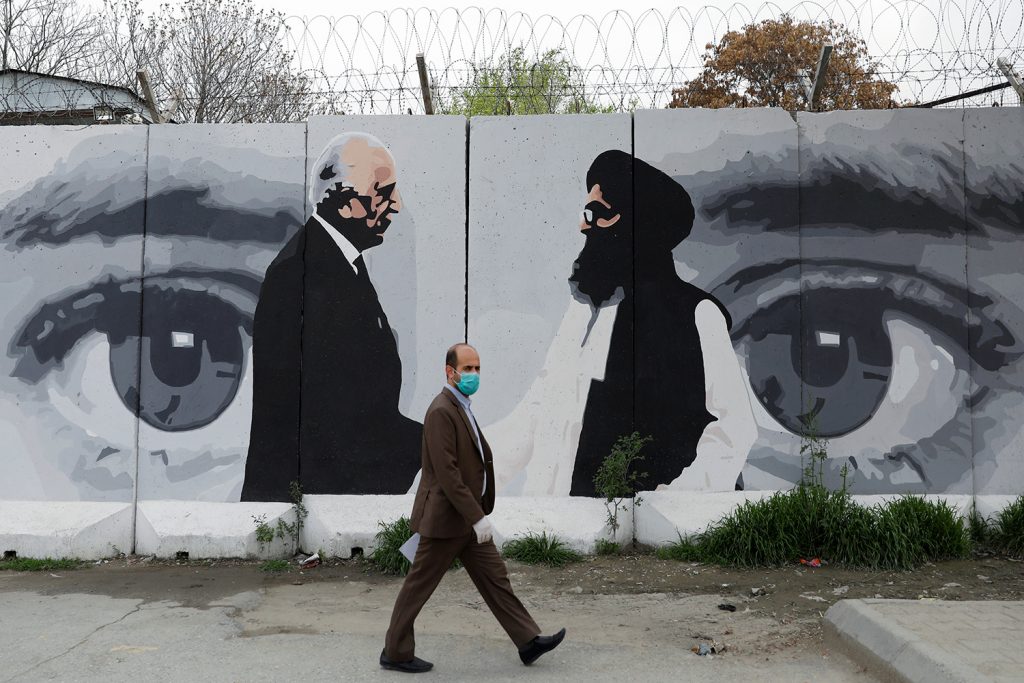 Recent news reports suggest that US President Donald J. Trump is seriously considering withdrawing US troops from Afghanistan because of concerns relating to the novel coronavirus (COVID-19).  There are arguments for the United States to stay and to go, but this is a bad one on every count. Our troops will be exposed to COVID-19 wherever they are. In Afghanistan, our military presence is key to the strategy the Trump administration has been laboring to implement to foment peace.

The United States recognized several years ago that a negotiated peace was the only way to preserve the gains made in Afghanistan. The United States has invested great effort to get to the point where negotiations between Afghans might be possible. At this point, the Taliban has signed a troop withdrawal agreement with the United States but have so far avoided starting negotiations with the Afghan government. In fact, in recent weeks the Taliban has intensified their military operations and unleashed a wave of violence that has killed Afghan security personnel and civilians alike.

The Taliban leadership’s unwillingness to engage in good faith talks with the government in Kabul appears linked to their view that the United States and its allies are hell-bent on withdrawing and so they need make no concessions. Succeeding in actually getting to peace in Afghanistan will be very difficult in the best of circumstances, but to run for the door would be a serious tactical error and unravel the progress already achieved and whatever opportunity there is for the future.

Worse, it would be strategic blunder undercutting the US position and investment in Afghanistan and the entire South Asia region, as well as sending a terrible signal to our partners, allies, and adversaries.  Each of these aspects threatens to potentially undermine the security of the American people. Such a decision deserves serious consideration, not a spur of the moment decision.

The first key point is that we are not alone in Afghanistan, but with a large coalition of our allies. None of our NATO and non-NATO partners with forces in Afghanistan have signaled any desire to cut and run in the face of the threat of the virus. A sudden US withdrawal would come on the back of our departure from Syria that began without consultation with or warning to our allies. While the Syrian decision was modified to leave some US forces, the message of a second sudden pull out would be clear: the United States cannot be trusted to keep commitments on which other nations have risked the lives of their own forces.

In Afghanistan, a sudden departure that ignores even the withdrawal timeline to which we have just committed in our agreement with the Taliban risks creating a variety of disasters. The impact on morale and unity of the Afghan military is likely to be debilitating. It could easily spark a massive shift in power balances in Afghanistan and provoke a split among non-Taliban Afghans along ethnic, political, and religious lines that divide the population—leading to a return to civil war as seen in 1990s. This would open space for terrorist networks like al-Qaeda to once again grow in Afghanistan and for the Islamic State (ISIS) to expand its already dangerous presence. Iran and Russia are already flirting with the Taliban. A sudden power vacuum could prompt expanded regional meddling and accelerate the descent into renewed civil war.

In the past twenty years, Afghanistan has made important progress in advancing the rights of women and educating millions of the nation’s youth. This new generation who came of age during our presence would be the likely first victims. These conditions and the massive uncertainty they would bring about could easily spark massive refugee flows. Such refugee flows would likely expand the spread of COVID-19 and possibly overwhelm several weak states that border Afghanistan, including Pakistan with its questionably secured nuclear weapons.

The impact on morale of the US military also needs to be considered. It is one thing to decide that withdrawal may be essential, something both the Obama and Trump administrations have sought. It is quite a different matter to decide that none of the sacrifices made by our troops weigh in the balance against a sudden medical emergency that, while challenging, does not render the mission less necessary to our strategy.

Further, the signal to our adversaries of an American defeat in Afghanistan needs to be seriously analyzed. In addition, the challenge of how to maintain our ability to fight in the midst of a pandemic is not limited to Afghanistan, as the US Navy is clearly finding out. Russia and China (and others such as North Korea) would take note that a biological threat is capable of suddenly destroying our will and ability to fight. The temptation for them to experiment further with this line of approach to future combat would increase.

Many would like to get our troops out of Afghanistan, and there is room for debate on this important question. But to suddenly bolt from Afghanistan because of the danger of the virus would be the worst possible way to reach that goal. The US president has pushed hard to get us to the possible start of peace negotiations and a substantial reduction of force that supports US strategic goals. He should adhere to his own stated policy and the commitments of the secretaries of state and defense that our withdrawal be conditions-based. Responding to COVID-19 with an ill-considered withdrawal is not a substitute for a policy in pursuit of US interests. The United States should avoid a costly strategic misstep and sustain what has been a viable strategy to get Afghanistan into a serious peace process and find a sustainable peace.

James B Cunningham is a nonresident senior fellow at the Atlantic Council and former ambassador to Afghanistan, Israel, and the United Nations.

Hugo Llorens served twice in Afghanistan as special charge d’affaires (2016-17) and assistant chief of mission (2012-13), and is a former ambassador to Honduras.

Ronald E. Neumann was ambassador to Algeria, Bahrain, and Afghanistan 2005-2007 and returns frequently to Afghanistan.

Richard Olson was US special representative for Afghanistan and Pakistan (2015-2016) and previously served at the US Embassy in Afghanistan (2011-2012) as well as US ambassador to the UAE and to Pakistan.

Earl Anthony Wayne is a nonresident senior fellow at the Atlantic Council and was deputy ambassador and director for development and economic Affairs in Kabul, US ambassador to Mexico and Argentina, and assistant secretary of state for economic and business affairs.

US cuts Afghan aid: Will it bring peace closer?

Recent weeks have seen Afghanistan politically paralyzed with both Ghani and Abdullah setting up parallel governments in Kabul, after both claimed victory in the September 2019 presidential elections. Secretary Pompeo attempted to push the Afghan government(s) towards talks with the Taliban and failed.

Image: An Afghan man wearing a protective face mask walks past a wall painted with photo of Zalmay Khalilzad, U.S. envoy for peace in Afghanistan, and Mullah Abdul Ghani Baradar, the leader of the Taliban delegation, in Kabul, Afghanistan April 13, 2020.REUTERS/Mohammad Ismail