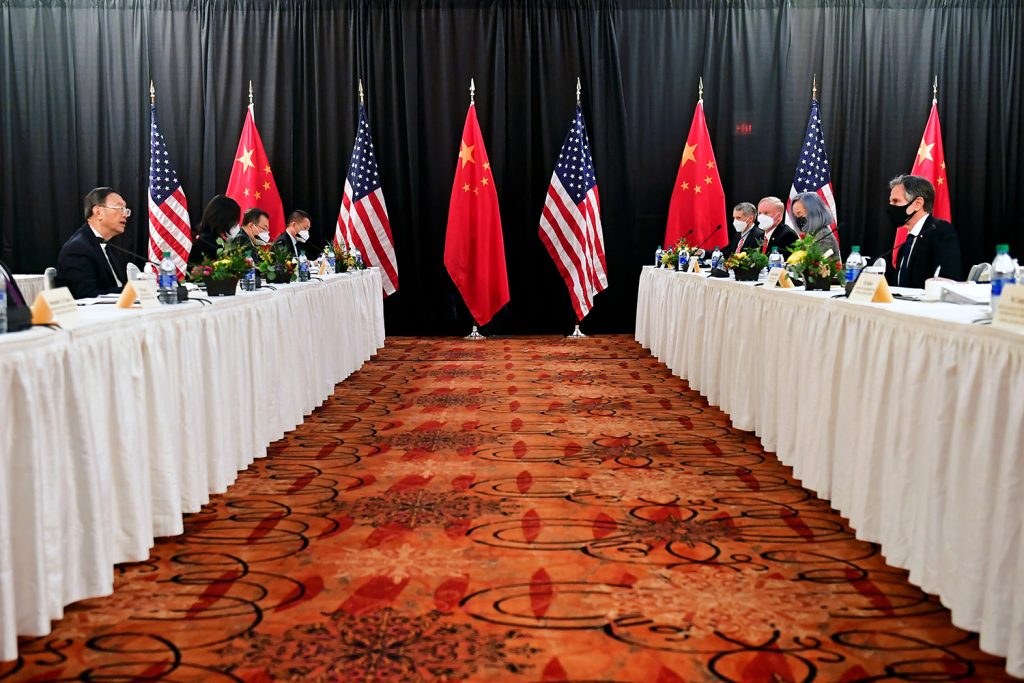 The public theatrics and hostile rhetoric that marked the first meeting of top US and Chinese officials since Joe Biden’s inauguration were certainly striking. But it’s not surprising that the talks in Alaska on Thursday were more confrontational than cooperative.

China only respects strength, and strength in numbers.

Strength: The Biden administration’s strategy may be to come out of the gate very firmly—as it has in its actions and public statements since inauguration—to reset the US-China relationship and make clear to Beijing that the United States will push back where it needs to do so and cooperate where there are mutually beneficial opportunities. The areas of pushback right now—including human rights, Taiwan, territorial disputes, and cyber—appear to far outweigh the other areas.

Numbers: The heart of the Biden approach is to consult with allies and partners and seek to present a united front—an approach that the Chinese abhor and aim wherever possible to avoid. They prefer to pick countries off one by one, as part of a divide-and-conquer strategy, to maximize their interests. The Biden administration’s sequencing of meetings over the last week was nothing short of masterful—starting with the Quad summit with Biden and the leaders of Australia, India, and Japan one week ago, proceeding to the 2+2 consultative meetings with the Japanese and South Korean foreign and defense ministers and their American counterparts, and only then followed by the US-China meeting in Alaska, as US Secretary of Defense Lloyd Austin headed to India to meet with his counterpart after the 2+2 meetings.

Many in the media and elsewhere will say that the drama in Anchorage portends worsening US-China relations and high potential for crises. That may be exaggerated. This first clash, with perhaps others to follow, is necessary as the Biden team sees it. It was needed both to assure allies of the rock-solid US commitment to protect the mutual interests of like-minded democracies against manifold Chinese challenges, and to make it crystal clear to China that the United States and its allies and partners will stand firm on issues of highest interest to them.

Once China realizes that the United States, contrary to the statement Chinese officials issued yesterday, is indeed dealing from a position of strength, the relationship will return to one in which the most difficult issues can be managed and cooperation can be explored.

Barry Pavel is senior vice president and the founding director of the Scowcroft Center for Strategy and Security at the Atlantic Council.

Who will organize the world? That’s what’s at stake in the Biden-Xi contest.

If Biden’s vision is for the United States to create a band of reinvigorated democratic sisters and brothers, inspired by the country’s revitalization, Xi’s vision is for a world where each country’s political system, culture, and society are its own business. Will either view come out on top?

How should the next National Defense Strategy balance terrorism, rogue regimes, and great-power competition?

Our experts explore how the United States can tackle terrorism, address the advances of rogue regimes, and establish a balance between competition and cooperation with other global powers.