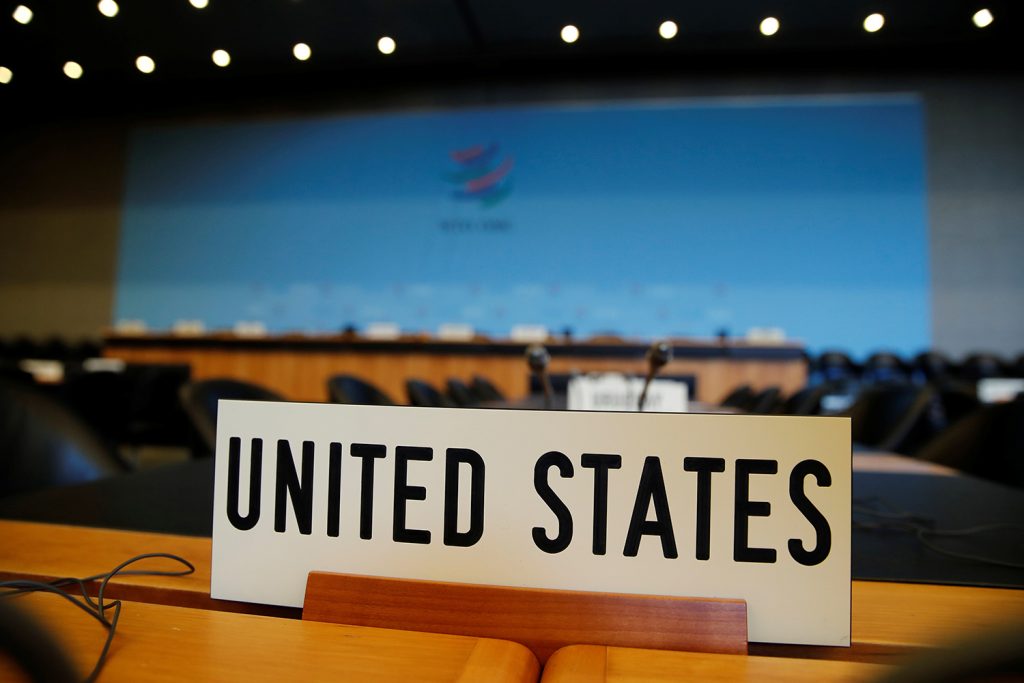 As US President Joe Biden moves quickly in his first one hundred days to address key priorities, one issue is crying out for urgent action: the precarious state of the World Trade Organization (WTO), which is confronting a variety of immediate and long-term crises. While the Biden administration has expressed its strong support for reform of the body and working with other WTO members, so far its specific positions and goals regarding the institution remain vague.

The Biden administration has already won kudos for joining a consensus in the WTO’s General Council to select Ngozi Okonjo-Iweala as the WTO’s new director-general. But these kudos were easily earned after the Trump administration vetoed Okonjo-Iweala’s appointment despite her strong credentials and support from other WTO members, spurring an avoidable crisis. And the Biden administration must now address a remaining crisis from the Trump era: putting the WTO’s Appellate Body back in operation by unblocking the appointment of new members, even if this effort will take more time given the justifiable push for some fundamental reforms in the WTO’s dispute-settlement system.

The crisis over the WTO’s top court, in fact, may be resolvable over the course of this year. A solution could involve a truly multilateral effort, with all WTO members—including the United States and China—coming together to revitalize the institutional foundations of the organization and resume the Appellate Body’s effective system of resolving disputes and enforcing the results. In its Trade Policy Review, the European Union (EU) recently signaled its readiness to side with the United States on Appellate Body reform.

But when it comes to the WTO regaining its negotiating mojo, the picture gets bleaker. There are divisions galore among members. The alliances and battlefronts within the membership can shift from issue to issue; members in favor of more market-access liberalization in agriculture, for example, are not necessarily aligned with respect to industrial subsidies or even agricultural ones.

This long-stewing existential dilemma is rooted in the launch of the 2001 Doha Round. The membership’s collective hubris led the body to assume that major multilateral negotiating rounds were the best or even only approach to building out WTO rules and deepening market openness within the WTO framework. I too drank the Kool-Aid in Doha, Qatar in November 2001 when I was with the US Mission to the WTO in Geneva, believing that going big would eventually deliver comprehensive results. This vision brushed aside the reality that the WTO membership was much larger and more diverse than that of its predecessor, the General Agreement on Tariffs and Trade (GATT), and that it was much more multipolar—particularly with the inclusion of China, which formally joined in 2001.

Twenty years later, the WTO must urgently start to put new rules in place. While these rules should generally apply to all members, at least eventually, many members hope the rules will target China’s practices and specifically those maintaining its state-run behemoth of an industrial economy. Existing agreements appear limited in their capacity to discipline China’s worst non-market practices, although a newly functioning WTO dispute-settlement system could provide opportunities to test those agreements anew.

The WTO made important progress in 2013 and 2015 in jettisoning its “single undertaking” approach to multilateral negotiations on trade, concluding the Trade Facilitation Agreement and deciding to eliminate agricultural export subsidies. These new agreements were exceptional in that they were one-offs rather than being held hostage to failure to negotiate all pending issues in an overall agreement. But multilateral and even plurilateral efforts since then on topics like fisheries subsidies and e-commerce have not inspired confidence. Each negotiation has had its specific challenges, and with many China has been a central player and even an obstacle. Talk about the importance of negotiations more directly addressing China’s state support of national champions—either state-owned enterprises or enterprises receiving government subsidies—often glosses over the question of how to build consensus in Geneva.

This reality begs the question of how to negotiate new rules that can address China’s worst behaviors in the global marketplace—and whether that is even possible with Beijing at the table. China may stand alone in its combination of a state-directed economy and massive consumer, manufacturing, and now digital bases, but its practices could lead other members to engage in similar trade-distorting activities if the WTO does not start to develop some new rules in the near future.

The other two major players, the United States and the European Union, could likely play larger roles in building new WTO rules that confront the challenges posed by China. Both appear inclined to work together, as evidenced by their tentative efforts with Japan to develop a “trilateral” approach during the Trump administration. And in its recent statements of objectives for revitalizing EU-US trade initiatives, including in the Trade Policy Review, the EU has highlighted bilateral collaboration on WTO reform.

With respect to specific challenges posed by China, however, the EU tends to argue that there is no option other than to include China in negotiations aimed at its policies because otherwise the central target of some of these new rules would get a free ride. A counterargument emerging from the United States contends that including China in these negotiations right from the start will ensure that meaningful future rules are off the negotiating table.

Outside the WTO, countries have pursued plurilateral approaches to creating trade rules that generally involve free-trade agreements. The Comprehensive and Progressive Agreement for Trans-Pacific Partnership (CPTPP) is the best example: It involves a large number of countries, even without the United States, and includes significant rules against trade-distorting activities, such as those undertaken by state trading enterprises, that go well beyond existing WTO rules. In fact, when the CPTPP was originally initiated in 2009 as the Trans-Pacific Partnership, with the United States in a leadership role, its advocates saw an opportunity for this group of Asia-Pacific countries to develop global standards for trade that might eventually counter the China model or even tame it if China were to consider joining at a future date. That vision now seems a bit naïve given US views of China as a strategic competitor, but it should not be considered entirely irrelevant.

The ideal scenario going forward is to adjust ongoing negotiations and initiate new ones to establish an updated set of global standards for trade through the WTO rather than outside it. This could restore the WTO’s negotiating function and even provide momentum for collective efforts to confront the China challenge in global trade. However, this may first require greater readiness among members to pursue WTO plurilateral negotiations—in current WTO parlance, “joint statement initiatives”—and also find common ground on whether to include China in the talks. A recent paper from India and South Africa, expressing their view that plurilateral agreements are inconsistent with WTO requirements, will not help matters, as these two members continue to disrupt earnest efforts by many other WTO members to find new paths forward.

There may still be potential for achieving fundamental WTO reform and enlisting China as a willing participant in it. In the last four years, the Trump administration’s policies and rhetoric posed a greater existential threat to the WTO than even China’s state-directed non-market practices. Yet times are changing, especially with the Biden administration, presenting a momentous opportunity to build confidence that the WTO deserves to endure in the future. If these efforts are to be successful, China will need to be a centerpiece in these reforms—as both object and subject.

The Trump administration’s plan to upend the WTO

Now the WTO may be confronting a true existential threat brought on by the Trump administration, even at a moment when COVID-19 has severely limited its activities and its “leader,” Director General Roberto Azevedo, announced his departure a year before the end of his term. This new threat comes in the form of an announcement by the US Trade Representative (USTR) Ambassador Robert Lighthizer that the administration plans to “reset” its tariffs, which have been bound at an average rate of roughly 3.4 percent as the result of decades of give-and-take trade negotiations.

Image: The name place sign of United States is pictured on the country's desk before the General Council meeting at the World Trade Organization (WTO) in Geneva, Switzerland, July 26, 2018. REUTERS/Denis Balibouse