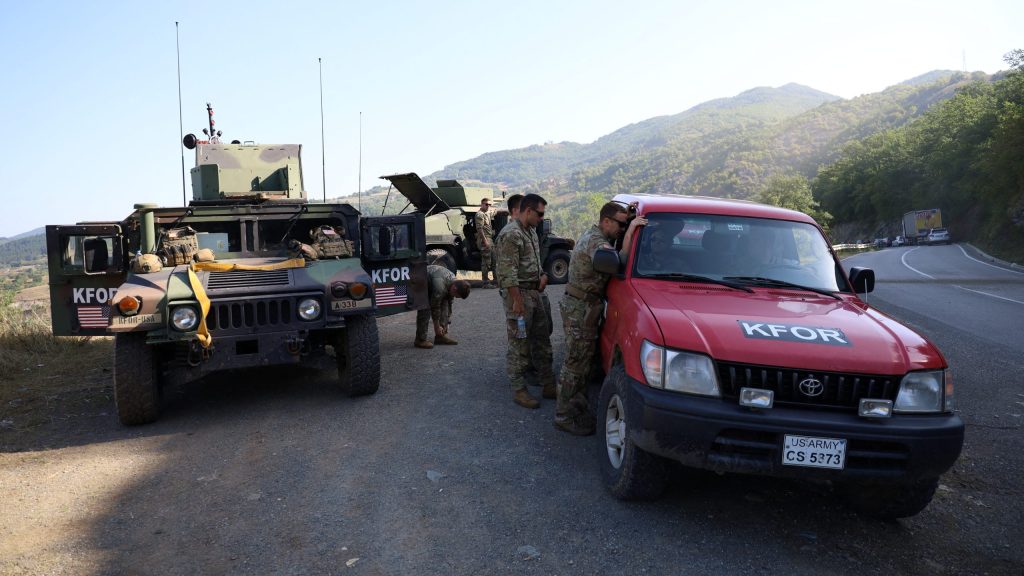 This piece was updated on August 22.

Another round of discussions between Serbia and Kosovo ended inconclusively Thursday in Brussels, even as tensions between the two countries continue to spiral. The stakes are high: Violence almost erupted two weeks ago in the north of Kosovo, with local Serbs raising barricades and Serbian President Aleksandar Vučić warning that open conflict was imminent.

The failure of the dialogue has ominous implications not just for the region, but for Europe’s longstanding approach to peacemaking. The war in Ukraine has ushered in a new era on the continent and emboldened local leaders to test the limits of brinksmanship. Merely facilitating dialogue between the two sides may no longer be sufficient.

The cause of recent tensions was Kosovo Prime Minister Albin Kurti’s move to implement requirements that anyone entering Kosovo with Serbian identification documents needs to be provided a declaration sheet at the border crossing to temporarily replace the Serbian documents, and that cars bearing Serbian license plates for cities in Kosovo be replaced by plates issued by Prishtina. Belgrade continues to claim that Kosovo is a part of Serbia, so it sees acquiescing to Prishtina’s move as de facto recognizing Kosovo’s independence. Kosovo sees the move as reciprocal and fair, as Kosovars traveling to Serbia need to have Belgrade-issued documents on hand at all times.

Western leaders, with the United States in the lead, temporarily defused this most recent crisis by convincing Kurti to postpone implementing the reciprocity measures. The meeting Thursday in Brussels was supposed to make progress toward a solution that would head off a renewed standoff next month. But there was little pragmatism to be found, and European Union (EU) foreign policy chief Josep Borrell gave a curt statement, saying discussions will continue even though the summit failed to deliver a breakthrough.

Heading into Thursday’s talks, neither Kurti nor Vučić signaled any flexibility. The former insisted that pressure be applied to Serbia by Europe and the West. Belgrade has thus far failed to align itself with Western policy on Russia, refusing to fully implement sanctions tied to the war in Ukraine. Kurti says the measures being proposed are only fair, and that nationalist and pro-Russian rhetoric rampant in Serbia’s unfree media shows the true face of the Vučić regime—one that must not be propitiated and appeased.

Vučić, meanwhile, demanded that his Kosovar counterpart grant a measure of autonomy to Serbian communities in Kosovo—to bring into being the so-called Association of Serbian Municipalities. These were agreed upon in previous rounds of negotiations by Kurti’s predecessors, but Kurti ruled out implementing them once he was elected. Prishtina has also recently walked back another one of its previous commitments by disallowing the Organization for Security and Cooperation in Europe to facilitate Kosovar Serbs voting in Serbian elections. Vučić claims that all this shows Kurti is acting in bad faith. He insists that Serbia is committed to a peaceful resolution to the crisis and calls the move on license plates and ID papers a senseless, destabilizing provocation.

For ten years, EU officials have been tasked with mediating the conflict and trying to achieve “a comprehensive legally-binding normalization agreement” through the EU-facilitated dialogue. The EU sees itself as playing a neutral pacifying role in the region every time tensions emerge, working as an honest broker and providing the two sides a forum in which to work out their differences. That role may no longer be sustainable.

Russia’s war in Ukraine has changed dynamics in the Western Balkans. The Kremlin is actively inflaming Serbian voters’ anti-Western grievances and pro-Russian sentiment so that a compromise becomes exceedingly difficult for Belgrade. This constrains Vučić’s room for maneuvering. His time in office has been marked by successfully balancing between the West and revisionist anti-Western powers—but that, too, may no longer be sustainable. Kurti sees all this and is moving ahead precisely to force Vučić, and by extension the EU, into choosing sides.

Diplomatic successes often come at the very moment that tensions rise to unbearable levels. Those levels could, unfortunately, involve localized violence after September 1, when Kosovo is set to implement its measures for local Serbs. Though a wider war appears unlikely at this juncture—the NATO peacekeeping contingent in Kosovo is prepared to step in forcefully and increase troop numbers—riots and bloodshed are not out of the question.

Crisis, they say, breeds opportunity—and amid such a scenario, there may be a path forward. But it will involve the EU abandoning its neutral position as a facilitator and instead working hard to come up with creative solutions—and forcing them on both Serbia and Kosovo to an extent that it has never tried to do before. A grand bargain probably involves some sort of meaningful autonomy for Serbian minorities in Kosovo, granted in exchange for full and unconditional recognition by Serbia of Kosovo’s statehood.

None of these are new ideas. But we are in new times that require new vigor in pursuing ambitious statesmanship. Obviously, both Kurti and Vučić will ultimately need to make painful concessions. But the time for dialogue just for the sake of dialogue is behind us. The West must try to break the impasse. Doing anything less may prove disastrous.

Damir Marusic is a resident senior fellow at the Atlantic Council’s Europe Center.

Luka Ignac is a program assistant at the Europe Center.

This article was updated to more accurately reflect the nature of the Kosovo authorities’ requirements. 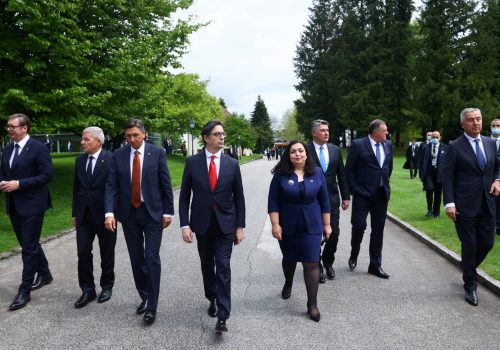 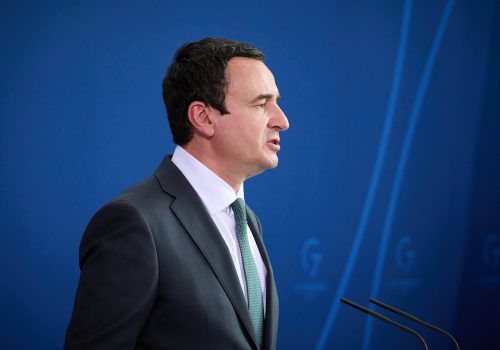 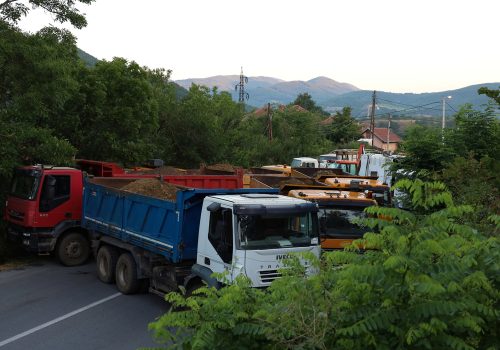 A border flare-up between local Serbs and Kosovars is a reminder that Brussels and Washington must change their formula to solve crises, writes Kosovo's former top diplomat.

Image: US troops help patrol a border crossing in Kosovo on August 18, 2022. Photo by Fatos Bytyci/REUTERS