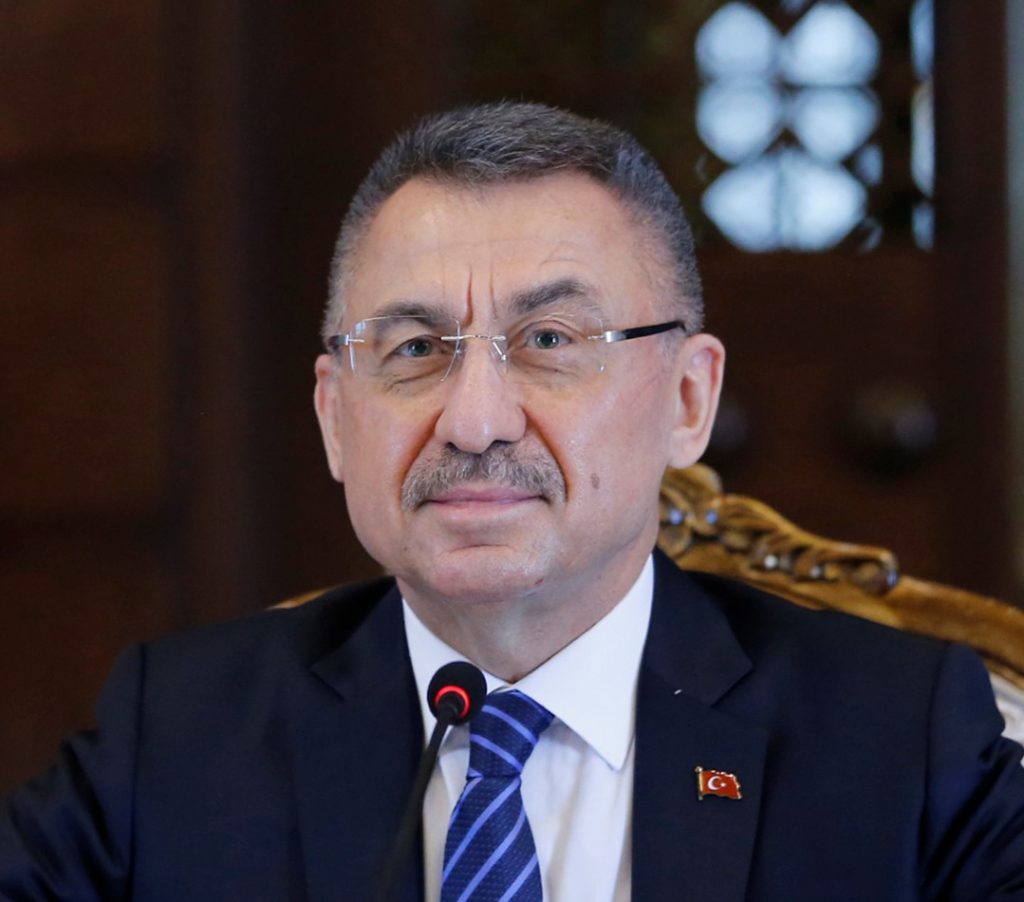 As the world begins to look to a future after the devastating coronavirus, Turkish Vice President Fuat Oktay argued on May 29 that many of the political and economic trends that policymakers took for granted before the crisis will be significantly altered once the virus passes.

Speaking with Atlantic Council IN TURKEY Director Defne Sadıklar Arslan and Turkish Heritage Organization President Ali Çınar, Oktay explained that the varied responses from governments have shown that many of the assumptions underpinning the pre-COVID-19 were not as accurate as previously thought. While before the crisis “the nation state was believed to be on the verge of extinction,” throughout the current outbreak “nation states were uniquely able to provide vital services,” he said. “During the pandemic, people turned to their national governments, rather than to international or supranational organizations,” he continued, as nation states have “unparalleled ability to mobilize resources, facilitate cooperation between the public and private sectors, and assist people and communities in need.”

The particularly poor showing by international organizations during the crisis should help drive home the need for further reform of these institutions, Oktay stressed. “We must reform and improve existing institutions and if necessary form new organizations to address pressing problems,” he argued, pointing specifically to the World Health Organization (WHO) for its slow response and inability to coordinate joint international action, as well as the United Nations, which failed to reach agreement on a global ceasefire during the pandemic. Although US President Donald J. Trump has called for defunding the WHO, Oktay argued that “abolishing or defunding those bodies is not a constructive approach,” suggesting instead that focus be placed on making these organizations more representative of the global community and create “leaner” institutional structures to avoid overcomplicated and bureaucratic largesse.

The damage the virus has wrought on wealthy and militarily powerful countries such as the United States and Europe means that views on national power should also be adapted, according to Oktay. Turkey’s relative success in combatting the virus—recording only 4.489 deaths and approximately 162,00 cases—has been a result of its intentional investment into its healthcare sector, the vice president argued. “We were ready before the pandemic. Under President [Recep Tayyip] Erdoğan’s leadership, we invested billions of dollars since 2002 into our free and universal healthcare system, supported the manufacturing industry, and maximized our state capacity,” he explained. He noted that “all patients including foreigners receive treatment for free,” in Turkey and that Ankara has coordinated shipments of medical supplies to more than eighty-four countries, including the United States.

While many political scientists and policymakers have long viewed economic and military might as the primary sources of national power, Oktay argued that COVID-19 has shown the “limits of this realist approach as supposedly powerful nations experienced bigger problems.” New national factors such as the strength of civilian infrastructure, healthcare, social security systems, supply chains, and political stability, may soon be critical measures to evaluate state power, he said.

The global economic order will likely also witness a transformation as the world’s dependency on manufactured goods from China trigger huge economic shocks when the virus forced Beijing to lockdown most of the country, according to Oktay. “Countries with weak manufacturing sectors suffered sudden shortages that resulted in bidding wars for medical supplies,” he explained, adding that this disruption “revealed the importance of self-sufficiency and alternative supply chains.” He predicted that “the world economy will move from a single supply chain to a multiple supply chain [system] which limits exposures to supply shuts,” potentially providing significant opportunity to countries with advanced manufacturing bases, such as Turkey.

One pre-COVID trend that will not abate is the growing competition between China and the United States, Oktay admitted, whose de-coupling will likely accelerate because of the crisis. Oktay said that nations have often been caught in the middle of Beijing and Washington’s feuds and have been hurt by being forced to choose one side or another, adding to the reasons that international institutions need to be reformed to represent the interests of the rest of the global community, not just the two major powers.

At the same time, Oktay acknowledged that the COVID-19 crisis could also serve as an opportunity to strengthen the US-Turkey relationship, which has suffered in recent years from high profile disagreements over Turkey’s acquisition of the Russian S-400 missile defense system and the United States’ partnership with Kurdish forces in Syria. Oktay said that Turkey has viewed these issues in isolation and continues to believe in strong US-Turkey ties, but that many in Washington have let these disagreements infect their overall view of Turkey. He wishes that the current crisis will provide an opportunity to “understand each other,” especially after Turkey’s rapid provision of aid to the United States. He reported that already US and Turkish officials “have started communicating with each other a lot better” on issues such as the conflicts in Libya and Syria, but he hopes that both sides “keep that channel open” and “start opening other channels to create again trust between the two countries at the community level, at the congressional level, [and] at the institutional level.”

Oktay stressed that the world has changed dramatically since the onset of the pandemic, and will provide opportunities and challenges that all world leaders should be careful not to ignore.