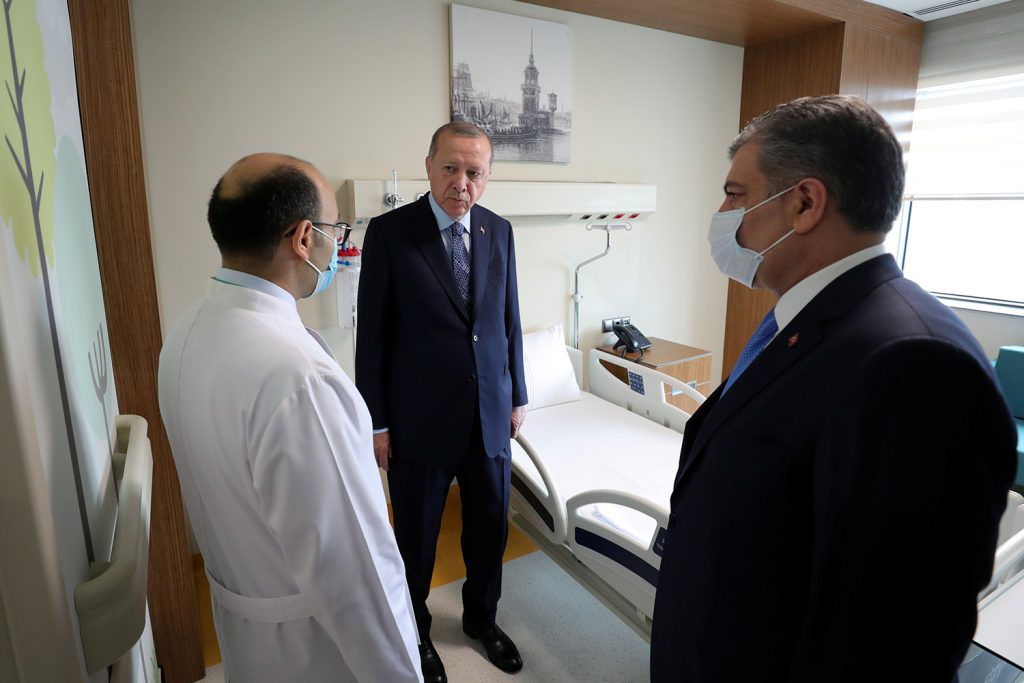 In early March, I expected a full-blown health catastrophe here in Turkey. Nobody seemed to be taking COVID-19 seriously; virtually no one in my business and social circles seemed phased by media reports of the new coronavirus’s devastating spread to neighboring Iran and to Italy and Spain.

Meanwhile, the national government in Ankara had issued no official report of a single COVID-19 infection or death in Turkey until March 11, which did not seem credible. When, on March 13, I asked my team at our small environmental solutions company to work from home the following week, I sensed they felt that I was probably overreacting. After all, the Turkish government would not announce the first death from COVID-19 in the country for another two days.

I was disturbed the next day while meeting a senior Turkish government official at an outdoor cafe on the Bosporus. The place was packed with people offering traditional greetings of hugs and pecks on the cheek, even as news reports streamed in of hospitals overwhelmed in Lombardy and Madrid. The only person who seemed to understand the gravity of the situation was my friend from Ankara’s uppermost echelon, who became the first person to greet me with an elbow-bump as we sat down. He solemnly, yet honestly, broke the frightening news: “We have no idea how big the problem is at this point.”

My immediate emotional response was, of course, fear. I imagined the new coronavirus already raging in Istanbul’s outlying neighborhoods that teem with “immigrants” from Turkey’s provinces—which contains a large proportion of Turkey’s 3.7 million Syrian refugees—with us all packed together in this megapolis of over fifteen million.

And at first, my fears seemed well placed. Over the following weeks, Turkey had the highest COVID-19 infection rate of any country in the world. Social media in Turkey reverberated with terrifying rumors that all of Istanbul’s intensive care unit (ICU) beds were occupied while coronavirus patients continued to flow into hospitals.

In hindsight, however, I now see that the prudence and clarity shown by my friend at that Bosporus café echoed the Turkish Government’s general approach to this pandemic. Perhaps surprisingly, in April 2019, the Turkish Government had published a 229-page plan for fighting a pandemic, eleven months before it officially reported the first coronavirus infection.

And, when COVID-19 hit Turkey, Ankara stuck to its plan.

On March 13, two days after the first reported coronavirus infection and two days before the first death, the Turkish Government closed all of the country’s schools. Four days later, all restaurants, bars, cafes, and gyms were shuttered.

Next, those most vulnerable to the coronavirus—people over the age of sixty-five—were confined to their homes, indefinitely. Then, the most dangerous spreaders of the virus—people younger than age twenty-one—were also placed on an indefinite twenty-four-hour curfew.

With the most vulnerable and most dangerous isolated, Ankara imposed indefinite travel bans into and out of Turkey’s thirty-one largest municipalities, excluding goods.

Finally, the government imposed nationwide weekend lockdowns in April and May, which, usually, extended to four days.

Thus far, this strategy seems to be working. Unlike in Madrid or Lombardy or New York City, Turkey’s healthcare system was never overwhelmed by COVID-19 patients. And the world’s steepest coronavirus infection curve is now declining precipitously. Furthermore, Turkey’s economy avoided the devasting shutdowns seen across the United States and most of Europe, though restaurants and cafes are only now beginning to reopen.

The numbers also speak to the relative success of Ankara’s risky strategy while implementing limited lockdowns plus social distancing, testing, and tracing. According to Johns Hopkins University, as of May 26, COVID-19’s mortality rate in Turkey (the ratio of deaths to total cases) was 2.8 percent. This compares with 5.9 percent in the United States; 12.2 percent in Spain; 14.1 percent in the United Kingdom (UK); 14.3 percent in Italy; and 15.5 percent in France. Meanwhile, Turkey has suffered 5.27 deaths per 100,000 citizens. The corresponding statistic for the United States is 29.87; France, 42.35; Italy, 54.25; UK, 55.46; and Spain, 61.54.

Of course, the Turkish Government cannot claim all the credit. As Evren Balta and Soli Ozel in an Institute Montaigne study point out, several other aspects of Turkey’s culture and economy are helping to mitigate COVID-19’s impact. First, Turkey has a predominantly young population. Second, there are very few nursing homes in Turkey, with the elderly generally taken care of at home by family members. Third, Turkey has an unusually large number of ICU beds in private hospitals, which appears to have resulted not from prudent government planning, but rather from a shady gaming of Turkey’s national healthcare system by private hospital operators. Fourth, Turkey’s approximately 60 percent of COVID-19 cases occurred in Istanbul, which has the largest number of ICU beds.

Notwithstanding these caveats, however, the Turkish Government seems to have delivered. Minister of Health Fahrettin Koca has won high marks for the clarity, transparency, and credibility of his near-daily TV briefings—even from the government’s detractors. And, at the peak of the Eid al-Fitr holiday, President Recep Tayyip Erdoğan urged Turkey’s citizens to maintain social distancing.

In summary, Turkey may have found a way to keep the economy partially—or even largely—open while taming COVID-19, though there is still a way to go. Given that US President Donald J. Trump seems to genuinely admire President Erdoğan, maybe he can learn something from his tough counterpart in Ankara.

Matthew Bryza is a senior fellow with the Atlantic Council Global Energy Center. He served as a US diplomat for over two decades, including as US ambassador to Azerbaijan and deputy assistant secretary of European and Eurasian affairs. You can follow him on Twitter @BryzaMatthew

“Our Humanity Brings Us Together”: A Syrian woman entrepreneur in Gaziantep launches an intercommunal campaign to support families economically touched by COVID-19

Lobna Helli formed a ten-person team consisting mostly of women and started a movement called “Our humanity brings us together.” They facilitate connections between Syrian and Turkish families who either want to offer financial support or need financial help. With the funds they collect, they buy grocery cards worth one hundred Turkish lira and distribute them to those in need. They have reached more than one hundred families, so far.