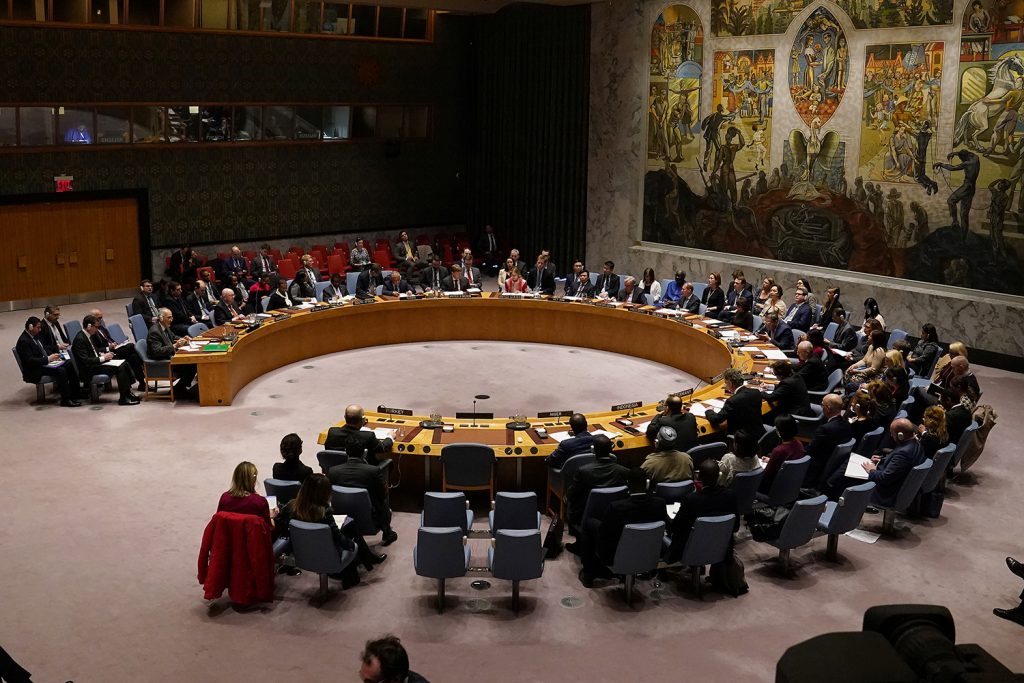 Brexit has not only cost the European Union (EU) one of its members, but also a coveted permanent seat at the UN Security Council (UNSC). The UK and France often provided a reliable tandem for the European Union at the UNSC, but now London and Paris may start to diverge more prominently, since the UK is no longer obliged to coordinate its positions with EU member states through Article 34 of the Treaty on the European Union. To retain its influence and maintain its global geopolitical ambitions, the EU should look for another permanent seat on the UNSC.

Although often bogged down in political paralysis, the UNSC continues to play a significant role in international affairs, mainly through its ability to impose economic sanctions, approve the use of force, and provide legal mandates for peace operations around the world. The five permanent members have a particular privilege and responsibility in the UNSC’s deliberations—the power of veto. Losing a permanent seat and the potential for the UK and France to split on occasion presents a particular challenge for the EU, which has much to gain from projecting power on this internationally important body. At a time when new emerging powers want to have their say at the UNSC and multilateralism is too often trumped by power politics, the EU should aim for at least two guaranteed seats at the table. The most plausible course of action for Brussels is to support efforts to increase the permanent membership of the UNSC, thus presenting an opportunity for the EU to grab another seat.

But this reform path is likely to be a bumpy road. The UNSC has not undergone serious reform since 1965, when its size increased from eleven to the current fifteen members (five of them permanent (P5) and ten elected (E10). The weakening of multilateralism, the reemergence of power politics, and the rise of new actors in the geopolitical arena certainly present a compelling case for changing the UNSC, and some countries understand this more than others. Russian President Vladimir Putin recently called for a summit of the P5 countries, on the margins of the 75th session of the UN General Assembly, to discuss the role of the UNSC in an evolving global environment.

Since the UN Charter does not allow regional organizations such as the EU to become members of the UNSC, the best bet for the EU member states lies in ensuring they have at least two permanent seats on the UNSC. From the perspective of the EU, the best candidate to become a new permanent member of the UNSC is Germany. It is the most populous European country, the strongest economic partner for the majority of EU member states, the fourth largest contributor to the UN budget, and has considerable political influence and soft power globally.

The UNSC reform push, however, remains stalled, as it has been discussed only in informal settings and the proceedings are not subject to the Rules of Procedure of the UN General Assembly. To formalize the process, the G4 states (India, Germany, Japan, and Brazil) have continued to press for a text-based negotiation, which may offer some hope for progress. Having an official draft document on the UNSC reform, which UN member states can work with and negotiate, would certainly be a step forward.

This initiative has garnered support of the UK and France, who agree that the four members of the G4 group should have a permanent seat on the UNSC. Russia and China, however, have been skeptical of this reform process and the United States seems to prefer the effectiveness of the UNSC over its representativeness. The European Union should actively support the G4 states’ push and lobby its international partners to advance discussions on this issue.

Germany is currently a member of the UNSC, but only as an elected member for a two-year term. The cooperation among all EU countries presently on the UNSC (France, Germany, Belgium, and Estonia) has been strong. Franco-German cooperation, in particular, has been effective, highlighted by Paris and Berlin holding a joint “twin presidency” in the UNSC last year and with the possibility of this happening this year as well. Building upon the bilateral Treaty of Aachen signed last year, the two countries have pledged to closely cooperate in numerous areas, including diplomacy, security, and defense. The treaty also explicitly mentions that France will help Germany in becoming a permanent member of the UNSC.

The transatlantic community needs a strong and stable Europe, whose bold vision can be backed by resolute action. As long as the UNSC remains an indispensable international body with executive powers to impose sanctions and authorize the use of force, the EU must actively work towards its proper representation at this important table. If this chance for European reassertion in global affairs is missed, other countries may sense this strategic hesitation and pursue actions that weaken Europe and, inadvertently, the transatlantic alliance as well. The time for the EU to act is now.

Peter Pindják serves as political coordinator at the Slovak Permanent Mission to the UN and as vice-chair of the 4th Committee (Special Political and Decolonization) of the UN General Assembly. In 2012, he was a member of the Atlantic Council’s Young Atlanticist NATO Working Group. As a Jack Kent Cooke Scholar, he earned MPIA in security and intelligence studies from the University of Pittsburgh and PhD. in national and international security from the Slovak Armed Forces Academy in Liptovský Mikuláš.

French minister: Europe is ready to prove its strength

Despite anxiety about the state of the European Union in the face of Brexit and political populism, French Minister of State for European Affairs Amélie de Montchalin argued that there is growing evidence that Europeans are “starting to see Europe as capable of being strong [and] sovereign.” Recent joint European actions and renewed focus on building Europe’s ability to act autonomously has proved “that we can use the capabilities that we have, the power we already have, to take initiative,” de Montchalin said at the Atlantic Council on March 6.

“The security of Europe is vital to the United Kingdom’s security [and] that will not change because we have left the political union of the European Union,” UK Defence Secretary Ben Wallace said on March 5.