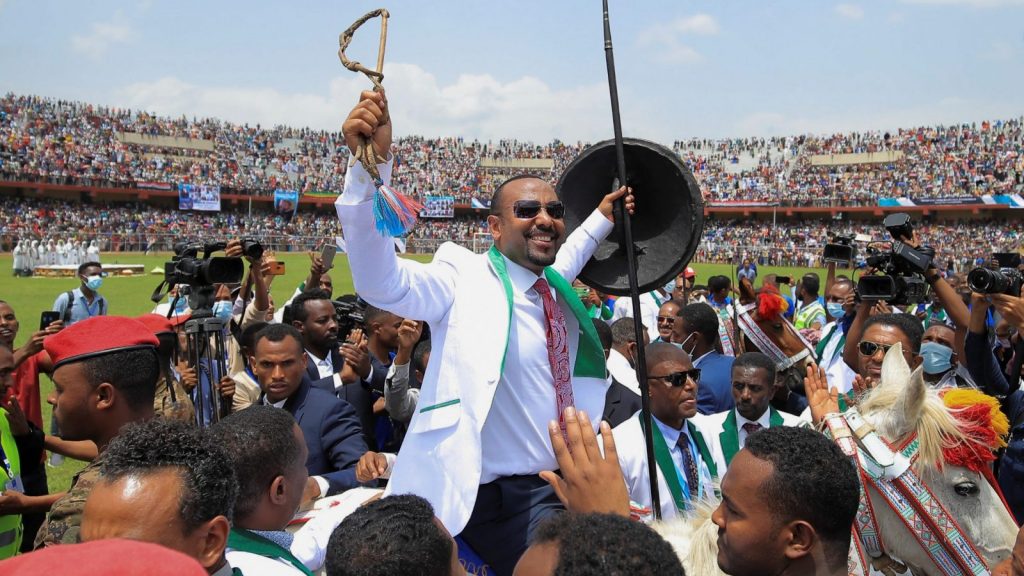 After being sworn in this week in front of tens of thousands of jubilant supporters, Ethiopian Prime Minister Abiy Ahmed promised “a new beginning” for Ethiopia as he begins a new five-year term. That’s precisely what Ethiopia needs after his first three years in office.

Inflation stands at a record-high 34 percent, the nation’s debt has reached a crippling $30 billion, and efforts to privatize some of the country’s corporate crown jewels, such as Ethio telecom, have floundered amid allegations of genocide and predictions of mass starvation as the conflict over the country’s Tigray region rages on. With the country’s trade benefits under the US African Growth and Opportunity Act likely to be suspended by the end of the month, what was once one of the world’s fastest growing economies suddenly finds itself on life support.

Since war broke out nearly a year ago in the northern region of Tigray, Ethiopia’s ethnic patchwork has only unraveled even further. Ethnic-based violence in the regions of Benishangul-Gumuz, Somali, Oromia, Afar, Amhara, and Southern Nations all suggest that Abiy’s original political ideology of “medemer”—an Amharic expression to convey a coming together beyond ethnic identity—has failed. Facts on the ground demonstrate that a military response alone will not suffice in addressing these mounting security threats and the level of displacement they’ve engendered.

As part of his “new beginning,” Abiy pushed through a new parliament—94 percent of which is controlled by his Prosperity Party—as well as the appointment of new cabinet ministers at the finance, defense, and peace ministries, nominally from opposition groups, in a move spun by his office as his “commitment to inclusivity.” But in tapping close allies and former subordinates, the move has prompted many to instead view the personnel change as style over substance—a deliberate attempt to re-assert control over key ministries involved in the war effort in advance of a new offensive intended to achieve a total victory.

Abiy’s biggest promise this week to mollify domestic opponents and international critics has been to convene a national political dialogue, which he claims will address the shortcomings associated with his original vision of “medemer.”

But nothing suggests the dialogue will fundamentally alter the failed attempt to create a unitary Ethiopian state and dismantle the system of ethnic federalism that lies at the heart of Ethiopia’s current crisis. With his strongest opposition likely to be excluded from that dialogue—particularly armed groups from Tigray and Oromia, which have been labeled terrorist organizations—there is reason to question the sincerity of any reconciliation process that does not engage the specific grievances that caused Abiy’s foes to take up arms.

Lower on Abiy’s list of priorities, but no less important, should be an effort to re-establish some goodwill with the international community before actors such as the United States make good on the punitive measures they’ve long threatened. With the expulsion earlier this month of seven high-level United Nations (UN) officials from Ethiopia on grounds—labeled by the UN secretary-general himself as baseless—of meddling in the country’s internal affairs, Abiy has instead put himself on a collision course with countries that questioned the legality of that decision and have demanded the officials’ reinstatement.

If he fails to abide calls to bring back UN officials, it’s difficult to imagine that the United States won’t designate top Abiy aides under the sanctions regime it introduced last month. But it’s even harder to imagine Abiy publicly relenting at this point in the face of international pressure after ignoring so many off-ramps to avoid punitive measures.

His government’s continuing humanitarian blockade of Tigray—beyond the widespread human-rights abuses that prompted the US government to open a genocide investigation—means that any national reconciliation must be preceded by mediation, peace-building, justice, and accountability for all the transgressions of the past year.

Judging by the triumphalism of Abiy’s remarks this week, that feels like an unlikely scenario. As the rainy season ends this month, fueling fears of a massive new government offensive, the situation on the ground in Tigray is likely to get far worse before it gets better. As the already dire humanitarian and human-rights situations worsen, so too will Ethiopia’s foreign relations.

But with an electoral victory, a vast parliamentary majority, and a seeming mandate to lead, Abiy now has some of the political capital he might need to begin to escape from the corner into which he’s painted himself.

As a first step—and on the advice of the three African members of the UN Security Council—he could compel his compliant parliament to rescind the terrorist designations against the Tigrayan People’s Liberation Front (TPLF) and Oromo Liberation Front, an essential first step toward ceasefire talks and eventual political dialogue. It is also entirely within his power to lift the blockade of Tigray and save as many as one million lives in the process.

To help him on this path, the African Union recently deployed a lifeline in the form of its new Horn of Africa envoy, former Nigerian President Olusegun Obasanjo. Privately, Ethiopian officials seem open to an African solution to their decidedly African problem: They appear to have faith in Obasanjo’s ability to keep Western powers at bay while offering Abiy a face-saving way to de-escalate, going so far as to invite him to establish a backchannel to the TPLF. As he builds out his team, Washington would do well to communicate its support for Obasanjo’s mission—but also stay at arm’s length, since any American fingerprints on this process could well undermine it.

Abiy’s call for “a new beginning” suggests at least an acknowledgement that Ethiopia is at a perilous point in its history. Although he continues to blame and punish those who oppose him, we must hope he realizes that more of the same war-making, ethnic division, and human-rights abuses will only produce more of the same poor results for the economy and his foreign relations. Abiy still has the possibility to live up to the spirit of the Nobel Peace Prize he received in 2019 for making peace with neighboring Eritrea. Let’s see whether he can do the same within his own country.

Cameron Hudson is a nonresident senior fellow with the Atlantic Council’s Africa Center and a former director for African affairs on the staff of the National Security Council. 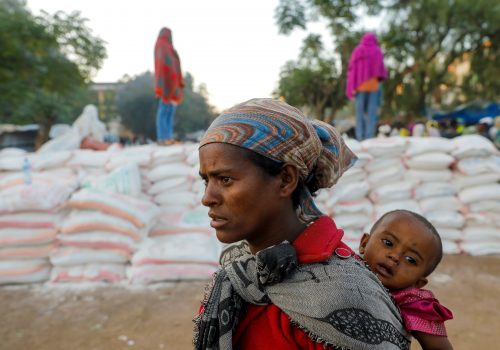 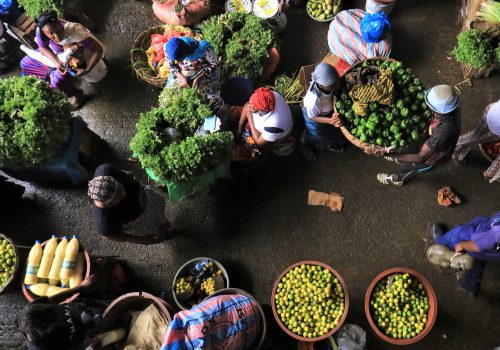 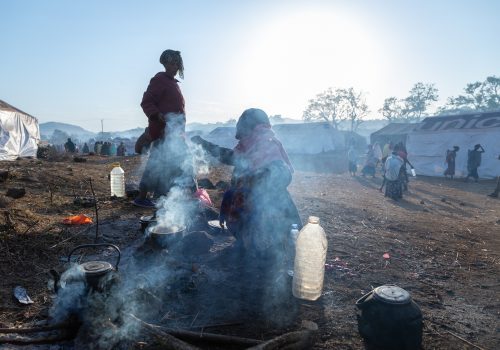