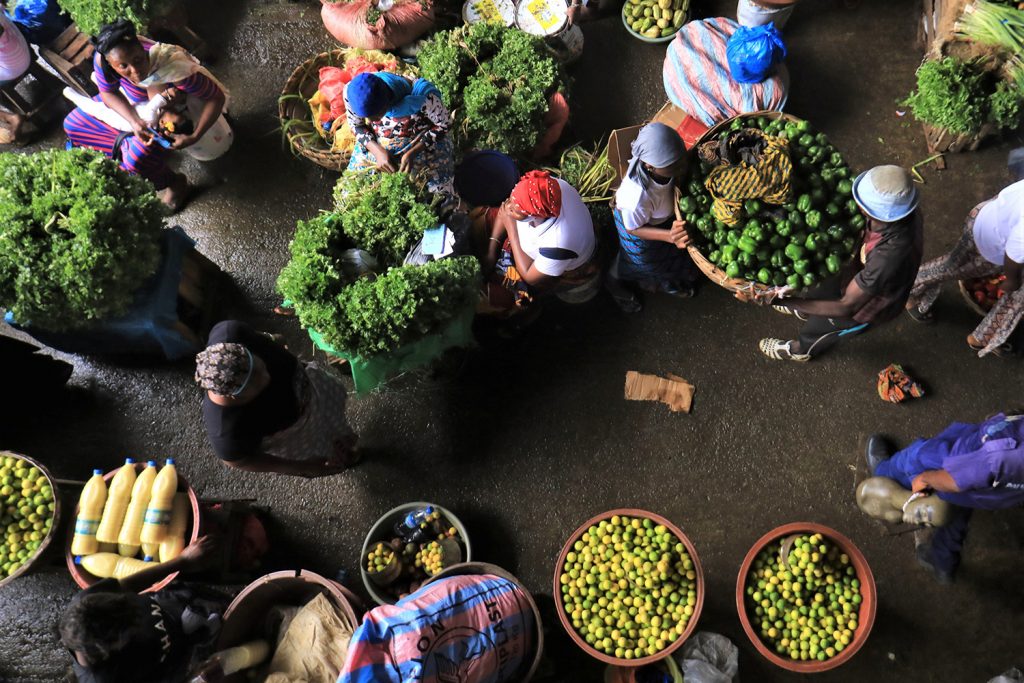 Today the world celebrates Africa Day, which commemorates the founding of the Organization of African Unity on May 25, 1963. On that day, as two-thirds of the continent obtained independence, thirty-two African nations met in Addis Ababa, hosted by Haile Selassie, in order to establish the institution.

“May this convention of union last 1,000 years,” the Ethiopian leader said, while Angola and Mozambique (still Portuguese colonies) along with South Africa and South Rhodesia (under apartheid rule) were fighting for their freedom.

Since then, that union has been succeeded by the 55-member African Union, “inspired by the noble ideals which guided the founding fathers of our Continental Organization and generations of Pan-Africanists in their determination to promote unity, solidarity, cohesion and cooperation among the peoples of Africa and African States,” according to its Constitutive Act.

If Africa seems geographically distant to Americans, it shouldn’t; the United States wouldn’t be what it is today without the labor force of Africans brought to the country as part of a bloody multi-century transatlantic trade. As the US Ambassador to the United Nations Linda Thomas-Greenfield recently pointed out, that experience is “just three generations back from me.”

Rather than being defeated by this mass depopulation—which cost it one-hundred million of its own, directly or indirectly, according to the macabre accounting of W.E.B Du Bois—Africa survived. Now it is the new frontier, full of all the promise presented by its youth, its dynamism, and its universalism despite the persistent presence of poverty on the continent.

As it re-engages with the world, Joe Biden’s United States will find a vigorous and uninhibited Africa, at least in the civil-society sector and among young generations, that does not expect leadership from the United States but rather a win-win partnership. With each passing day, Africa grows more critical for the United States in national-security and especially economic terms.

US policy in Africa has been thrown off course by China, which is methodically implementing a grand, 21st-century Marshall Plan for the continent through its Belt and Road Initiative. And Beijing is hardly to blame. As home to a large share of the world’s water resources, untapped arable land, and by 2050 nearly 25 percent of the world’s population, Africa has emerged as the most important piece on the geopolitical chessboard. Without a drastic shift in strategy, the United States is on the verge of being on the outside looking in for decades to come.

China is playing the long game in Africa and has strategically invested in infrastructure projects including railroads, ports, dams, and hydropower-generation sources. But these investments could be the warm-up act for China’s entry into fields traditionally dominated by the United States—namely technology and banking—where it aspires to compete with American heavyweights like Microsoft, Boeing, Google, and General Electric. Such game-changing moves would play into China’s larger ambition of unseating the US dollar.

All of these measures reflect the coming surge in economic demand from Africa. As the population grows, so too does its pool of potential consumers and clients. The African middle class, which stood at 355 million people in 2010, will reach 1.1 billion by 2060.

From Morocco to Ethiopia, Africa has become the workshop of the world. It was home to six of the world’s ten most dynamic economies in 2018. The world’s largest free-trade zone—the African Continental Free Trade Area—was launched in 2019 to put an end to the dramatic effects of the old colonial policy that prevented Africans from trading with each other. A cosmopolitan billionaire class has sprouted, largely from the tech sector, as Africa has experienced the largest telecommunications revolution in the world. Kenya is a global leader in developing mobile-payment systems. Smart cities are cropping up in Ghana and Angola. And companies like Google, Apple, Facebook, and Amazon invested two billion dollars in African tech ventures in 2019.

Encouragingly, the new generation of Africans driving this change do not want to live in a Leninist system. They want democracy, an open market, and free trade. This gives the United States an opening—if it is willing to act on it.

The Biden administration has sent strong signals that it is eager to engage. Biden earned positive reviews following his appearance at the 34th African Union Summit—his first international forum in office—during which he committed to stand as Africa’s partner and support African nations’ entrepreneurship and innovation.

A new policy toward Africa needs to chiefly reflect the realities that competition among global powers (Russia, Turkey, and others are vying with China for influence on the continent) and the major changes underway in African societies have a significant impact on the strategic long-term interests of the United States. The continent should be viewed through the lens of opportunity rather than risk. The Chinese have maximized the opportunity by being explicit with their investments, which prioritize long-term projects that minimize risk. As Senegalese President Macky Sall puts it, “What handicaps the continent is prejudice and the stigmatizing gaze on it. When it comes to investing in Africa, the perception of risk is always exaggerated, which further increases the cost of investment and debt. In fact, the risk in Africa is no higher than in many other parts of the world.”

China’s rapid advance in infrastructure investments will be difficult for Americans and Europeans to match. But Americans should invest in an area where they don’t yet have a competitor: cultural soft power. Fashion, entertainment, and even sports convey values of fair play, freedom, and success. During the Cold War, they enabled the American way of life to spread everywhere. Culture proved stronger than nuclear weapons. And that’s a good thing: Africa’s cultural industries are in dire need of investment. From the African Development Bank to the African Export-Import Bank, pan-African investors are working to address this. To launch this cultural and geopolitical revolution, the United States has a tremendous asset: its African American community, whose interest in the African continent is growing. Cooperation is beckoning from both sides of the Atlantic—from one new world to another.

Biden can further build ties with Africa by working to give its nations more influence on the global stage. He should do so not only because these countries have long been underrepresented within leading multilateral organizations—including the UN Security Council—but also because they offer innovative yet often unnoticed solutions to global challenges including terrorism, climate change, migration, debt, and COVID-19. African marginalization is no longer an option, and its nations will not soon forget who gave them a long-overdue seat at the table.

A new start with Africa is possible for the United States. It turns out that the world’s oldest continent is also the youngest. In this dual capacity, Africa has much to say. It’s time to listen to it.

Ambassador Rama Yade is the director of the Atlantic Council’s Africa Center. Follow her on Twitter @ramayade.

African outlook 2021: The Africa Center reflects on 2020 and looks ahead

Image: Vegetable sellers are seen in a market amid the COVID-19 outbreak in Adjame a neighbourhood of Abidjan, Ivory Coast June 18, 2020. Photo via REUTERS/Thierry Gouegnon.