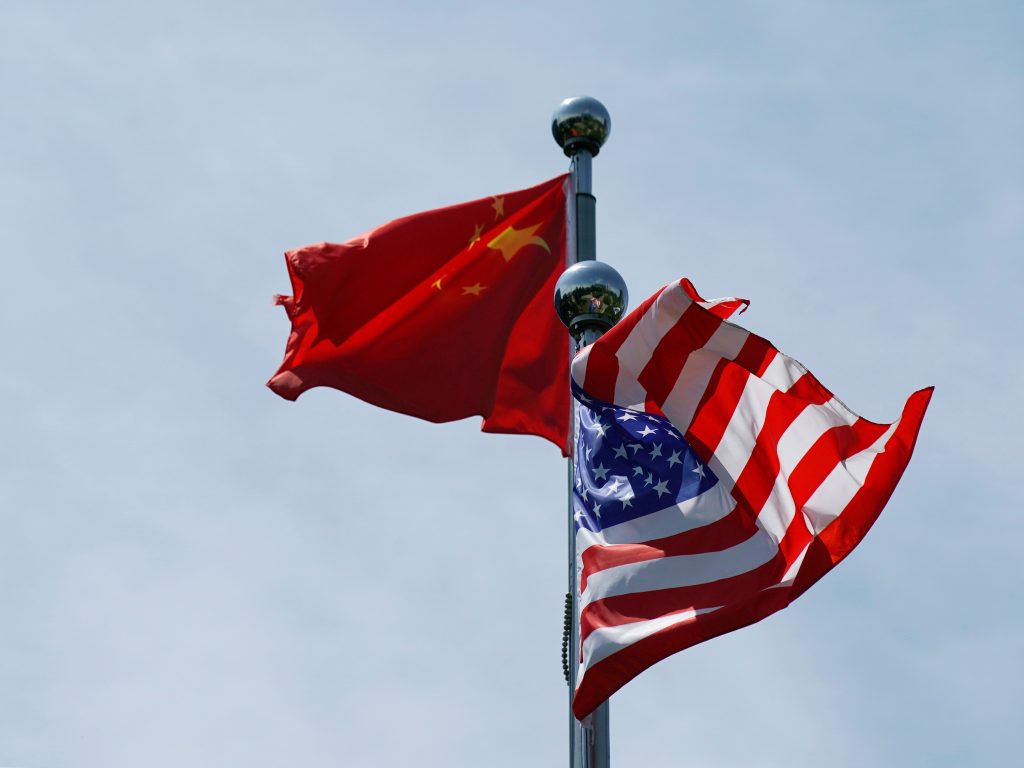 US President Donald J. Trump escalated his growing trade dispute with China on August 1, announcing that the United States would place additional tariffs of 10 percent on the so far un-tariffed $300 billion dollars’ worth of Chinese goods, effective September 1. These tariffs will be added to the 25 percent tariffs already on $250 billion dollars of goods, meaning that nearly all Chinese exports to the United States could be facing tariffs.

…We look forward to continuing our positive dialogue with China on a comprehensive Trade Deal, and feel that the future between our two countries will be a very bright one!

Trump announced this latest step after US Treasury Secretary Steven Mnuchin and US Trade Representative Robert Lighthizer met with Chinese officials in Shanghai for talks that ended on July 31. While both Chinese officials and Trump described the round of negotiations as “constructive,” the US president complained that China has not made material progress toward a comprehensive trade deal.

Trump administration officials have been negotiating with Beijing in an attempt to rebalance the United States’ trade with China as well as trying to curb China’s use of unfair economic practices, such as forced technology transfer, state subsidies, and intellectual property theft, which Washington argues puts US companies at a disadvantage.

Chinese officials reportedly backed out of a draft trade agreement with Washington in May, which surprised many in the Trump administration who thought the deal was near completion. While Trump threatened new tariffs in response to the collapse in talks, he paused this step after meeting with Chinese President Xi Jinping during the Group of Twenty (G20) summit in Osaka, Japan on June 29. In return for re-opening trade discussions and lifting some restrictions on Chinese telecommunications firm Huawei, Trump said that China had agreed to buy more US agricultural products.

Trump justified his August 1 tariff announcement by saying that Beijing had not made good on this promise to buy more agricultural products and that China had not fulfilled its December 2018 pledge to curb the sale of the drug Fentanyl, which is an important factor in the opioid addiction crisis throughout the United States.

…buy agricultural product from the U.S. in large quantities, but did not do so. Additionally, my friend President Xi said that he would stop the sale of Fentanyl to the United States – this never happened, and many Americans continue to die! Trade talks are continuing, and…

“The United States and China have moved further apart since the collapse in trade negotiations last May,” according to Hung Tran, a nonresident senior fellow in the Atlantic Council’s Global Business and Economics Program. “While the United States hasn’t announced any changes in its demands, China has hardened its positions, insisting on an immediate lifting of all tariffs, a balanced enforcement mechanism, and a reasonable expectation of China’s purchase of US goods,” he explained.

Robert A. Manning, a resident senior fellow in the Atlantic Council’s Scowcroft Center for Strategy and Security, argued that Beijing’s refusal to budge its negotiating position shows that “China [is] irritated with Trump’s tactics and seems to have decided to wait it out until the 2020 [US presidential] elections.”

Despite leveling this new threat against Beijing, Trump maintained that “trade talks are continuing,” and that his administration “looks forward to continuing our positive dialogue with China on a comprehensive trade deal and feel that the future between our two countries will be a very bright one!”

Bart Oosterveld, director of the Atlantic Council’s Global Business and Economics Program and C. Boyden Gray fellow on global finance and growth, argued that Trump’s conciliatory tone means that the United States and China “seem fairly close,” to an actual agreement. While new tariffs may “keep the pressure on” Beijing ahead of further talks, they are not going to be applied until September and are much lower than the 25 percent on other goods, Oosterveld maintained.

While Trump’s “messaging seems contradictory, it is in line with the administration’s conviction that more pressure in terms of tariffs is an effective tool to force concessions—and that it does not mean the end of negotiations,” Marie Kasperek, deputy director of the Atlantic Council’s Global Business and Economics Program explained. Should negotiations continue to stall past September, Oosterveld added, Trump has given himself “the option of further tariff escalation,” by keeping these tariffs at only 10 percent instead of twenty-five percent.

US markets reacted almost immediately to Trump’s announcement, with the Dow Jones Industrial Average erasing its previous 300 point gain in less than one hour. “As there have been increasing signs of strains in the global economy, with trade tensions topping the list of risk factors, we might have wondered whether the Trump administration’s penchant for tariffs was diminished,” Mark Linscott, a nonresident senior fellow in the Atlantic Council’s South Asia Center and former assistant US trade representative for South and Central Asian Affairs, said. But the new tariffs, he continued, “make crystal clear that this is not the case.”

The short-term market reaction may just be the beginning Linscott argued, as “observers will conclude that this continuing appetite for tariffs may have broader global consequences.” Kasperek also warned that “this continued tariff strategy does not give much hope for a positive outcome in the EU-US [trade] talks where the next deadline on a decision on car tariffs is just around the corner.”

Despite Trump’s optimism about eventually reaching a deal, “prospects for a meaningful resolution of the US-China trade war have receded even further,” according to Tran. “Tariffed trade is the new normal.”