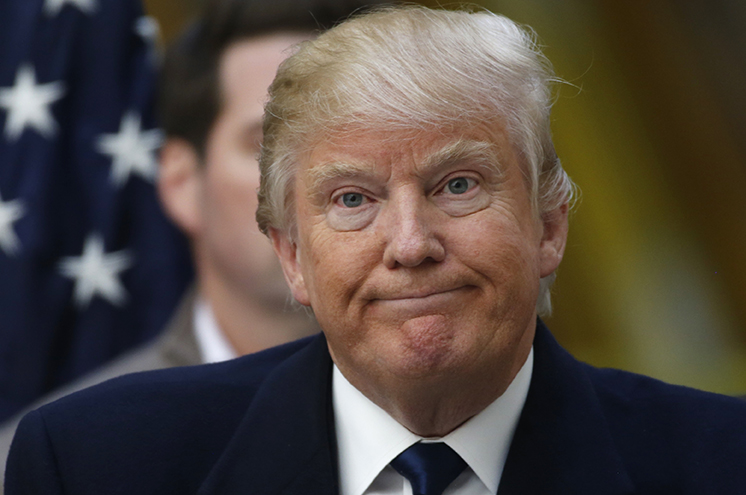 In a series of recent comments—most notably in extensive interviews with the New York Times— Donald Trump, the frontrunner for the Republican presidential nomination, has sketched a worldview and policies toward US allies that could unravel the entire post-World War II order.

Among other things, Trump says he would renegotiate all existing trade agreements, and recently called NATO “obsolete.” But most dramatically, Trump expressed a willingness to withdraw US troops, rip up longstanding treaty alliances with Japan and South Korea and have them obtain their own nuclear weapons. He would pursue such a course if Seoul or Tokyo refused to increase support for US forces (there are 50,000 US troops in Japan and 28,500 in South Korea).

This is a “Sopranos” approach to national security. Trump does not view the United States’ overseas presence and alliance network as public goods that enable US global leadership, deter adversaries, and enforce a rules-based international system. For Trump, it seems a matter of “protection money.” Never mind the shredding of US nuclear nonproliferation policy that, with a few notable exceptions, has fostered a norm against the spread of fissile material and nuclear weapons.

Worse, Trump seemed unaware that Japan, in addition to the burden of foreign military bases, pays $190 billion yen (about $1.6 billion) annually in host nation support (HSN) to the United States. Similarly, South Korea pays $867 million annually to offset the cost of US forces there. According to Trump, the alliances “are all one-way” and “we get practically nothing” from them.

Ironically, the reverse is true: Tokyo has been working to make the alliance more of a two-way street. Japan has adopted a new national security policy, revising the interpretation of its constitution to allow for collective self-defense and a larger role for Japanese troops in overseas combat.

In any case, without a forward-based air and naval force, the United States would not be able to project force across the region and quickly ebb as a Pacific power. The US nuclear umbrella and extended deterrence in Asia has underpinned peace and unprecedented prosperity in Asia. US trade with Asia exceeds $1.6 billion annually, including some $600 billion in exports of goods and services.

Trump has chosen a peculiarly odd time to raise the specter of US withdrawal and the nuclearization of Northeast Asia. North Korea is working feverishly to build an intercontinental ballistic missile capability and nuclear weapons, and amid disputed territorial claims, a more assertive Chinese military in the East and South China Seas has unnerved Asian nations from India to Vietnam. All of them are urging a strong US response and stepping up security relationships with the United States and each other in response to China.

China has been aggressively dumping sand on disputed reefs and atolls in the South China Sea to turn them into islands and has built ports, runways, and radar stations on some of them.

Asked by the New York Times journalists how he would respond to Chinese behavior, Trump said, “We have tremendous economic power over China.” But he seems unaware that with $1.2 trillion in US Treasury bonds, China funds a good chunk of the US budget deficit. Moreover, Trump has said nothing about certain Chinese retaliation if the United States used trade as a weapon.

Trump’s questioning of the alliances has stunned US allies. In Seoul, JoongAng Ilbo, a leading Korean daily editorialized: “We are dumbfounded at such myopic views of a leading candidate…Such attitudes can aggravate the distrust and discontentment of the world about Uncle Sam.” South Korean Defense Ministry spokesman Moon Sang-gyun would not comment on the US presidential race, but stressed that the US-South Korea Mutual Defense Treaty remained the bedrock of the alliance with Washington.

Japan views its alliance with the United States as the cornerstone of peace in the region. After Trump’s published remarks, Japanese Prime Minister Shinzo Abe said, “Whoever becomes he next US President, the US-Japan alliance will be the basis of Japanese diplomacy. There will be no change to our close cooperation.”

Since World War II, US global leadership has underpinned security and economic prosperity in Europe and Asia. In the Asia-Pacific, the US military presence, the power of the US market, and the appeal of the values of an open, rules-based system, has helped the region become an engine of unprecedented economic growth. This stable environment and the growth of an Asian middle class has also led to democratization. Since 1986, the Philippines, South Korea, Taiwan, Thailand, Indonesia, Mongolia, and most recently, Myanmar, have all seen democratic transformations.

But Donald Trump appears ready to change all that.

Robert A. Manning is a Senior Fellow in the Strategic Foresight Initiative of the Atlantic Council’s Brent Scowcroft Center on International Security. Follow him on Twitter @RManning4.

Image: US Republican presidential candidate, Donald Trump, said in an interview with the New York Times that he would be open to Japan and South Korea building their own nuclear arsenals rather than depending on the United States for their protection against North Korea and China. (Reuters/Jim Bourg)