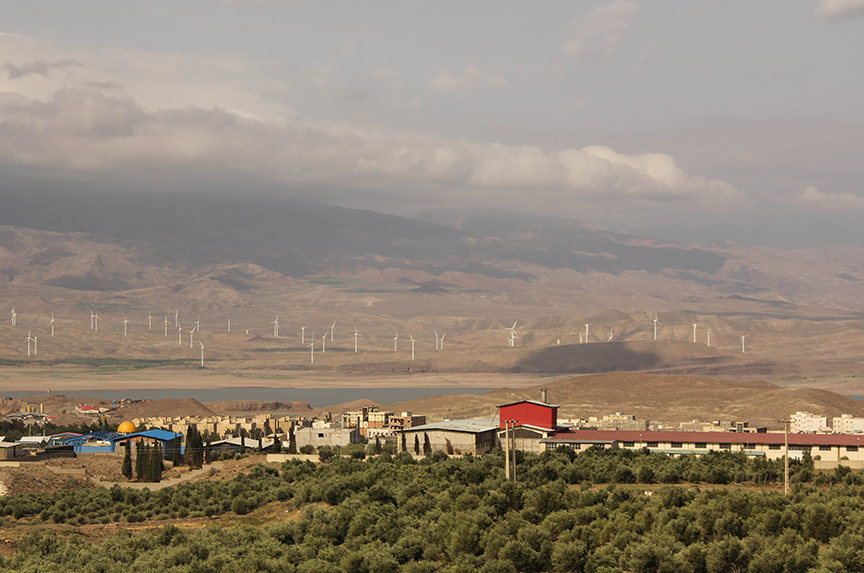 Doubts cast by US President Donald J. Trump about the future of the nuclear deal with Iran, US sanctions that have restricted access to foreign financing, and a tight budget have hampered the Islamic Republic’s ability to secure significant investments in renewable energy.

International banks have been reluctant to finance new energy projects in Iran as a result of Trump’s criticism of the nuclear deal that was reached between Iran, the United Kingdom, Germany, France, Russia, China, and the United States in 2015. This reluctance is compounded by the fact that numerous Iranian energy companies are supervised by the Islamic Revolutionary Guard Corps, which is subject to US sanctions.

Another key obstacle is the financial pressure faced by Iran’s Ministry of Energy. Decades of subsidies provided to citizens have widened the gap between the retail cost of electricity and the cost of production. As a result, the ministry owes an estimated $6.8 billion to private electricity producers. This has put a great deal of pressure on the ministry’s fiscal capacity.

Although these impediments have made the expansion of sustainable renewable power capacity difficult in Iran, the country remains fully committed to the Paris climate agreement and has a topography that is highly favorable for the development of renewable energy, particularly solar and wind power.

There are an estimated 28 million hectares of land where solar irradiance, the power per unit area received from the sun’s energy, ranges from 250 to 270 watts per square meter and another 2.1 million hectares have a mean annual wind speed of 8 meters per second and higher, which renders them suitable for harnessing these sources of energy.

Despite these factors, Iran produced only a modest portion of power from renewable sources in 2016.

Nevertheless, Iran has several incentives to bolster investment in its renewable energy sector. Those incentives include unpredictable oil prices, an urgent need to combat air pollution, and a motivation to export more of its resources: oil, natural gas, and electricity.

Under the terms of the Paris Agreement, Iran pledged to reduce its greenhouse gas emissions by at least 4 percent and as much as 12 percent by 2030. This would not only boost Iran’s international reputation and contribute to the international community’s collective responsibility of keeping global temperature rise below 2 degrees Celsius, it would also reduce the devastating pollution and air quality problems the country faces.

Iran has introduced several reforms to develop its renewable sector, including a five-year, feed-in tariffs plan that has allowed the electricity utility and subsidiaries of the Ministry of Energy to sign long-term contracts with renewable energy producers at guaranteed prices. To further boost this sector, in May 2016, the Renewable Energy Organization of Iran (SUNA) increased guaranteed prices for electricity generated at plants that have been built using local equipment and technologies.

Since 2015, foreign companies have scoured the Iranian renewables sector for long-term investment opportunities. While it is a challenge for Iran to do business with most US companies as a result of sanctions, Tehran is likely to focus on attracting investment from countries such as China, the world’s largest market for solar panels and a leading producer of wind energy. China has fewer ties to the US banking system which makes it easier for it to do business with Iran. European countries, which have reaffirmed their Paris commitments—and their support for the 2015 nuclear agreement—despite the Trump administration’s withdrawal from the climate pact and threats to leave the nuclear deal, are also attractive partners.

Norway’s Saga Energy, for example, recently struck a $2.9 billion deal to build solar power plants in the central desert region of Iran. European firms from Italy, Switzerland, Greece, Germany, the United Kingdom, as well as companies from China and South Korea have either reached agreements or articulated a readiness to boost Iran’s renewable energy production. This could help develop a sustainable renewable energy platform in Iran.

In order to reach its potential in the renewable energy sector, Iran should enact new energy reforms, scrapping subsidies and repaying its deficit to electricity producers, while protecting low-income citizens in the paradigm shift to ever-cheaper renewable energy. Moreover, by focusing on European and Asian partners keen to enter this untapped market, Iran may overcome the inability to partner with US business.

Energy diversification and the transition to renewables are poised for major development in Iran. The benefits will flow to the Iranian people, foreign investors, and will go a long way toward global efforts to mitigate climate change.

Masoud Mostajabi is a project assistant with the Atlantic Council’s South Asia Center. Follow him on Twitter @MMosta1206.

Image: Wind turbines are seen in Manjil in Iran’s Gilan province in this 2013 photo. (Reuters/Michelle Moghtader)