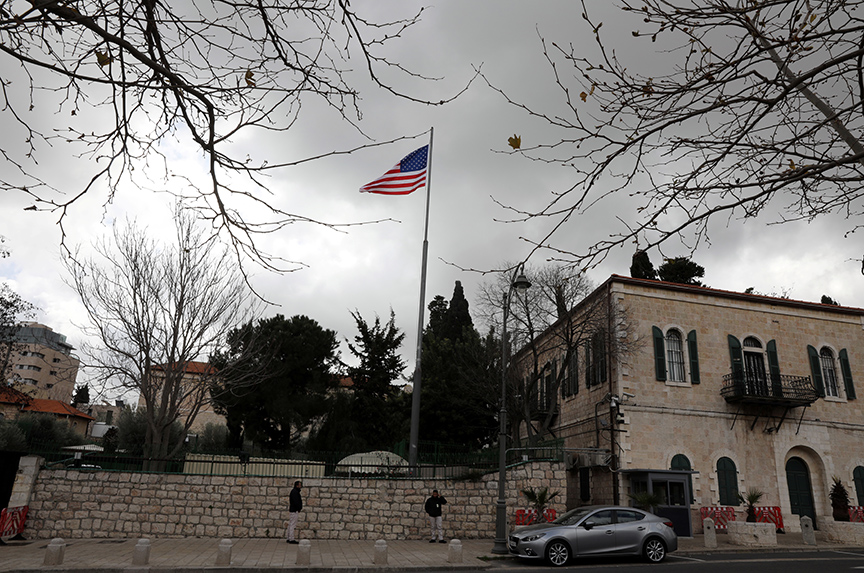 A US flag flutters on the premises of the former US Consulate General in Jerusalem on March 4. (Reuters/Ammar Awad)

The closure of the US Consulate General in Jerusalem—the de facto US Embassy to the Palestinian Authority—marks the end of an era.

The maintenance of a distinct diplomatic representation to the Palestinians, symbolically and practically independent of the US ambassador and embassy to Israel, signified our commitment to dealing with the Palestinian Authority as a valid interlocutor and as the precursor to a state for the Palestinian people living in peace with Israel.  It was a crucial component for building a working relationship with Palestinians and their security forces, and for the difficult pursuit, together with Israelis, Palestinians, and the international community, of the two-state solution to which we had been committed.

As ambassador to Israel from 2008-11, a time of strenuous, if ultimately unsuccessful, efforts to advance Israeli-Palestinian negotiations, I fully supported and benefitted from the separate US representation to the Palestinian Authority.

Although we sometimes disagreed with our colleagues at the consulate general, for the most part we coordinated effectively on issues affecting Israel and the Palestinians, and on building a relationship beneficial to both under often very difficult circumstances and considerable vitriol between them.  The consulate was an ever present reminder of the goal—two states living in peace—and of US commitment to it. Its closure speaks for itself.

It is profoundly to be hoped that there is indeed a better and more promising new era ahead for peace in the Middle East, and for Israel.  I have my doubts, along with many others in and outside the region.

James B. Cunningham is a nonresident senior fellow at the Atlantic Council. He is a former US ambassador to Afghanistan, Israel, and the United Nations.