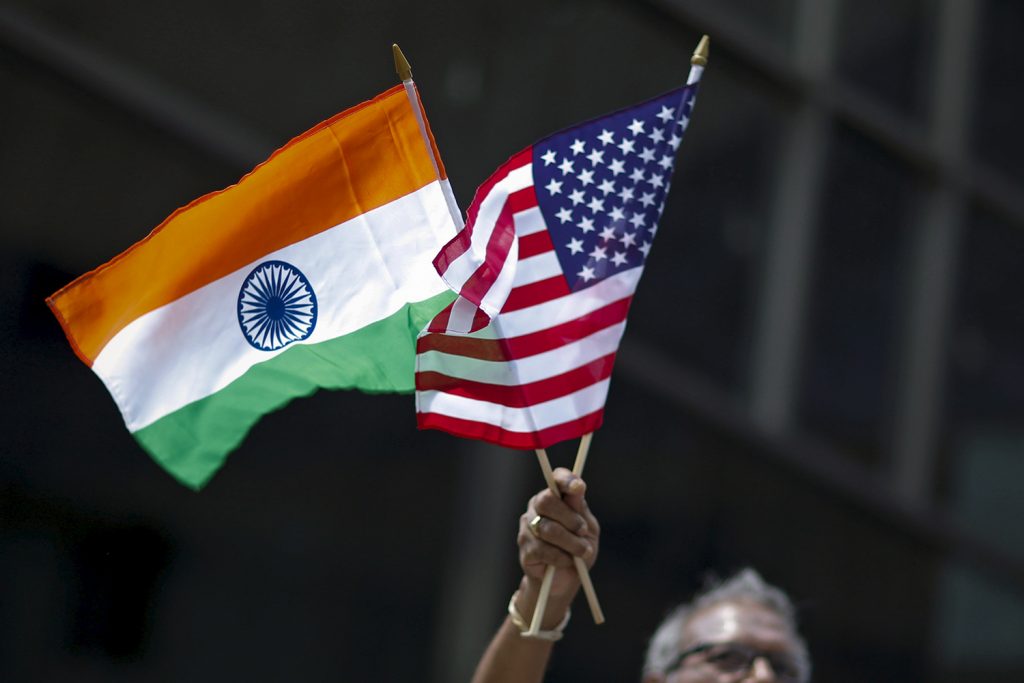 Sixty years after US President Dwight D. Eisenhower traveled to India to mark the beginning of the US-Indian relationship, the close ties between Delhi and Washington today “would scarcely be recognizable to Eisenhower’s contemporaries,” Ambassador Alice Wells, US acting assistant secretary of state for South and Central Asia, said on December 11. “Over the last two decades under four US presidents,” she explained, “we have built a stronger US-India relationship that helps uphold international norms, build prosperity, helps to counter terrorism, and advances our shared interests in Asia and beyond.”

South Asia experts gathered at the Atlantic Council on the sixtieth anniversary of President Eisenhower’s trip to Delhi, during which he challenged US embassy staff in a speech to think about what the world would be like in 2019 if the United States did not advance the cause of peace. Eisenhower travelled to India and ten other countries in 1959, Dr. William Hitchock of the University of Virginia explained, to “go to the world with a message of peace,” as the international community continued to be gripped by the escalating tensions of the Cold War. Susan Eisenhower—president of the Eisenhower Group and the US president’s granddaughter—explained that Dwight Eisenhower “learned to see things from the perspective of the people who lived in [different] parts of the world,” partly because of his own extensive experiences living abroad. One of his greatest legacies, Susan Eisenhower argued, was that “he once and for all resolutely put America into the world and ensured that we did not have a retrenchment of isolationism after World War Two.”

Eisenhower’s trip to India still resonates today, Ambassador Rich Verma, vice chair and partner of the Asia Group and a former US ambassador to India, said because “many of the same issues that were covered on that trip—the rise of China, security issues with Pakistan, the defense relationship with Moscow—are still very much alive and discussed today.”

While some of the challenges remain, Wells argued that the US-Indian “relationship has come so far” since Eisenhower’s trip sixty years ago. “In Delhi there is a growing consensus that no relationship matters more when it comes to advancing India’s economic and security interest as well as its global aspirations” than the partnership with Washington, she said. She specifically noted the “quiet sea change in recent years on how we do things with India,” as “outcomes are finally matching the rhetoric.” She highlighted the “2+2” dialogue process, which brings together the US secretaries of state and defense with India’s foreign and defense ministers for regular consultations, as well as “the Quad” meetings between US, Japanese, Indian, and Australian officials, as “important step[s] forward in aligning like-minded powers behind the principle of a free and open Indo-Pacific.”

“The defense and strategic relationship between India and the United States…is probably the biggest success story bilaterally of the last decade,” according to Alyssa Ayres, a senior fellow at the Council on Foreign Relations and former US deputy assistant secretary of state for South Asia. Admiral (ret.) John Richardson, former chief of naval operations for the US Navy, agreed that “one of the most important relationships we have is the relationship with India in the Indo-Pacific.” This developing partnership is a result, Ayres argued, of a growing awareness in India that the United States is “a power that can be uniquely helpful to supporting India realizing its own ambitions in the world.”

This ambition to be a growing player in their region is challenged by the rise of another key regional player: China. “Indians generally believe that their time has come,” Dr. Ashley Tellis, Tata Chair for Strategic Affairs at the Carnegie Endowment for International Peace, said. “But that coming is occurring in a context where there is a large almost superpower state on their doorsteps for the first time in their 5,000-year-old history,” he explained. Washington has therefore become an important partner, Tellis continued, because “the Indians have come to the recognition that they will not be able to deal with the China challenge unilaterally or alone.”

Congressman Ami Bera (D-CA) said that “the relationship between the United States and India can be a defining relationship,” but warned that “it has to be intentional” and based on “shared values.” He admitted that while he wants to focus US policy makers on issues such as bilateral trade and investment, many in the United States are growing concerned with reports of continued government crackdowns and detention in the India-administered region of Kashmir, following Indian Prime Minister Narendra Modi’s August decision to revoke the special status of the territory—which is claimed by both India and Pakistan. These concerns were compounded by the recent move to enact a new citizenship bill which critics argue is discriminatory against India’s Muslim population.

“India’s strength is as a secular democracy,” Bera said, adding that the concerning actions of the Indian government have become “a barrier to all the other things which we could truly accomplish.” Wells said that the United States has asked Delhi “to take additional steps to release detainees and restore political and economy normalcy” in Kashmir to “help ease local tensions.” She added that “as a fellow democracy, we want to ensure that one of the pillars underpinning our partnership are common democratic values remain strong.” Conceding that Indian officials may be angered by harsh US criticism of these policies, Bera countered that India “cannot be so sensitive to the external criticism. It has to allow us to raise questions and issues. That is what leading nations do.”

Despite the challenges, Wells was confident that the trajectory of the US-Indian relationship would remain positive. She reported that US and Indian officials continue to speak regularly on issues such as terrorism, the conflict in Afghanistan, trade, infrastructure, and digital policy. She reported that a “modest” bilateral trade agreement is likely to be finalized soon, which would be “the first step towards resolving larger market access issues” and strengthening the ties between the two economies.

Atlantic Council South Asia Center Director Irfan Nooruddin said that the December 11 event was held to mark President Eisenhower’s call in 1959 to imagine “what could be done if the people of the United States and India worked together.” On the sixtieth anniversary of that message, Wells reported that Washington and Delhi have successfully moved “from the era of ambitions to the era of achievements.”

Yet as negotiators prepare for the final stage of the talks, India’s efforts to advance three new tech policies could emerge as a potential spoiler. Preventing a downward spiral in bilateral trade relations will require India to tread cautiously in its approach to tech policy and delay new measures that would disrupt a trade deal.

Image: A man holds the flags of India and the U.S. while people take part in the 35th India Day Parade in New York August 16, 2015. REUTERS/Eduardo Munoz