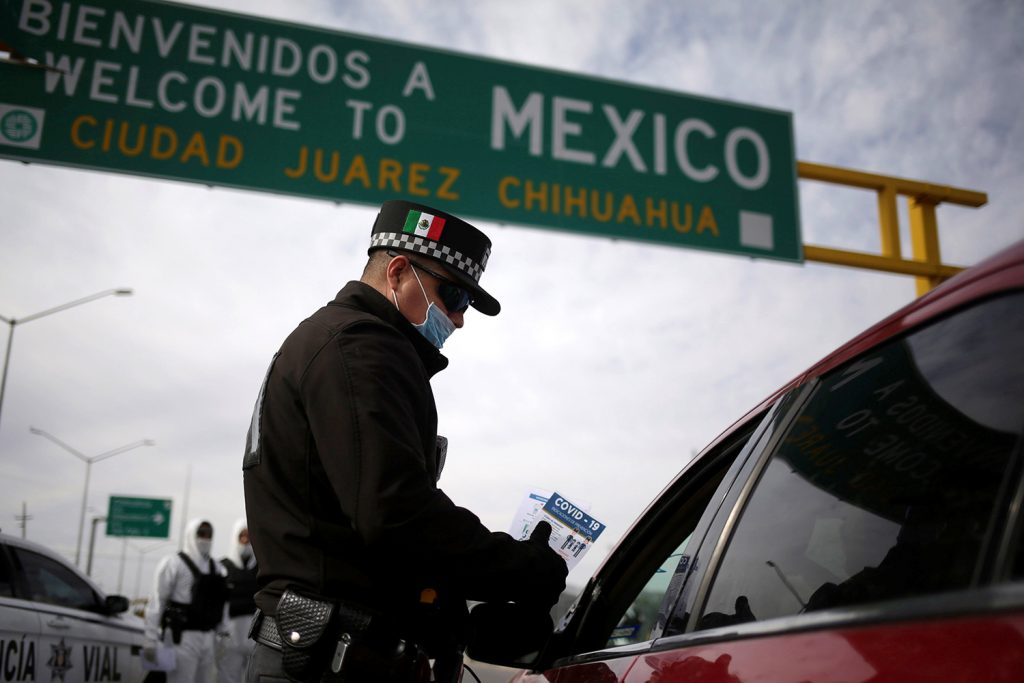 In the post-coronavirus (COVID-19) world, US-Mexico security cooperation will continue to be critical for North America’s stability and prosperity. Leading thinkers are debating whether the post-pandemic world will be more globalist or nationalist. In North America, a collaborative approach to improve security is key for a peaceful, prosperous, and competitive region.

The current health and economic crises might impact Mexico’s security in three ways: first, by causing social instability; second, by straining law enforcement resources in marginal regions; and third, by flaring up the migration crisis.

Scarcity and discontent may cause social unrest. While this is unlikely to affect the whole country, some areas—like densely populated suburbs—are particularly vulnerable. Some have used social media to call for massive store-lootings, a practice that began in 2017 when participants robbed nearly 250 stores after the government raised gasoline prices. Besides, the presence of violent groups—often hired by political operatives—that infiltrate and delegitimize peaceful protests to trigger violent police responses increases the risk of clashes between government forces and protesters.

This year, Mexico will have fewer fiscal resources to strengthen its rule of law. According to the International Monetary Fund (IMF), Mexico’s gross domestic product (GDP) will decrease by 6.6 percent in 2020, whereas Bank of America forecasted a contraction of eight percent. Meanwhile, Mexico’s Secretariat of Finance estimated that the federal government is expecting a reduction of 4.4 percent in tax revenue this year. These figures suggest that Mexico will have fewer economic resources for security, even after the enhanced security budget for 2020.

Moreover, law enforcement agencies will also suffer from staffing strains. On April 14, elements of the Mexican armed forces were deployed to support public security in Mexico City, where more than 2,184 police agents were sent home due to health concerns.

As law enforcement focuses on the pandemic, homicides reached a new monthly record in March. Eduardo Guerrero, a security analyst based in Mexico, argued that while crime trends may vary due to the quarantine, the most relevant criminal organizations in Mexico will be able to resist the short-term losses of the quarantine and they will be key players in the coming months.

Governance may be hindered in marginal areas due to diminished resources. This can have tremendous social and political consequences since the delivery of health and development services to the poorest communities can be compromised. In turn, non-state actors such as Transnational Criminal Organizations (TCOs) can fill the gaps left by governments and increase their political capital—a perilous scenario for the Mexican federal and state governments, since TCOs could control humanitarian aid or compete with the state to deliver it. This can happen in some areas of Michoacán and Tamaulipas, where media outlets reported that drug cartels are distributing aid packages. Government authorities must be present in marginalized areas during the COVID-19 outbreak and its aftermath, and Mexican President López Obrador’s high approval ratings can be an opportunity to strengthen the bonds between underserved communities and the state.

Finally, the pandemic might affect migrants stranded in Mexico, adding human damage and compromising social harmony in border areas. Migrant shelters in Mexico often operate over capacity and face particularly high risks of contagion. If migrants are not safe in Mexico, the risk of contagion in border areas will significantly increase. Thus, the United States and Mexico must find creative solutions to shelter migrant communities, both for humanitarian reasons and for social stability.

To help avoid these scenarios, the United States and Mexico must strengthen their security ties and continue with their security agendas. As former US Ambassador to Mexico Earl Anthony Wayne recommended before the COVID-19 outbreak, both countries should maintain and expand their bilateral security task forces, increase intelligence sharing to reduce the flow of weapons and illegal drugs across the border, and maintain the flow of US aid destined for security and rule of law.

The current situation presents an opportunity to explore other areas of collaboration. For example—as a US-Mexico Security Cooperation Task Force led by the University of California San Diego suggests—both countries could increase subnational security cooperation. Additionally, maintaining and enlarging collaboration and aid programs with Central America could improve the whole region’s stability by reducing migration flows.

After the COVID-19 crisis, the United States and Mexico might be more connected. Supply chains may become more regionalized, reducing dependence on China and other regions. Securing those supply chains will be critical for North American competitiveness. Moreover, the looming shocks of the current crisis will remind us of the transnational nature of security in North America. TCOs operating in Mexico are not a “Mexico-only” issue, they are also dependent on US illegal markets and the flow of guns to the south.

US-Mexico security cooperation after COVID-19 can be a positive-sum game. The coming environment will be challenging and will require stronger cooperation. Mutual security threats remind us that—regardless of historical or ideological differences—the bilateral security agenda is, after all, a shared project.

Image: A police officer gives a leaflet with information about coronavirus disease (COVID-19) to a person entering to Mexico from the United States, in Ciudad Juarez, Mexico March 29, 2020. REUTERS/Jose Luis Gonzalez