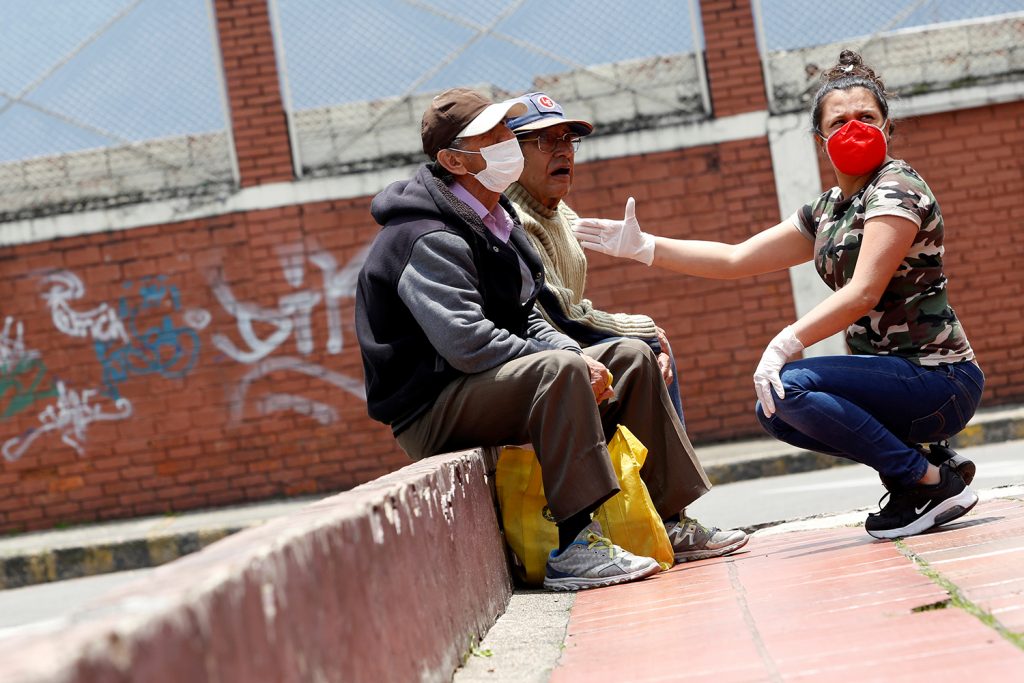 According to Fernando Llorca Castro, Costa Rica’s ambassador to the United States, most governments throughout the region have been preparing for outbreaks since the first news of the virus in China emerged in January. Costa Rica immediately began bringing “institutions from different sectors to the table” to discuss preparations by early January, he explained. Chilean Ambassador to the United States Alfonso Silva Navarro reported that his government set up a committee for coordination in January, while Hill Tinoco added that El Salvador “activated an enlarged health cabinet” at the same time. El Salvador also went as far as to suspend all flights from China and entry to travelers coming from China shortly after the World Health Organization declared an emergency on January 30.

As the virus spread into the region by mid-March, governments began taking escalating steps to limit its spread, despite low initial numbers. Colombia has already enacted a three-week quarantine for the entire country, the country’s ambassador to the United States Francisco Santos Calderón, explained, although documenting less than four hundred cases and three deaths so far. Santos Calderón added that “anybody seventy or older is going to be quarantined until May 30.” In Chile, over 80 percent of the cases are in the capital of Santiago, Silva Navarro reported, and in response the government has restricted internal movement to other areas of the country in order to limit the spread of the virus.

To help prepare for a potential explosion of cases, Silva Navarro said the Chilean government has already increased hospital bed capacity in the country from 37,000 to 42,000 beds, including the opening of five new hospitals. The government is also working on deploying a hospital ship to “move around the country” with spare bed capacity and a purchase of “4,000 ventilators by the end of the week. Costa Rica has just over 130 cases as of March 23, but the government has already begun construction on a specific hospital “to face only patients from [the] coronavirus,” while also “trying to keep all the [necessary] equipment and healthcare providers available to face this,” Llorca Castro said.

Regional policymakers are also focused on minimizing the potential economic effects of the outbreak and the quarantine measures. Hill Tonoco said that El Salvador has suspended electric, internet, and phone bills for three months, frozen monthly rental payments, mortgages, and loan payments for three months, and expanded unemployment protections. Similar protection measures have been launched in Colombia, Santos Calderón said, paid for by shifting money from the national oil company and the pensions systems, due to a preexisting tight government budget.

Despite the needed controls to help slow the spread of the curve, Llorca Castro maintained that regional governments “have been trying to keep the borders open” in order to sustain critical trade between countries. “Our borders are not closed,” Hill Tonoco added, “it is business as usual.” This does not mean that incoming goods and vendors are flowing full freely as normal but “the truck driver has to wear a mask,” and unnecessary passengers will not be permitted, she said, noting that border checks will ensure that goods continue to travel while restricting the contact individuals have with the general population.

Santos Calderón specifically warned about the challenge neighboring Venezuela, which has been enduring an economic and societal collapse under the regime of Nicolas Maduro for the last few years, will bring to Colombia’s efforts to slow the virus. “If something really critical is going to happen with this crisis it is going to come from Venezuela,” he explained, as poor nourishment and lack of any organized healthcare system makes the population there extraordinarily susceptible to the disease. Colombia’s healthcare system is already under strain from the millions of Venezuelans who have fled the Maduro regime and Santos Calderón fears that the refugee population will balloon as “if you are facing death and a lack of a health system, you will want to move to Colombia [for treatment].”

Santos Calderón conceded that the outbreak has created “a new challenge and [has prompted] a new way of governing during this period,” as cities, the private sector, and different government agencies all try to coordinate an effective response. “Nobody was prepared for what is happening,” he explained, but governments are taking every precaution that they can. “The life of one human being is worth every sacrifice,” Hill Tonoco said, adding that governments around the region “have done everything that is in our hands” to meet this crisis head-on.

While societies around the world struggle to contain the spread of the novel coronavirus (COVID-19), political leaders must continue to collaborate on solutions to mitigate the public health and economic effects of the virus.

Image: A mayor's office official wears a face mask while talking to two low-income elderly men outside a soup kitchen during the mandatory isolation decreed by the Colombian government, as a preventive measure against the spread of the coronavirus disease (COVID-19), in Bogota, Colombia March 21, 2020. REUTERS/Leonardo Munoz.