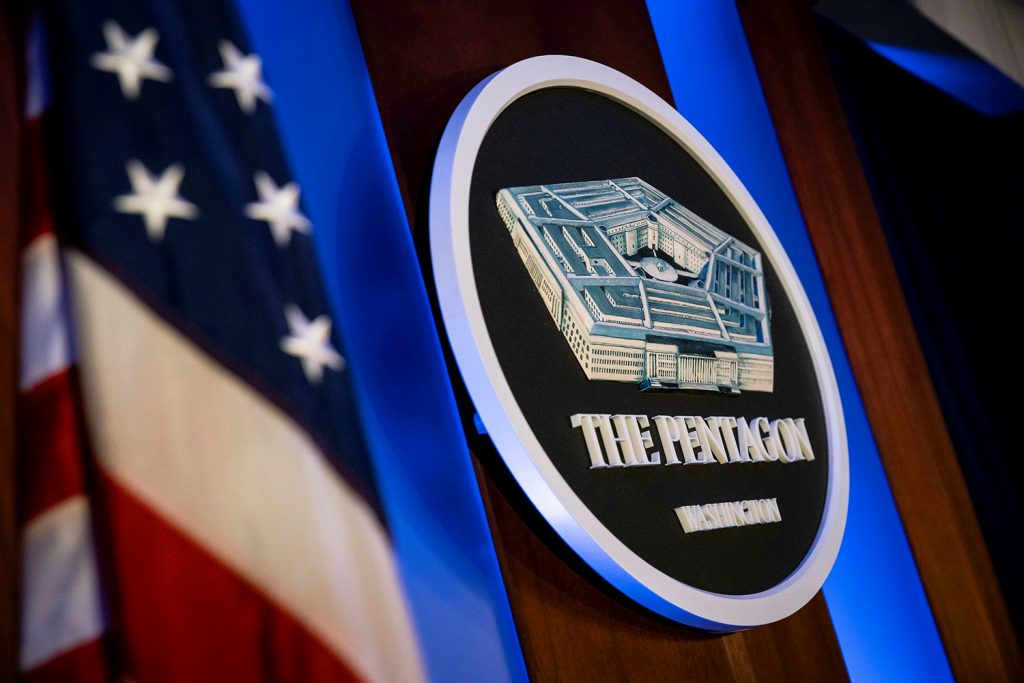 The Pentagon logo is seen behind the podium in the briefing room at the Pentagon in Arlington, Virginia, U.S., January 8, 2020. REUTERS/Al Drago/File Photo

Key takeaway: Successive years of stagnant defense spending levels and the prospect of lasting economic damage from the coronavirus pandemic could threaten to leave the United States handicapped in its growing military competition with rising powers China and Russia. According to Michèle Flournoy, former US undersecretary of defense for policy at the Department of Defense (DoD), if the United States does not significantly invest in new and emerging capabilities, as well as research and development (R&D), “over the next decade, the US risks losing its military technological edge [and] losing the ability to confidently deter China, Russia, other powers.”

US Representative Michael Turner (R-OH), who joined Flournoy in an Atlantic Council Elections 2020 event on August 26, further warned that China and Russia “are not just becoming adventuresome. They have already modernized” and could soon “be able to exceed what we have” in terms of modernized military equipment.

In this event, introduced by Deputy Director of Forward Defense Clementine Starling, and moderated by Atlantic Council Senior Vice President and Scowcroft Center for Strategy and Security Director Barry Pavel, both Turner and Flournoy argued that the United States needs to rethink the way it invests in its military capabilities if Washington wants to effectively deter its rising rivals. Here’s a look at what they said:

United States has fallen behind its rivals on modernization:

Competition beyond the battlefield

Learn more about the Scowcroft Center’s Forward Defense practice
This website or its third-party tools use cookies, which are necessary for its functioning and required to achieve the purposes illustrated in the cookie policy.