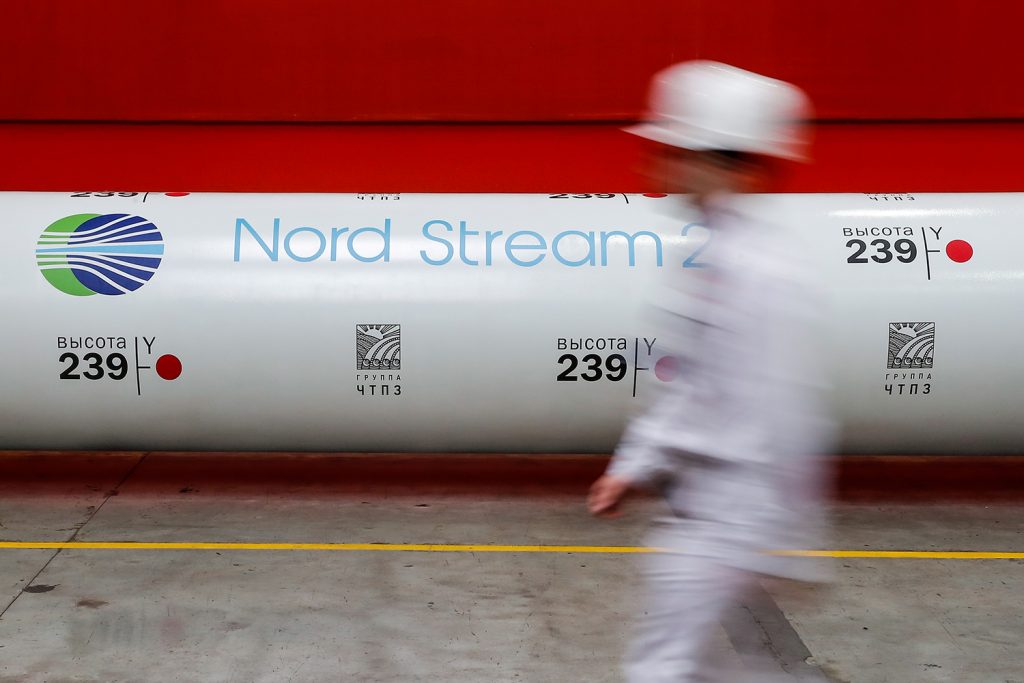 On July 15, the US State Department revised its guidance concerning the applicability of pipeline sanctions contained in section 232 of the Countering America’s Adversaries Through Sanctions Act (CAATSA) explicitly to include the Nord Stream II pipeline project as falling within the scope of the sanctions that can be imposed under the Act. Secretary of State Mike Pompeo announced the measure, noting that the Nord Stream II pipeline, which is nearing completion, threatens to give Moscow economic and political leverage over Europe and undermines EU energy security. The revised guidance also called out the second line of TurkStream, another pipeline project by Russian company Gazprom that connects Russia to Turkey through the Black Sea, for onward transmission to Europe.

Prior to the revision, the State Department guidance (from October 2017) contained an explicit exemption for pipeline projects that were signed before CAATSA became law on August 2, 2017, which included the Nord Stream II and TurkStream projects; Germany in particular raised significant concerns over CAATSA because of the Nord Stream II implications. The revision makes clear that the State Department will not exempt Nord Stream II or any past projects from the scope of potential sanctions, and instead revises the focus of the sanctions to be on the investments described in section 232 made after the July 15, 2020.

As the investment threshold is relatively low ($1 million for any individual transaction or $5 million total in a twelve-month period), as a practical matter, any significant work done to advance the Nord Stream II pipeline project may be sanctionable. The July 15 guidance does specify that transactions taken to unwind involvement in the project would not be sanctionable, which gives companies currently engaged an out if they are simply winding down their involvement in the project.

On the face of it, this is a major escalation in the Nord Stream II saga by Secretary Pompeo and the Trump administration. While nominally targeting Nord Stream II, its effect may be to pit the United States against its NATO ally Germany in a stand-off over the long-disputed project. For full disclosure, the authors have argued before that the pipeline project does indeed run counter to US and EU national security interests, and we have sympathy for the aims of those in Congress and the administration. But we have also argued that sanctions are not the appropriate means to deal with the risks of Nord Stream II and may have the unintended effect of escalating what is becoming a bilateral feud between the United States and Germany, one which may benefit Russian President Vladimir Putin.

Ironically, while Washington has been fuming over Nord Stream II, policy initiatives from the United States and Europe over the past years have had the happy effect of mitigating several of its strategic downsides. The development of a network of smaller gas pipelines that can move gas from Germany east to Central Europe and Ukraine; greater availability of liquified natural gas (LNG) from the United States and other sources, plus greater infrastructure in Poland and Baltic States to receive it; and the anti-monopoly provisions of the EU’s Third Energy Package have already substantially reduced Europe’s dependence on Russian natural gas. Nord Stream II remains a bad idea. But a better way to deal with it at this point may be to intensify US, EU, and German efforts to advance these policies and thus make it strategically irrelevant. The United States and EU should also maintain their support for Ukraine (and pushing for Ukrainian reforms), to make that country more able to stand up to Russian pressure.

At present, it remains unclear whether Secretary Pompeo and the Trump administration intend to impose sanctions on German companies over a pipeline project that sanctions alone are unlikely to fully stop. The revised guidance still includes the condition that Congress added into section 232 as a nod to the German (and broader European) objections, and which specifies that the administration will “coordinate with allies of the United States in imposing these sanctions.”

The Trump administration certainly has no love lost for Germany—exacerbating fights with the key US ally over NATO spending thresholds and steel tariffs, announcing a withdrawal of US forces from Germany framed explicitly as political punishment, and more—and German Chancellor Angela Merkel has not been shy in criticizing President Donald Trump.

Odds are, however, that Secretary Pompeo’s announcement and the revised guidance are more messaging than a true indication of impending sanctions, and the administration’s calculus is that the more significant threat of sanctions will cause enough disruption to the project that it is delayed beyond the November elections, and passage of the annual National Defense Authorization Act (NDAA), which is likely to include an amendment imposing more sanctions on Nord Stream II submitted by Senators Ted Cruz (R-TX) and Jeanne Shaheen (D-NH). Of course, in this administration, the political will to impose sanctions on an allied nation could materialize quickly, with a decision made by Tweet, or in reaction to a news snippet, and the companies and governments involved with these projects may need to plan accordingly.