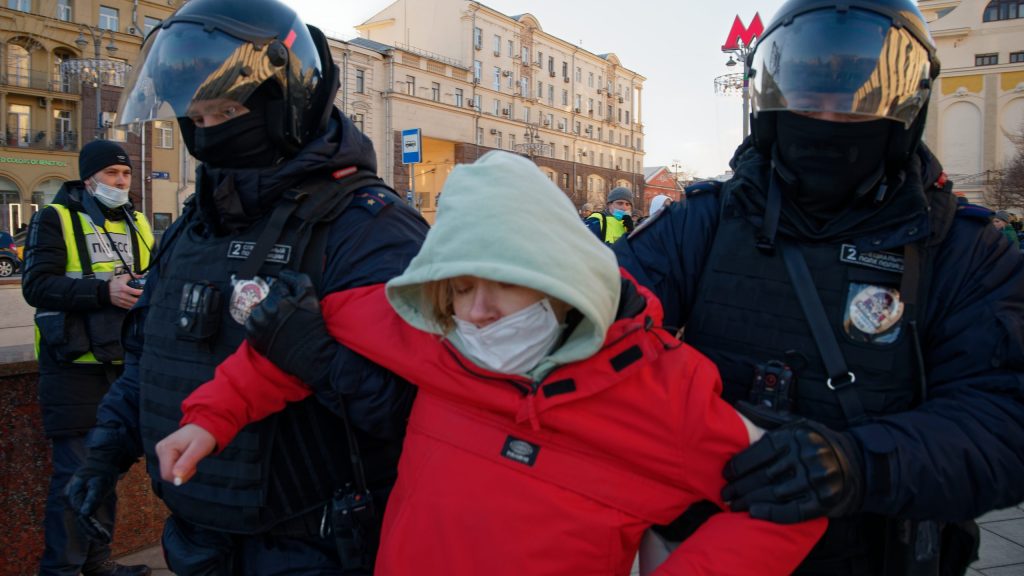 For centuries, one of the Kremlin’s biggest weaknesses has been its disregard for its own people. Even purges, famines, and forced deportations aside, crackdowns on non-governmental organizations doing valuable economic, cultural, and educational work in the country have made that contempt abundantly clear.

Now, the United States can leverage that weakness to punish President Vladimir Putin for his war in Ukraine—by granting asylum to highly educated Russians.

Since the invasion, emigration from Russia has significantly ticked up—with some two hundred thousand people, many of them highly educated and hailing from the tech sector, having fled amid a terrifying new crackdown on dissent. One Russian trade group estimates that as much as one hundred thousand tech workers could leave in April (in addition to to seventy thousand that have already fled).

But due to restrictions on air travel and visa requirements, they are largely ending up in Turkey and former Soviet countries. As many more Russians decide to leave in the coming weeks and months, the United States needs to act quickly to attract them by liberalizing refugee quotas and harnessing their potential benefit for US national interests.

A low-cost policy option with a high impact on Russia, welcoming high-skill immigrants would dent Russia’s economy and stifle its burgeoning technology and defense industries. It would also allow receiving countries to benefit from an influx of skills and expertise, as well as undermine Putin’s propaganda demonizing the West.

As Western financial sanctions begin to tear through its economy, Russia can hardly afford to lose more of its population. Experts say the demographic crisis rooted in the chaotic collapse of the Soviet Union still haunts the country, a fact which Putin himself has acknowledged. This has contributed to economic stagnation over the past decade and a hollowing out of the workforce, severely straining government resources. Meanwhile, Russia’s coming economic downturn means that it will fail to lure economic immigrants from former Soviet republics as much as it has in the past.

A new wave of out-migration would wreak further havoc on the economy, especially considering the profile of Russia’s population. The country boasts the second-highest rate of higher education among Organization for Economic Cooperation and Development (OECD) countries. According to the OECD, 96 percent of Russians have the equivalent of at least a high-school diploma, and science, technology, engineering, and math (STEM) majors account for the largest share of new entrants at the bachelor’s level. In online course provider Coursera’s annual global skills report, Russia ranked ninth overall, including in the seventy-ninth percentile for business skills, the ninety-second percentile for technological skills, and the ninety-seventh percentile for data-science skills.

And with 679,000 workers in research and development, Russia is home to the fourth-largest such workforce in the world, trailing only the United States, China, and Japan. More than 60 percent is in technical sciences, and almost a quarter is in natural sciences. The average age of researchers in Russia is also decreasing, signifying a younger workforce. Russia is counted among the world leaders in physics, engineering, mathematics, and chemistry, and its scientific output on artificial intelligence (AI) and robotics has grown at one of the fastest rates in the world in recent years.

The Kremlin has been trying to capitalize on these promising trends for several years with the creation of the Advanced Research Foundation (FPI)—the Russian equivalent of the US Defense Advanced Research Projects Agency (DARPA)—and ERA Technopolis, a military-focused Silicon Valley-type enterprise. FPI has put an emphasis on directed-energy weapons, rail guns, hypersonic vehicles, and unmanned underwater vehicles, while ERA focuses on AI, small spacecraft, robotics, automated control and IT systems, computer science, pattern recognition, information security, nanotechnology, and bioengineering. Russia has advanced significantly in the areas of hypersonic missiles (which it says it has used in Ukraine), AI, and autonomous systems, and the US Department of Defense has recognized all of these as critical technology areas for the military.

Simply put: Poaching Russia’s top talent in these fields would not only boost the US economy through an influx of new skills and innovation, but it would also benefit national-security interests. That’s exactly what happened following World War II, when both the United States and the Soviet Union recognized the power of German innovation—which produced missiles, nerve agents, and biological weapons—and resettled Third Reich scientists. For the United States in particular, it led to major advancements in aviation, missile technologies, nuclear weaponry, and, perhaps most famously, the space program.

Today, to take advantage of Russia’s hemorrhaging top talent, the United States needs to change its current refugee quotas. Last year, the Biden administration authorized the admission of 125,000 refugees in Fiscal Year 2022, including a ceiling of 10,000 refugees from Europe and Central Asia. On Thursday, the White House said it will now admit up to 100,000 Ukrainian refugees, but it should amend this number to accommodate both Ukrainian and Russian refugees—Ukrainians, of course, because of the grave humanitarian situation, and Russians because of their potential contribution to national interests. Along with Ukrainians, the State Department should designate Russians with at least secondary or vocational degrees as a “group of special concern” to grant them Priority 2 designation to access the US Refugee Admissions Program. This would allow for quicker and more streamlined admission to the United States, access to assistance programs, and the right to look for work in the country.

Meanwhile, US asylum could also serve as a propaganda coup against Putin’s regime, which has spread a narrative in which an adversarial West is the aggressor. This message resonates with a majority of Russians: About 60 percent of the country blames the United States and NATO for the Ukraine crisis. Taking in Russians would show a sense of humanity, refuting Putin’s poisonous narrative. Meanwhile, Western media should broadcast positive stories of newly arrived refugees back to Russia (through increasingly creative means to avoid Kremlin censorship) to poke through Putin’s information bubble.

This would show the Russian people that they are not the West’s enemy—undermining Putin’s propaganda—and deny Russia their expertise and economic output, while the West would simultaneously benefit from those very factors.

In this 2019 report, the Atlantic Council detailed the patterns and drivers of the Putin-era exodus and found that “the latest wave of Russian émigrés can ultimately serve as a bridge between the West and a Russia of the future.” Today, the United States has a unique opportunity to deal a potentially fatal blow to Putin’s regime while also advancing its own national interests. It should drain Russia of one of its most valuable—but clearly underappreciated—assets: its own people.

Irina Plaks is a nonresident fellow at Forward Defense practice in the Atlantic Council’s Scowcroft Center for Strategy and Security. 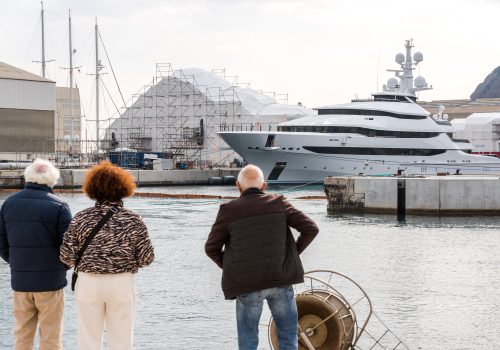 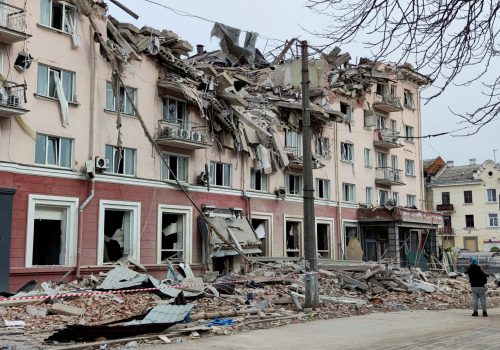 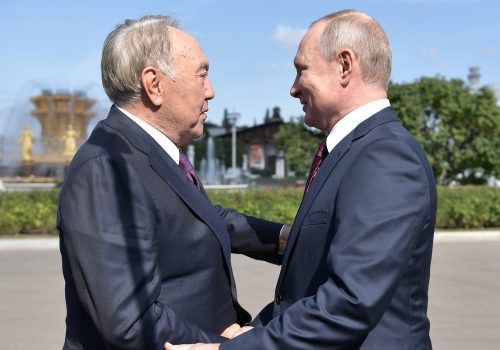 There is a strong chance to extend some of the regulatory reforms directed towards Russian oligarchs to also apply to the Nazarbayev family.

Image: A Russian anti-war protester is detained, in Moscow, Russia, on February 28, 2022. Photo by Daniil Danchenko/NurPhoto/REUTERS