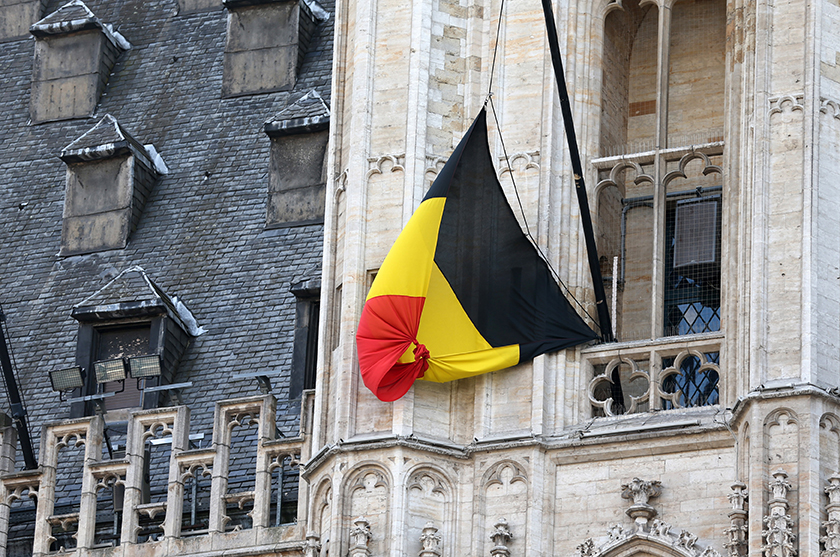 European governments, and in particular Belgium, are paying a heavy price for having neglected terrorist sleeper cells that have been forming for well more than a decade in their growing, poorly integrated immigrant communities, said Frederick Kempe, President and CEO of the Atlantic Council.

Terrorists struck Brussels on March 22, four months after a major attack in Paris. The Islamic State of Iraq and al-Sham (ISIS) has claimed responsibility for both attacks. Belgian officials announced that two brothers had carried out the suicide bombings, and a manhunt had been launched for a third participant in the attacks.

“The Brussels attacks should serve as a galvanizing moment for the transatlantic community to join forces in what must become a generational project against terrorism and extremism,” said Kempe. “This can no longer be viewed as a problem in the Middle East but of the Middle East, with ripples that reach globally—and most importantly among our closest allies in Europe.”

Moments ago @FredKempe spoke on @CNBC regarding this morning’s #Brussels bombings. pic.twitter.com/bgF6XBW9MC

Frederick Kempe spoke in an interview with the New Atlanticist’s Ashish Kumar Sen. Here are excerpts from our interview.

Q: What was your initial reaction to the attacks in Brussels?

Kempe: What we are seeing now is the cost of European inattention over years to sleeper cells and unintegrated Muslim communities. Nowhere was that problem larger than in Belgium. I ran the Wall Street Journal Europe at the time of 9/11 and the Iraq war and we had specific threats to some of our people and to the Wall Street Journal’s headquarters in Brussels. We were told then by US intelligence figures not to worry because the al Qaeda cells wouldn’t act in Belgium since they were operating there with impunity and wouldn’t want to endanger their safe haven for operations throughout Europe. We reap what we sow. Belgium has been the source of more fighters to ISIS per capita than any other European country. It is going to be incredibly difficult to address a radicalization that has been so deeply embedded, and not only in Belgium.

Q: Why has Belgium become a hotbed for Islamic terrorism?

Kempe: I don’t think Belgium necessarily has more potential to play that role than many other countries, including France, which is struggling to better integrate a nearly ten percent Muslim population. In Belgium, the Muslim population is around six percent. What has made the situation worse in Belgium over the years is an inattention to radicalizing neighborhoods like Molenbeek, inadequate policing, and dysfunctional federal government, often torn between its Flemish north and French south.

One small anecdote illustrates the depth of this rivalry. I played some basketball on a French-speaking team in Brussels, and I’ll never forget the tournament in a Flemish district in which our best player was thrown out of the game for contesting a call in his native French.

Q: French President François Hollande said that with the Brussels attack all of Europe has been hit. What are the broader implications of this attack for Europe?

Kempe: It is a further wakeup call following the Paris attacks last year. We face an existential moment for Europe, perhaps the most important since the creation of the European Coal and Steel Community, as these new terror threats coincide with a host of other challenges: from Vladimir Putin and Russia in the east, from the largest influx of migrants since World War II from the south, from anti-European parties of the right and left, from the referendum on EU membership in Great Britain, and from continued tests to the eurozone.

This will have an impact on the overall ability of Europe to remain unified internally and capable externally. Should Europe respond well, it could reverse a dangerous narrative of dysfunction and show that the EU can grow stronger through crisis.

Q: What should countries in Europe be doing more of to address the challenge posed by violent extremism?

Kempe: There are three levels where action is required—global, regional, and local.

The Brussels attacks should serve as a galvanizing moment for the transatlantic community to join forces in what must become a generational project against terrorism and extremism. This can no longer be viewed as a problem in the Middle East but of the Middle East, with ripples that reach globally—and most importantly among our closest allies in Europe.

The vast majority of Muslims and our moderate Arab allies are as threatened and outraged by this extremism as are others. Yet now is the time we need to act together to address both terrorism and its roots. At the moment, it is the poorly integrated communities of Europe that have our focus, but that only scratches the surface of the challenge.

On the regional level, in Europe, the immediate danger is to the Schengen travel-free and visa-free zone with twenty-six countries and 400 million people. Many of its members, including Germany, are tightening border controls. Though understandable, that could have a deep economic impact—with estimates of potential loss ranging from $20 billion a year to $110 billion. Slower European growth and coinciding job losses will just worsen the political and social problems.

And locally, individual European countries, cities, and towns have to deal with radicalization right down to the neighborhood level.

Q: On top of the terrorist attacks you have the migrant crisis facing Europe. In what ways do you expect these twin challenges to alter Europe’s political landscape?

Kempe: We are already seeing the rise of an anti-immigrant right and anti-European right, and that has been evident from the recent regional election results in Germany, the national election in Poland, and elsewhere. Some of this is related to the migrant crisis, but by and large the whole European narrative is in question. The European Union in recent years has grown and matured through crises, but it has never faced so many challenges simultaneously.