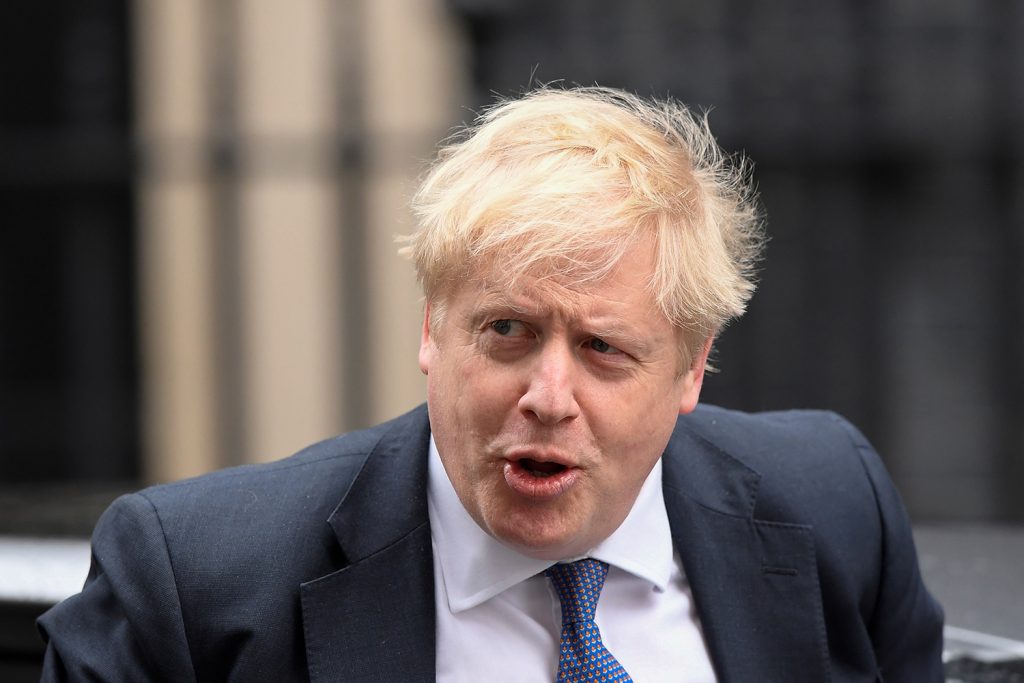 British prime ministers often wish they had the powers of a US president. By purging two of the most important members of his government along with a cluster of other cabinet ministers on February 13, Prime Minister Boris Johnson is seeking to set his own presidential stamp on the premiership and warning that he will brook no challenge to himself or his policies.

The two biggest removals are those of Chancellor of the Exchequer (Finance Minister) Sajid Javid and Northern Ireland Secretary Julian Smith. The first, technically a resignation but one engineered by the prime minister, is important because Javid was known to be concerned at the vast amounts of government spending required for a host of projects that the prime minister supports.

The second is because in his brief six months in office, Smith managed the return of devolved, power-sharing government to Northern Ireland three years after it had broken down amidst acrimonious disputes between the province’s largest pro-UK party, the Democratic Unionist Party, and Sinn Féin, which wants to see Northern Ireland united with the independent Republic of Ireland.

Their ouster may well have major repercussions in domestic and foreign policy. Javid was known to have stressed the need for the Government to remain fiscally prudent in its economic plans. Johnson, however, seems to be banking on the idea that if he pours billions of pounds into his favored projects he can revitalize Britain’s economy, particularly in areas where his Conservative party captured a swathe of seats from the opposition Labour Party in his sweeping general election victory in December.

What prompted Javid’s resignation was a classic move bearing the hallmarks of Johnson’s chief strategist, Dominic Cummings. As cabinet ministers passed through the door of the prime minister’s residence and office at Number 10 Downing Street on February 13, with only a few of them sure that they were would be keeping their jobs, political sources said Javid was told that he could keep his job, subject to just one condition. That was that he would have to dismiss his own special advisers—personnel brought in from outside parliament or government to help a minister—in order to ensure a single integrated set of advisers to serve both the prime minister and the chancellor. Javid—already threatened with the nickname Chino, “Chancellor-In-Name-Only”—could not accept this and promptly resigned.

The new Chancellor, Rishi Sunak, a former investment banker, has clearly recognized that it is the prime minister’s office that will now set the country’s economic and financial tone, not the chancellor’s. The implications of this will not be felt for some time, but the expectation is that some years down the line—perhaps not until Johnson has left office—there could be a load of bills to pay.

Northern Ireland raises very different issues, not least concerning the future of the UK as a union of different nations. Smith was considered a standout success because of his work in getting the DUP and Sinn Féin to once again cooperate to run Northern Ireland’s internal affairs. But Smith, political sources say, had to make difficult compromises in order to secure an agreement between the feuding Northern Ireland parties—something Johnson bristled at.

Smith’s successor, Brandon Lewis, will now have to work hard to gain anything like the same respect that Smith secured, a respect demonstrated by Irish Prime Minister Leo Varadkar when, on hearing that Smith had been sacked, he described him as “one of Britain’s finest politicians of our time.”

Lewis will have his hands full, not least in view of Northern Ireland’s complex position post-Brexit and the prospect that a resurgent Sinn Féin makes it quite likely that the key question in Northern Ireland over the next few years may well be whether the province remains part of the United Kingdom or opts for union with the Republic of Ireland. Lewis is a former chairman of the Conservative Party who was originally a ‘Remainer’ in the great Brexit debate but who, in the wake of the 2016 Brexit referendum, moved very quickly to support leaving the EU, and has since voted consistently for the UK to keep its distance from Europe in a post-Brexit context.

His appointment, and Smith’s dismissal, comes just as Sinn Féin has not only resumed its role in Northern Ireland’s power-sharing administration but has also just secured the largest share in of the popular vote in the Republic of Ireland’s general election on February 7. Indeed, Sinn Féin only failed to become the largest party in the Dáil, the Irish parliament, because it failed to nominate enough candidates.

Sinn Féin is currently in negotiations with both of Ireland’s traditional mainstream parties, Fianna Fáil and Fine Gael, and, regardless of whether it actually becomes a partner in the next government or a powerful opposition force, looks set to play a major role in shaping the agenda for the next Irish government. And although Sinn Féin’s focus in the Republic will be on delivering on the bread-and-butter issues of housing, education, and healthcare on which it campaigned in the election, its main raison d’être remains Irish unity.

Moreover, under the Good Friday agreement which ended thirty years of ‘The Troubles’ in Northern Ireland, the UK government has to hold a referendum on Irish unity if there are firm indications that a majority in the north might favor unity. Such is the delicate demographic balance in Northern Ireland between generally pro-UK Protestants and generally pro-Republican (which mean pro-Irish unity) Catholics that, together with cross-community support for staying within the European Union, it is now conceivable that a fresh referendum might indeed result in Northern Ireland leaving the UK to join the Republic.

And if that happened, it would be hard for Johnson’s government to hold to its position that the people of Scotland, who also voted to stay in the European Union in the 2016 referendum, should not be allowed their own independence referendum—even though there is no legal requirement for the UK government to hold such a vote.

The cabinet reshuffle also saw Johnson sack a number of other cabinet ministers, including Business Secretary Andrea Leadsom, Attorney General Geoffrey Cox, and Environment Secretary Theresa Villiers. Many of them were reported to have made critical comments in cabinet about various aspects of Johnson’s plans for their departments.

Johnson’s purge looks likely to ensure that for at least the next few years he will face little or no challenge to his authority inside government—in sharp contrast to just about every prime minister in the last seventy years. For the time being, the British constitutional tradition, inherited from Victorian times, that the prime minister in cabinet is simply the primus inter pares—the first among equals—is now, along with UK membership of the European Union, history.

Post-Brexit Britain is aiming for trade agreements with the EU, the Untied States, China, and more in 2020. But negotiating such a wide range of complex trade deals in a relatively short time frame is quite a formidable challenge.