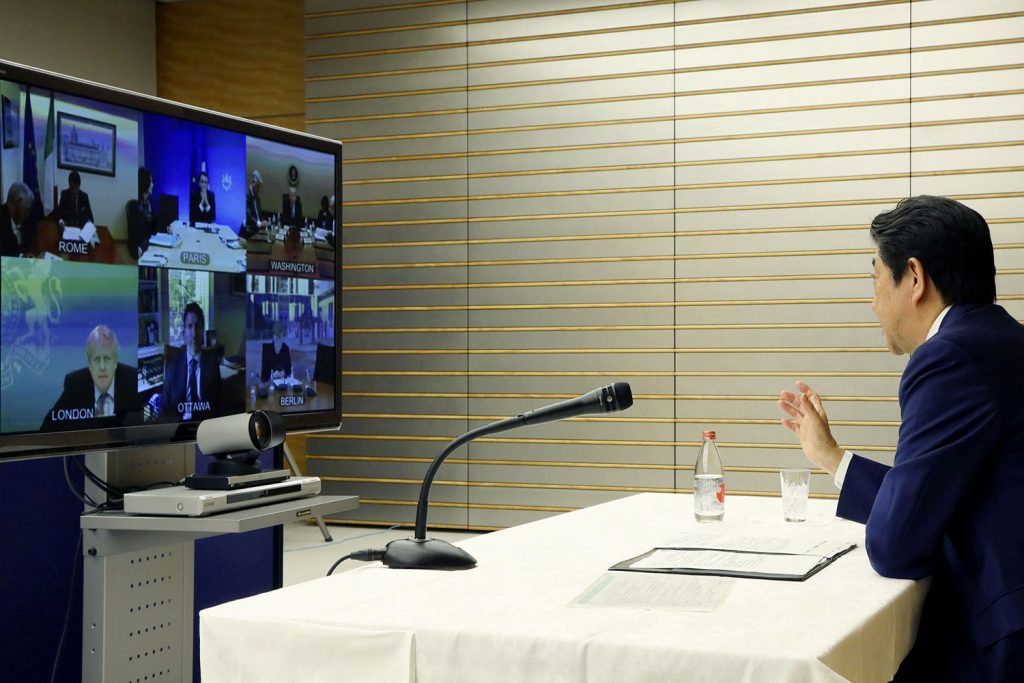 While societies around the world struggle to contain the spread of the novel coronavirus (COVID-19), political leaders must continue to collaborate on solutions to mitigate the public health and economic effects of the virus, according to three ambassadors to the United States. “We have to keep working together on this and avoid the temptation of decoupling,” European Union Ambassador to the United States Stavros Lambrinidis argued. “Every multilateral forum that we have has to be utilized and we have to achieve unity,” he added.

Since its emergence in China in December, the novel coronavirus has spread to nearly 160 countries and territories worldwide and caused at least 9,700 deaths as of March 19. The outbreak has led to border closings, mandatory telework, mass quarantines, and school closings in countries in Asia, Europe, and North America. The dramatic steps countries have taken to limit the spread of the disease has also rattled economic markets and triggered fears of a worldwide recession.

The virus has hit Italy especially hard, as more than 3,405 Italians have died due to the disease. The scale of the outbreak caused Italian authorities to make “difficult, unprecedented, and unique choices,” Italy’s Ambassador to the United States Armando Varricchio explained, but has also meant that the country is “a test case for the ability of countries to act together.” Varricchio said that Italian officials have consistently “provided the international scientific community with very precious data and details and a constantly updated picture of the outbreak,” which will help scientists and doctors learn more about the virus and potential ways to slow its transmission. Varricchio also reported that “Italian virologists have isolated the virus and the DNA sequence. The genome will be crucial in understanding and defeating COVID-19.” The Italian ambassador said that the information is already being shared with the World Health Organization (WHO) and US scientists.

Singapore and other East Asian countries have also emerged as potential models for slowing the transmission of the disease. Singapore’s ambassador to the United States Ashok Kumar Mirpuri explained that his country put a priority on limiting imported cases of the disease by restricting travel and implementing health and temperature screenings at airports and ports of entry. This was followed by extensive testing and contract tracing to minimize the risk of transmission, and by social distancing to isolate those who were carrying the virus.

Lambrinidis also stressed the importance testing has had for European countries’ response, as it not only allows officials to “identify people who have the virus as soon as possible and be able to contain them, but also you see where the virus tends to spread towards and then you can plan your healthcare systems to better be able to carry the huge burden that this virus is creating.” Mirpuri added that testing will remain important as countries experience a “second wave of cases” as many of their citizens return home from travel abroad. Barry Pavel, senior vice president, Arnold Kanter chair, and director of the Scowcroft Center for Strategy and Security at the Atlantic Council, argued that with cases rising in the United States, US officials need to take the lessons learned by their international partners seriously. “If we are going to flatten the curve, now is the time to hear from our allies and partners, because this is the type of threat that cannot be effectively countered alone. We really need to apply the lessons being learned right now.”

The ambassadors also maintained that global economic ties will need to be preserved during the outbreak in order to avoid disastrous consequences. Political leaders must ensure “that we do not shut ourselves in our shells, but that we protect open globalized economic activity,” Lambrinidis said, “because it is the best thing that we have going for us.” While some may fear potential transmission of the virus by products, Varricchio stressed that “there is no risk of contagion on our exports.” Mirpuri agreed, adding that “it is important that we try to keep these supply chains open, and try and keep [potential] export measures at bay in order to continue doing as much as we can together.”

All three ambassadors advocated for more coordinated action at the global level to deal with the potential economic costs of the outbreak. Mirpuri reported that the Association of Southeast Asian Nations (ASEAN) is already holding meetings among health and economic ministers and argued that countries rely on “established mechanisms like the Group of Seven (G7), the Group of Twenty (G20), even the WHO, where there are already established patterns of cooperation.” Varricchio agreed, hoping that the G7 and G20 do not “lose the momentum” already gained in their initial coordination efforts and argued that with a strong global response “international governance might exit the crisis stronger, rather than weaker.”

Lambrinidis stressed the importance of continued transatlantic cooperation to help drive this global effort. “The transatlantic bond is really important to us in these days,” he explained as “we are at the cutting edge of research, of economic development—together Europeans and Americans—and it is supremely important for us to coordinate.” He said that “everything that we can do [as] Americans and Europeans together to fight this scourge is going to be frankly life-saving for us and the rest of the world.” He also hoped that leaders in Washington would see “a unique opportunity for the United States as well to quarterback the global response” and to project a message “of solidarity with the rest of the world.”

As the world continues to struggle with this crisis, Varricchio argued that leaders must not lose sight of the values that underpin the societies that they are trying to protect. European leaders, he explained, “want Europe to remain an area of the world where citizens and companies move freely and exchange not just goods, but [also] ideas and people.” In these difficult times, he stressed, leaders must avoid the easy temptation of closing their doors and looking inward, or else these open democratic societies may be considered” a future casualty” of this disease.