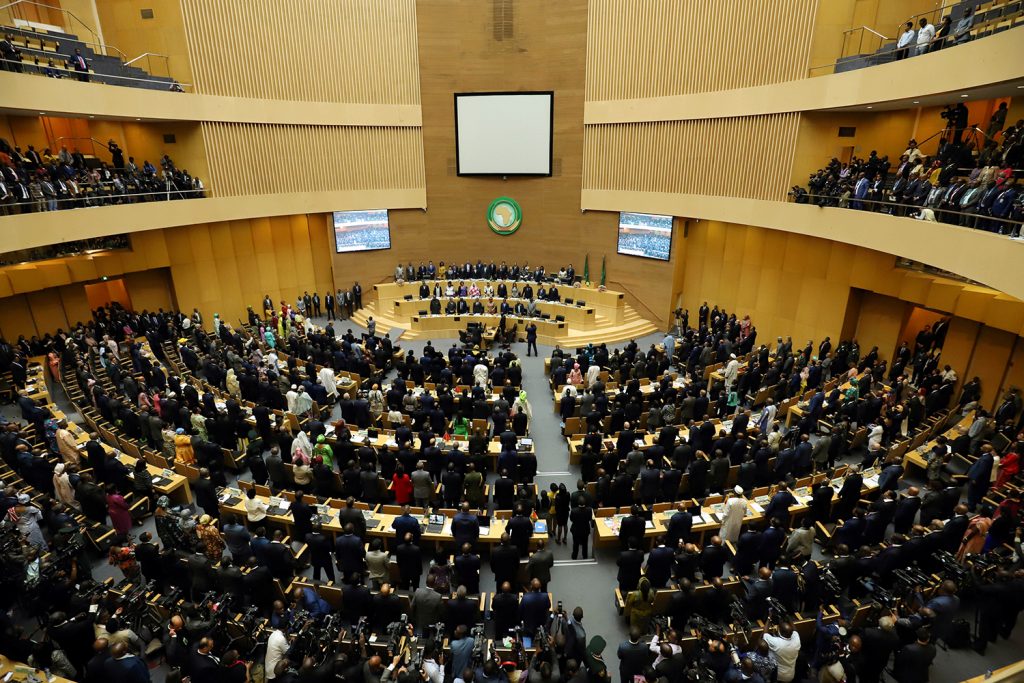 The initial instinctive reaction to the COVID-19 crisis by most countries was to look inwards and act alone. While quarantines and stay at home orders were certainly needed to confront these global health crises, these efforts have left borders closed, supply chains disrupted, and thus regional economic activity has fallen.

This isolation is not a long-term solution. Even where commendable ambitious national responses were underway, it soon became clear that only an international effort could meet the challenges of coronavirus. Experts and international organizations, including the United Nations, the EU and the European Parliament, have called for coordinated approaches at regional and global levels.

Despite the unprecedented benefits globalization has unlocked, global governance structures such as the Group of Seven (G7) and Group of Twenty (G20) will have trouble making a case against isolated national responses unless they can safeguard the interests of all countries. But there is one more layer on the way from global to national, which could offer another tool for cooperation. These are regional organizations, including regional development banks.

Regional integration projects around the world could be the first step to help countries jointly meet the challenges of COVID-19. In recent weeks we have witnessed many of them coming together to establish collective measures.

What can we learn from regional organizations’ responses to COVID-19? And how can the help boost global collaboration efforts?

Crisis is an opportunity to show more regional integration

Crises are often an opportunity to go back to the reasons why certain structures were created. A vigorous and united response of several regional organizations has demonstrated that many are working in the interest of the people and are doing whatever it takes to defend the human, social, economic, and political integrity of their space.

For example, the African Union (AU) has been an important convening power leading to coordination and joint standard-setting for AU member states. Moussa Faki Mahamat, the Chairperson of the African Union Commission, advised that the pandemic should “serve as a hymn, an anthem for multilateralism and solidarity.”

In mid-February 2020, the union launched a continental strategy to better prepare and respond to the spread of the virus in Africa. One of the Union’s institutions, the Africa Centre for Disease Control and Prevention (CDC), has been providing important expertise—including strategies, data, and training in technical areas ranging from identifying and the clinical management of positive cases to risk communication—to AU member states and their citizens.

The Africa CDC has also put in place a clear public outreach campaign through its Twitter and Facebook channels, as well as through podcasts and leaflets, aimed at creating awareness and providing information to African citizens about infection patterns and care and prevention strategies. AU has also taken on a leading role in the mobilization of resources.

These actions have allowed it to send a united message to other international institutions, as well as individual donors, appealing for them to release additional funds, defer interest payments, and support the acquisition of much-needed medical supplies. AU also appointed four special envoys to mobilise international support for Africa’s fight, who will be tasked with soliciting and following up on support which has been pledged by the G20, the European Union, and other international financial institutions. These efforts show how proactive regional organizations can be advocates for the needs of their member-nations.

In 2008-2009, one of the key factors in overcoming the economic crisis was the coordinated measures of the largest economies, which consisted of the implementation of fiscal stimulus policies coordinated by the International Monetary Fund (IMF). Given the growing escalation between the world’s leading trade powers, it seems increasingly expedient to develop comprehensive, coordinated, and rules-based regional fiscal stimulus mechanisms through a regional network of integration unions with the aim of strengthening health systems, protecting income, and minimizing economic contraction. A broader set of tools and opportunities could be achieved by involving regional development banks whose resources significantly exceed those of global institutions such as the World Bank or the IMF acting alone.

The European Union can lead the way in launching huge fiscal stimulus packages. On April 9, EU finance ministers agreed on a coronavirus financial support package worth half-a-trillion euros. “It is arguably the most sizable and ambitious package ever prepared by the Eurogroup,” said the chairman of the ministers Mario Centeno.

Through its Pandemic Emergency Purchase Program, the European Central Bank is set to buy up to $810 billion in additional bonds this year to help its members safeguard public debt and provide liquidity. Further initiatives could be expected; as ECB President Christine Lagarde promised, there will be “no limits” on the bank’s defense of the eurozone.

In the Eurasian Economic Commission, members supported new proposals on measures aimed at ensuring economic stability at the meeting held on April 3. The package of stabilization measures would help carry out sanitary and anti-epidemic measures to prevent and minimize the spread. These include a “green corridor” to be created to supply essential commodities by simplifying customs procedures for processing critically needed goods. Other systemic measures including developing trade digitalization, ensuring the stability of financial markets and payment systems, supporting enterprises operating in the most affected economic sectors and expanding trade relations.

Regional organizations could further strengthen their capacity to act as globalization agents through political and economic interactions among them. For now, in the absence of a global platform for regional institutions, many of the unions are joining forces bilaterally to exchange information, support public-private and multisectoral collaboration, standardize procedures, and increase transparency.

Association of Southeast Asian Nations (ASEAN) members, for example, held video conferences that went beyond just their region. They connected with their Chinese, Japanese, and South Korean counterparts under the ASEAN Plus Three framework to exchange information on containment and mitigation measures and identify needs for technical support and medical supplies. An ASEAN-European Union ministerial video conference was held on March 20 to discuss both the immediate and long-term measures to combat the virus, including the importance to boost trade and investment when the pandemic subsides.

In the spirit of collaboration and mutual support, on April 8 the European Union announced its “Team Europe” package of more than €15 billion to support partner countries in the fight against the coronavirus pandemic and its consequences. The package is set to help some of the most vulnerable countries around the world, focusing on the people most at risk, including children, women, the elderly, and disabled people, as well as migrants, refugees, internally displaced persons and their host communities. The joint appeal was signed by European and African leaders calling for dramatic measures that include an immediate moratorium on all debt payments, public and private, until the pandemic is over. Shortly after the call was published, finance ministers of the G20, which includes the United States, China, India, and others, said they will immediately put on hold poor countries’ obligations to service debt they owe.

The Gulf Cooperation Council (GCC) has established a joint operations room to share experiences of how each member state has been handling and containing the spread of the virus, along with the latest data, statistics, and level of preparedness.

The South Asian Association for Regional Cooperation (SAARC) is establishing a COVID-19 emergency fund, made up of voluntary contributions from members with a total worth around $18.5 million. The countries of the Southern Common Market (MERCOSUR) also agreed on a structural convergence fund estimated at $16 million and aimed to boost research, education, and biotechnology related to fighting the virus.

Seeing regional organizations lead COVID-19 responses within, and even beyond, their member states is a positive step forward which will help build trust between regions. It is encouraging that many major efforts and initiatives have already been announced, but even greater international coordination is fundamental to ensuring these initiatives produce the best results and lead to a higher degree of global solidarity, transparency and coordination. The crisis offers an opportunity for leaders from different fields to learn from the best examples of regional organizations’ work and show unity, strength, and global solidarity.

Anastasia Kalinina is head of Regional Agenda, Eurasia at The World Economic Forum.

Image: A general view shows the opening of the 33rd Ordinary Session of the Assembly of the Heads of State and the Government of the African Union (AU) in Addis Ababa, Ethiopia, February 9, 2020. REUTERS/Tiksa Negeri