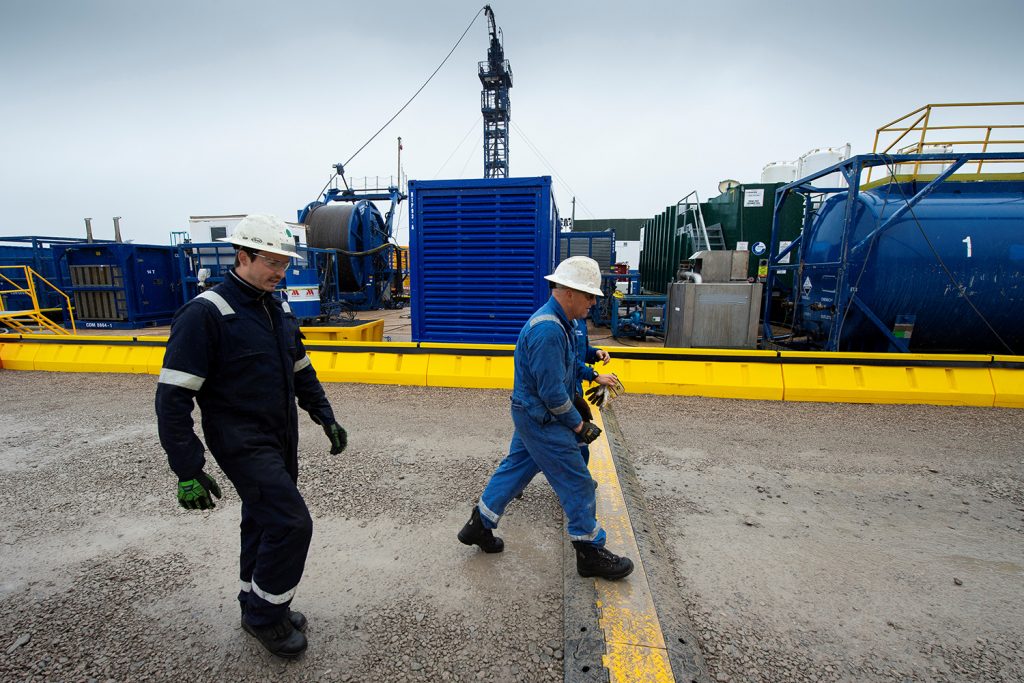 Following the final passage of the Withdrawal Agreement by both the UK Parliament and the European Union, the United Kingdom will finally leave the European Union on January 31, three and a half years after the 2016 EU referendum.

Although Westminster has finally navigated the terms of its initial departure from the organization, much of its future relationship with Europe remains unknown, as both sides prepare for potentially lengthy negotiations on a free trade agreement and cooperation in other areas.

The European energy market will not be immune to the effects of Brexit and will likely undergo major shifts as the United Kingdom leaves the EU’s decision-making bodies and potentially the Single Market.

We asked Atlantic Council Global Energy Center experts about what Brexit could mean for the European and UK energy markets going forward:

“When it comes to the energy transition, we shouldn’t expect Brexit to have a dramatic impact on either the UK or the EU approach. The UK has already demonstrated one of the most effective and expeditious decarbonization strategies, having effectively phased coal out of its power sector, incubated a globally-competitive offshore wind sector, and having shown leadership in piloting the next generation of low-carbon technologies through programs such as its “Clean Steel Fund.” It will likely continue this trajectory, especially in light of the UK’s hosting of the UN climate conference this November, and as climate action represents one of the actual strengths of UK “soft power” at a time when these will be desperately sought after. Meanwhile, the loss of the UK in the EU means the loss of an important voice for more aggressive climate action, and a country that was at times pivotal in finding compromise between certain Western European countries, on the one hand, and a handful of less prosperous central and eastern European countries more reticent to embrace highly ambitious climate goals, on the other. In this sense, the UK’s pragmatism on energy and climate issues in Brussels will be missed.

“Moreover, the ratification of the Brexit deal by the UK ensures that the country will remain in the European carbon market, the so-called “EU Emission Trading Scheme” (ETS), until at least the end of 2020. This would typically be bullish for EU ETS allowance prices, and for the market as a whole, except that no auctions of UK-issued carbon allowances took place last year amid the uncertainty of the back-and-forth Brexit negotiations. Those allowances will now need to hit the market this year, along with the normal 2020 allowance issuance protocol. As a result, a sudden rush of UK-origin ETS allowances on the market may at least temporarily depress carbon prices in the EU, depending on how much demand there is from key industrial players that must cover any allowance deficit before the third phase of the ETS comes to a close at the end of 2020.”

“The great difficulty with discussing Brexit is that even though the UK is formally no longer a member state, we have little idea about the shape of the future UK-EU relationship. The EU acquis, the treaties, the body of case law, and legislation of the European Union under Article 7 of the Withdrawal Agreement (WA) continue to apply to the United Kingdom from February 1, 2020 until at least December 31, 2020. Under the WA, the EU’s executive arm—the European Commission—still maintains its supervision of the application of EU rules in the United Kingdom, and UK courts can make references to and receive rulings from the EU’s Supreme Court, the Court of Justice, based in Luxembourg. The transition period itself can be extended to December 31, 2021. Nothing of substance may change therefore until the beginning of 2022.

“From February the EU and UK are supposed to be negotiating a new trade relationship. However, as ever though the entire three year plus Brexit saga, we have had mixed signals from a UK government which cannot seem to choose a post Brexit future and trade model. It is that choice of trade model which will impact on the European energy sector. Clearly, if the Johnson government proceeds in the direction of a trade model which results in only a limited tariffs-focused trade deal, the impact on the UK economy and energy sector is likely to be significant. However, the closer it is to the EU in terms of applying its single market rules and maintaining mutual recognition across the territory of the EU and the UK, the greater likelihood disruption is kept to a minimum.

“If UK Prime Minister Boris Johnson swings in the direction of a limited trade deal, the likelihood is that there may well be significant UK costs and a failure to follow through with proposed major interconnection projects. In such circumstances, the UK may respond by seeking to develop domestic North Sea production where possible and possibly seek to look again at shale gas projects. For the EU, though the UK will sit entirely outside the energy market infrastructure strengthening continental market hubs but reducing resilience and co-operation in North-Western Europe particularly. Should however, the Johnson administration swing in the direction of a trade model involving close regulatory alignment with the EU, then after the pause due to Brexit uncertainties we may see a strengthening of the energy integration process, lower prices in the UK, and an overall more competitive Western European energy market.”

“Initial indications are that post-Brexit Britain will pay less attention to issues concerning climate change despite the fact that it is to hold COP 26 in Glasgow in November.

“The greatest risk to the European energy sector may well come after the transition period finishes at the end of 2020. That’s when the chances of increased wrangling between the UK, the EU, and above all, between Britain and individual member states, could lead to bureaucratic snafus affecting the smooth operation of gas and electricity interconnectors, particularly in the event of a harsh winter. But it would be the UK, rather than EU member states, that would suffer.

“One issue to watch is the future of the Hinckley Point C nuclear power plant. Outright cancellation currently looks unlikely but the Government’s commitment to pay the developers more than double the price it has recently agreed to pay for electricity generated from offshore wind may well prompt demands for price renegotiation—and failure to do so could then lead to the project’s cancellation. Since France’s EDF is the operator—while the China General Nuclear Power Group (CGN) is a major shareholder—this would primarily be a UK-French and UK-Chinese dispute. But a major dispute does have the potential to weaken the case for nuclear power in Europe in general. And if the Government should conclude that Brexit is sapping the country’s economy and the Government’s own finances, then Hinkley Point C might prove a very tempting target for savings.”

“UK leaders and energy experts have played key roles in the design and development of the regulatory frameworks for competitive, transparent electricity and gas markets in the EU and there may be some backsliding in this area as a result of their lack of direct involvement.

“The withdrawal may weaken the position of the EU with respect to the dangers of dependence on Russian energy imports if Germany, France and Italy exercise relatively greater influence over EU policies.”

Enacting the sanctions mandated by the Protecting Europe’s Energy Security Act (PEES Act), for all its careful crafting, may not actually block Nord Stream II but may instead burden the US-German relationship. Rather than impose sanctions, the administration should waive them for now but prepare even stronger contingency sanctions to be implemented should the Kremlin once again use gas exports as political leverage against Ukraine, Central Europe, or the Baltics.