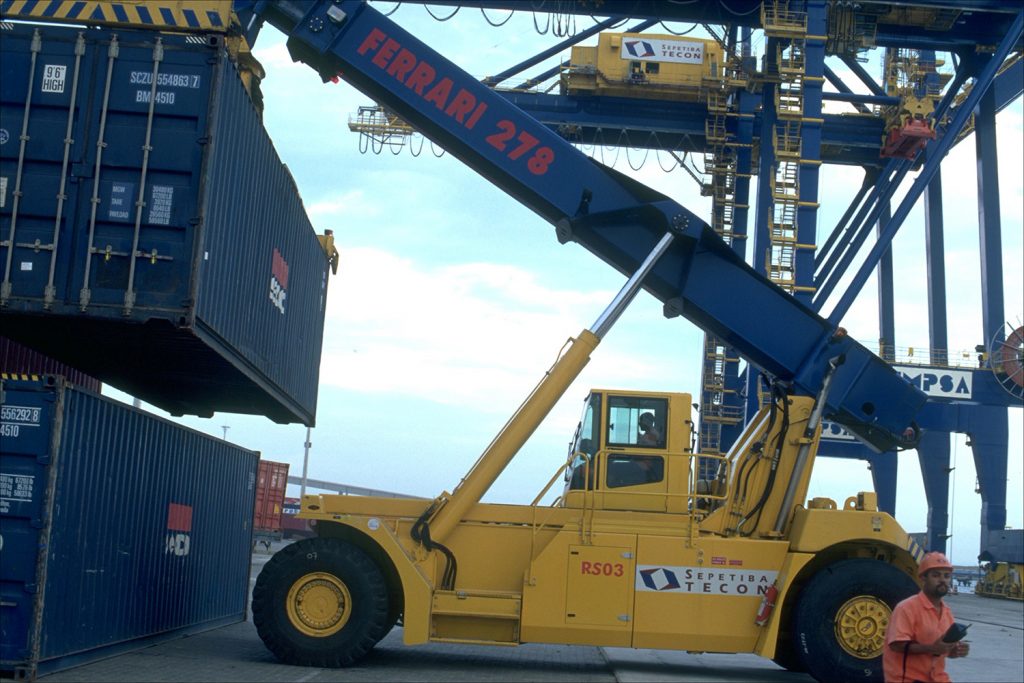 As Brazil and the United States grapple with the devastating effects of the coronavirus pandemic, both countries are trying to chart paths to economic recovery. And according to officials from both countries, the road to renewed growth could include deepening their trade and investment relationship.

In a June 4 webinar titled “The Next Phase of the US-Brazil Relationship,” US Ambassador to Brazil Todd Chapman and Nestor Forster, chargé d’affaires at the Brazilian Embassy in Washington, described how their respective jobs have evolved as the pandemic worsens.

The virtual event was hosted by the Atlantic Council’s Adrienne Arsht Latin America Center, moderated by the center’s associate director, Roberta Braga, in partnership with the Brazilian Trade & Investment Promotion Agency (Apex-Brasil) and in collaboration with AmCham Brasil.

“When anticipating my arrival in Brazil, we had a very expansive dialogue and agenda to pursue, from economics to education to health,” said Chapman, who began his post March 30 in Brasília. “But with the advent of COVID-19, the health situation is now my first, second, and third priority—and also to attend to the 1,500 staffers at the US mission and the 275,000 resident Americans in Brazil—as we focus on how to address the pandemic and loss of life.”

Forster defended the approach toward the pandemic taken by President Jair Bolsonaro. “There’s a clear division between the role played by the federal government and the guidelines enforced by state and local governments,” said Forster. “From the onset, our president has said that in a country as large and regionally diverse as Brazil, it’s very hard to have a one-size-fits-all solution.”

Forster added: “This is a public health emergency, but it’s not only a health issue. It has tremendous repercussions for society and the economy, and the view of our president has been that we should tackle all these fronts at the same time.”

Braga, noting that both Bolsonaro and US President Donald J. Trump have compared COVID-19 to the flu, explained that on May 27 the Trump administration began banning the entry of non-US citizens who had recently traveled to Brazil. Forster said the restrictions are a measure to address the spread of the pandemic.

“Brazil had taken the same measure on March 27, when we established restrictions on all foreigners coming by plane,” he said, noting exceptions to this rule. “Those measures are temporary. They should go away as soon as the numbers start to improve.”

Chapman, a career diplomat and former US ambassador to Ecuador, said he’s set a target of doubling the value of US-Brazil trade from the current $105 billion to $210 billion over the next five years. By comparison, annual trade between the United States and Mexico—which has only 60 percent of Brazil’s population—exceeds $600 billion.

“At 15 percent growth a year, it’s possible,” Chapman said. “You get there by improving the overall business climate here in Brazil to make it more attractive, and by reducing every barrier possible. Our economic teams are meeting constantly to look at very specific issues—and the more specific the dialogue, the more progress we’ll make. That’s the objective that’s been set for us.”

Even though Brazil’s travel and tourism industry has been devastated by COVID-19, Forster believes the crisis will pass.

“Brazil just had its largest agriculture harvest ever,” he said. “Even during the pandemic, Brazil has been the country least affected by foreign trade among the [Group of Twenty]. We’re showing resilience in our trade performance.”

In 2019, Brazil received $78 billion in foreign direct investment (FDI), making it the world’s fourth-largest recipient. It seeks to join the Paris-based Organization for European Co-operation and Development (OECD)—an effort the United States formally supported this year—and would also like to enact a free-trade agreement with the United States.

“It’s the ultimate goal that both our countries think is worth pursuing, though how soon it can happen is not clear, because there are questions and legal requirements,” Forster said in addressing when a US-Brazil free trade agreement might come about.

“Our minister of economy, Paulo Guedes, said the pandemic should not be an excuse to do less or procrastinate,” Forster said. “By year’s end, we can tackle tax reform and put Brazil in a better shape to face the dire economic situation. We’re not sitting idly by. On the contrary, we’ve been extremely busy.”

To that end, Forster said, “we’ve made lots of progress regarding trade facilitation—getting rid of red tape and inefficiencies, and streamlining the process of imports and exports—and we’ve had ongoing talks on e-commerce and regulatory practices. We have just begun talks on an anti-corruption package and a dialogue on intellectual property issues.”

In response to concerns raised by members of the US House of Representatives’ Ways and Means Committee regarding environmental protections and labor rights in Brazil, Forster added: “This administration is as committed to environmental protection in Brazil as any other. What’s different is that President Bolsonaro has expressed a big concern about the 25 million Brazilians who live in the region. We need to bring sustainable development to these people, and economic opportunities for those who need it badly.”

Guatemalan president criticizes US over lack of COVID-19 assistance

Costa Rica legalized same-sex marriage. Where does the rest of Latin America stand on marriage equality?

As Costa Rica becomes the first in Central America to take this step toward equality, it remains to be seen who will be next to turn the Inter-American Court on Human Rights’ opinion into action.