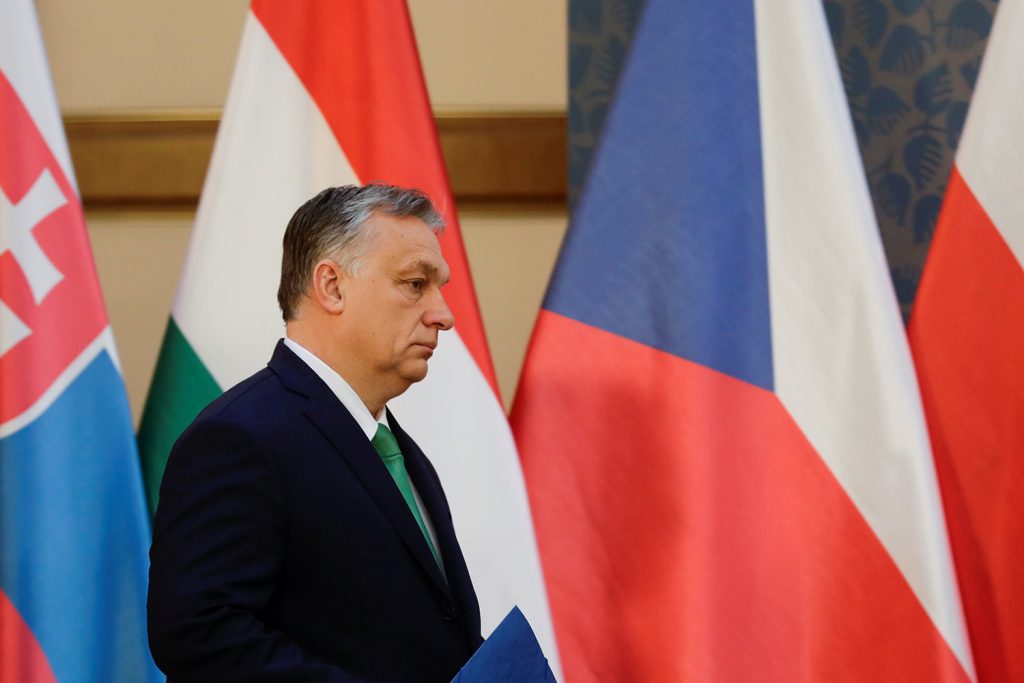 As we worry about the health and economic crisis caused by the coronavirus, western democracies need to worry about the threat it poses to their liberal democratic way of life. Part of the challenge comes from the efforts by China to sow division among allies through its soft power, by suggesting that its authoritarian system is more effective at handling the crisis than democracies. But some of it is homemade: visibly weak leadership and lack of early action which leads many to call for strongmen. Strong leadership is called for of course. German Chancellor Angela Merkel, French President Emmanuel Macron, and Danish Prime Minister Mette Frederiksen show how this is possible within the frameworks of our democracies. But there are others who see this as an opportunity to move further towards illiberalism, toward an authoritarian state.

Hungary is a case in point in how a health crisis can cause a blow to democracy, the cohesion of the European Union, and indeed NATO from within, by eroding the already weak “immune system” of the country. Prime Minister Viktor Orban once again showed his disrespect to Hungarians and Hungary’s allies: when it comes to internal matters in “his” country, he doesn’t give a damn about the outside world or the values of the European Union. In the last ten years, he has gradually dismantled the checks and balances on his power, through his two-thirds majority in Parliament achieved with less than half of the popular vote.

To recollect: the Hungarian Parliament decided to grant “Emergency Powers” for Orban to sideline Parliament totally and rule by decree for the “duration of the crisis.” He has a free hand and can suspend any law he deems necessary to get his way. It will be up to Viktor Orban to decide when the crisis is over. Not one opposition member of parliament voted in favor, as there is no sunset clause and no suggested time limit for his extraordinary powers. Parliament and the opposition parties have been relegated to nothing more than a minor nuisance, whose very limited number of suggestions and modifications were totally discarded. The new law is a thinly veiled attempt to shut up the already weak and vulnerable opposition and the remaining independent media, which now faces a potential five year prison sentence “for spreading false news and news-mongering,” to be judged arbitrarily.

None of the opposition parties ever questioned the need to guarantee special powers to the prime minister to fight this pandemic. With some form of a sunset clause, they would have supported it. But the way it was pushed through made a farce of Hungarian democracy, which will certainly suffer in the long term. Instead of using this opportunity to build a national consensus as the country faces this crisis, Orban opted to take his efforts to create an illiberal democracy (a codeword for autocracy) further. It is a sign of what we have always suspected, that he believes that authoritarian regimes handle crises more effectively than democracies, and the silencing of critical voices—like in China and Russia—is part of his thinking.

The European Commission (which is now granting Hungary 5.6 billion Euros in aid to support the country to deal with the crisis)  issued empty threats “condemning Orban” and saying it will be “vigilant and will follow with great attention the developments in Hungary.” To which Viktor Orban’s response is clearly that he doesn’t care. These empty words probably make him smile. The EU has not been able to stop or even slow down the backsliding of democracy in Hungary in peacetime, so why would Orban care about the wagging of the finger while we are at war?

Viktor Orban had the opportunity in the last weeks to choose between becoming a statesman or a general. He opted for the latter. One wishes him well in dealing with the crisis. But this last decision is not really about handling the crisis. Let’s call it what it is. It’s a power grab.

Unfortunately, Hungary now will further weaken cohesion inside the European Union. When we emerge from this crisis in a few months from now, the damage to the Union will be more than clear. By then Hungary’s chance to return to the norms, values, and rules guiding the transatlantic community will be even more difficult. Perhaps by then the Union and NATO will have no other choice than to use the drastic means of a quarantine; quarantining Hungary to avoid the spread of a virus of another nature: the virus of illiberalism.

András Simonyi is a senior fellow in the Atlantic Council’s Global Energy Center and former Hungarian ambassador to the United States.