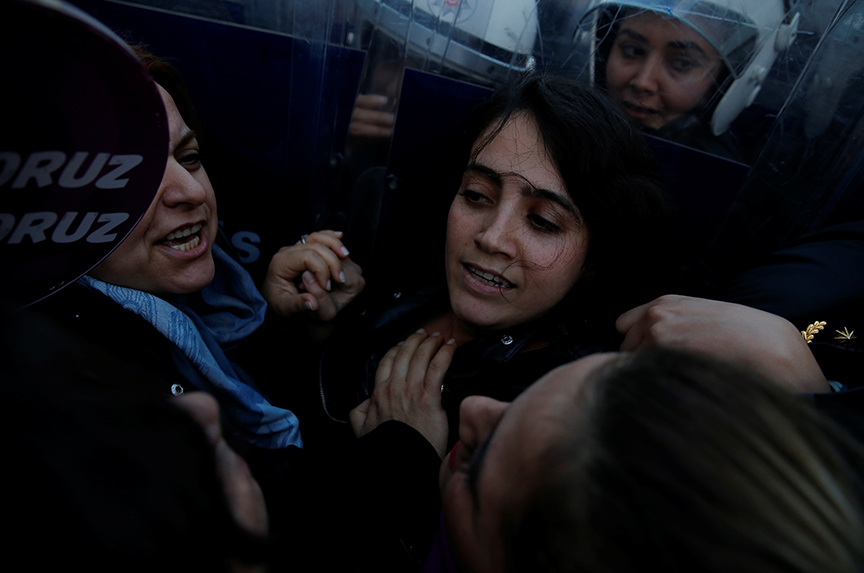 Though we spend so much of our time contemplating some of the cruelest of human actions, human rights activists are normally, by nature, optimists. After all, why else would we believe in our ability to expose evil, ensure justice, and bring positive change?

Yet recent times have challenged us a lot and the 70th anniversary of the Universal Declaration of Human Rights on December 10 falls at a time of deep pessimism for many human rights activists. There have been massive advances over the past seventy years—billions raised out of poverty, children moved from the workforce and into the classroom, their elders living longer and healthier lives. Women have taken huge strides toward gender equality, while indigenous communities, those who identify as LGBT, and people with disabilities are claiming their place in society.

Still, there is truly a mercy deficit in the world today.

Shame is on the retreat.

The problem is not just the efforts of so many leaders—and the millions who vote for them—to undermine human rights but their attacks on the very norms of humanity, compassion, and decency that make human rights possible. Growing numbers of world leaders not only flout human rights but boast about it. Autocratic populists and their admirers like Viktor Orbán of Hungary, Jair Bolsonaro of Brazil, Rodrigo Duterte of the Philippines, and Donald Trump here in the United States seem to take pride in repressing and attacking, in vile terms, refugees, migrants, asylum seekers, Muslims, LGBT people, drug users, and other vulnerable and marginalized groups.

Even the most basic value that underpins human rights—that every human life has equal worth—is threatened by those who talk and tweet of “the other” in ways that question their very humanity.

The lukewarm response of the United Nations and other international institutions to the appalling suffering of the Rohingya refugees who fled Myanmar, or of malnourished children caught up in the war in Yemen speak to a real lack of moral leadership in the world today as so many countries retreat into narrow nationalistic positions.

It might seem a strange time to be celebrating a document that so many leaders want to ignore and disrespect. The Universal Declaration of Human Rights remains a hugely important milestone in the evolution of the human rights movement and in the development of an international commitment to recognize and defend human rights as a matter of legal and moral obligation.

And, despite our current anxieties, the Universal Declaration and the principles it stands for, beginning with the idea that “All human beings are born free and equal in dignity and rights,” will remain relevant and an important moral touchstone in the years ahead. Not because it created the idea of human rights. It didn’t. Government representatives sitting at the United Nations General Assembly in Paris on December 10, 1948, did not invent human rights. Its future is guaranteed because it articulates a universal human yearning for dignity, equality, justice, decency, and compassion enshrined in religious, cultural, and moral traditions from around the world going back many thousands of years.

The Old Testament teaches us to “care for the stranger.” The New Testament tells us to “do to others as you would have them do to you.”  The Quran insists on the duty to be truthful and just. Though there is no word in Sanskrit that conveys the idea of rights as an entitlement, a central  doctrine of Hindu thought is Dharma, which covers the ideas of duty, morality, ritual, law, order, and justice. And Buddhism sees all human beings as equal in dignity and rights irrespective of considerations such as caste, race, color, creed, and gender.

In short, our commitment to  human rights values comes not from the articles and laws that codify them —important as they are—but from something much more fundamental: a deep and ineffable recognition of common humanity creating a commitment to work with and identify with those who are so often “the other”—the most hated, the most dispossessed, the most discriminated against people in the world: the Rohingya in Myanmar, LGBT people in Chechnya, women in Saudi Arabia, undocumented migrants in the United States, a malnourished child in South Sudan, an activist living under the government’s iron fist in Venezuela.

Human rights activists around the world work every day—often at great risk to their own lives—to face evil in order to change it. At its best, human rights activism fulfills the values enshrined in the Universal Declaration in a celebration of common humanity.

And even when it fails to remedy that injustice, human rights activism seeks to fulfill the moral imperative of bearing witness, of demonstrating solidarity with victims of human rights violations, and—through that solidarity—affirming the universal values of human rights as enshrined in the Universal Declaration of Human Rights.

The damage being done to people’s human rights by many abusive leaders around the world will not be easily undone.  And while it is not given to us to solve all of the injustices of the world, neither are we ever absolved from the obligation to try.

Image: Women’s rights activists scuffled with riot police as they tried to march through Taksim Square to protest against gender violence in Istanbul, Turkey, on November 25. (Reuters/Huseyin Aldemir)