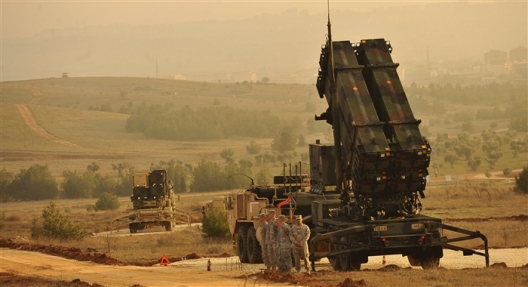 Prime Minister Erdrogan’s recent announcement that Turkey is in discussions with China Precision Machinery Export-Import Corporation (CPMIEC) to acquire the FD-2000 (export version of the HQ-9) as Turkey’s first long-range anti-missile system is a significant step backward from the “Smart Defense” initiative endorsed by all leaders at the 2012 NATO Summit.

The “Smart Defense” initiative is based on the principles of pooling military capabilities, relying on greater interdependence of member countries’ assets, and adopting a “collective defense” perspective when prioritizing defense investments in order to counter 21st century threats in a period of austere defense budgets.   The announcement by the Turkish government clearly sends a message that Turkey is considering the attractiveness of technology transfer and lower initial acquisition cost versus loosing the long-term benefits of Smart Defense.  Prime Minister Erdogan told journalists that “for the moment, China is offering the best conditions” — including meeting Turkey’s demand to produce the missiles jointly. Turkey must be discounting long-term operational and economic risks as it deliberates on the “conditions” being considered.

First, the FD-2000 is a complex system of radars, infrared sensors, command and control, launchers and interceptors that will have to be sustained with non-standard parts, inventories, diagnostics, maintenance equipment and knowledge.  Thus, Turkey will have to accept the long-term cost of maintaining a unique logistics and training system.

Third, due to a lack of knowledge of the FD-2000 system, the ALTBMD system will be limited in its ability to fully leverage capability of the FD-2000.  Additionally, Turkey will not be able to fully benefit from the evolution of the Active Layer Theater Ballistic Missile Defense (ALTBMD) command and control system, and the rest of the NATO architecture, as it responds to emerging missile defense threats of the future. Furthermore, by partnering with the Chinese, Turkey will be isolating itself from potential relationships with the European and US industrial base and the markets they supply.

In sum, while the initial investment in the FD-2000 may be lower for Turkey, the system-wide operational fragility, expense, and performance penalty of deploying and sustaining a unique missile defense system will not justify the significant long-term cost to Turkey and NATO.  While no one questions Turkey’s sovereign right to determine its own strategies for acquiring military capability, consultation with NATO stakeholders would be prudent.  It is ironic that Turkey may be unwilling to share the benefits of Smart Defense, but it is willing to consider sharing the expense and operational penalties of disregarding Smart Defense on its fellow NATO members.

Image: US Service members stand by a Patriot missile battery in Gaziantep, Turkey, Feb. 4, 2013 (Photo: US Department of Defense/Glenn Fawcett)