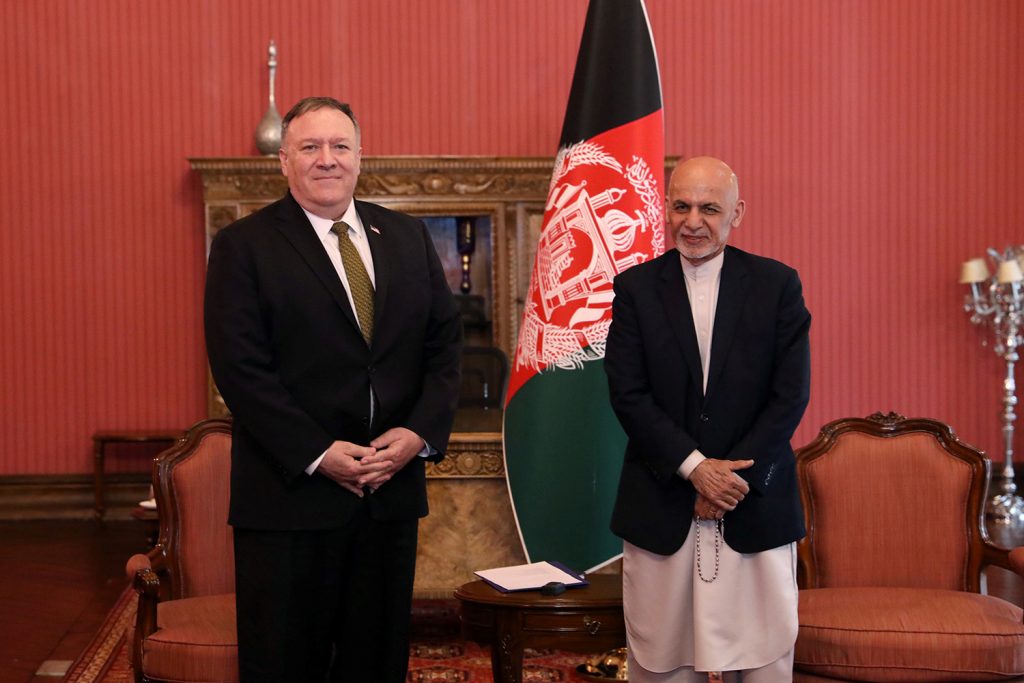 US Secretary of State Mike Pompeo’s abortive mission to craft a stable coalition government in Kabul capable of holding peace talks with the Taliban raises fresh concerns about the absence of a clear US strategy for exiting its endless war in Afghanistan. The United States lost the war and now risks losing the peace by adopting a transactional approach in dealing with the Afghans. Washington needs a comprehensive regional economic development plan to assure Afghans that it will remain engaged in their development and regional trade. That, rather than punitive actions, would incentivize good behavior on the part of Afghanistan and its neighbors, especially Pakistan. Iran also needs to be brought into the equation to help stabilize Western Afghanistan and allow the return all Afghan refugees over time.

While there may be some positive signs about the moves toward a peaceful US exit from Afghanistan, there are many more reasons to be concerned about the continuation of conflict within the country and its region. US Special Representative Ambassador Zalmay Khalilzad has done well to cobble together a deal with the Taliban, but the more important talks amongst the Afghans themselves remain elusive. The deal with the United States allowed the Taliban’s Sirajuddin Haqqani to camouflage himself as a peacenik in the pages of The New York Times while allowing US President Donald J. Trump to check off another campaign promise: that he would end the United States “longest war,” even as he faces a tough re-election battle in a period of turmoil caused by the COVID 19 pandemic. But who will guarantee that we do not lose the peace that is meant to follow the February 29 Doha accord?

Afghanistan resides in a tough neighborhood. For it to return to peace, it will need to create successful dialogues internally as well as with its neighbors, especially Pakistan, and buck the historical forces that have kept it imprisoned in conflict. It will also need to guarantee economic development and growth for its entire people, while preserving the economic and social gains that have been made in the past decade or so.

Recall that neither Afghanistan nor key neighbors Iran and Pakistan signed the US-Taliban agreement that affects them. There may well be delays in the total US withdrawal as the Taliban resile from some of their stated positions and as opportunities arise for interested third parties to try to sabotage the peace plan.

Publicly setting a fourteen-month deadline may not work for the creation of a clean break from the past. It did not work for former US President Barack Obama. In contrast, the Soviet Union Politburo decided in late 1986 to orchestrate a quiet planned withdrawal, two years later, but made no public announcement of a departure. That example has now been ignored by two US presidents, both of whom did not learn from history. Too much can go wrong in the interim. As the failed Pompeo mission to recreate an arranged marriage between Afghan opponents for the presidency indicates, something is already amiss. And the advantage has clearly shifted to the Taliban for now.

For the US gambit to succeed and for a stable Afghanistan to survive, the United States and its coalition partners must commit clearly and substantially to the stability and economic future of Afghanistan. One way of doing that is to work with both Afghanistan and Pakistan to help develop their contiguous territories straddling the Durand Line, productively employing women and the bulging youth share of Afghanistan’s expanding urban population. The challenge for any new Afghan government of national unity (including perhaps the Taliban) will be to end corruption, deliver economic progress, and attain a better understanding with their immediate neighbors in the region on common economic goals.

The United States effectively lost the war when it went into Afghanistan without a clear and quick goal. It confused the initial aim of removing the Taliban regime to deny al-Qaeda a base with shifting objectives, including nation-building and defeating the Taliban insurgency, and relied, among other things, on poor understanding of Pakistan’s hedging doctrine. Eighteen years after the initial invasion of Afghanistan by six CIA teams and a US Naval Task Force 58 under then Brigadier General James Mattis, we are left with the detritus of a confused history. How could the United States win a war fought for eighteen years with eighteen different commanders of US and coalition forces? Each commander had a different vision. Each promised that US forces were “turning the corner.” Meanwhile Washington was fighting “ten wars” inside Afghanistan, as illustrated by a PowerPoint deck produced by the National Security Council’s Lt. General Doug Lute for the transition from the George W. Bush to the Obama White House and reflected also in the initial analyses of then Supreme Allied Commander Europe General James Jones and International Security Assistance Force (ISAF) commander General Stanley McChrystal. Fractured decision making produced uncertainty and gave sustenance to the Taliban’s efforts.

This confusion also encouraged Pakistan to take an elastic view of its misalliance with the United States; to seek financial assistance and in return provide only measured help in the border region. All this while Islamabad retained ties to the Taliban as they represented the Pakhtun majority inside Afghanistan and shared tribal affiliations with the Pakhtuns that inhabited much of Pakistan’s own shared borderlands with Afghanistan. Recently, this same relationship allowed Pakistan to play a role in facilitating the US exchanges with the Taliban. Ironically, Mullah Abdul Ghani Baradar, who was one of the leaders of the Taliban at these negotiations, was captured in Karachi by Pakistani police at the behest of the United States. He was released by Pakistan to help jumpstart the Doha peace talks.

If the current cessation of fighting holds, the more difficult task will begin: to start a noisy internal Afghan dialogue between the newly certified government of President Ashraf Ghani, other regional and sectarian leaders, and the Taliban. New internal alliances may then emerge. Some allies may well be sacrificed in the process. But it will be critical for the United States to remain engaged and act as a guarantor of the peace and the stable economic future of Afghanistan. This will help preserve the emerging modern Afghan society and protect and nurture the emancipated women and expanding urban youth groups who hold the key to its future. Threats to cut aid to Kabul have the opposite effect and only strengthen the Taliban.

Equally difficult and important will be the crafting of an enlightened policy by Pakistan that allows Afghanistan to reach its own decisions without political engineering from across the Durand Line. Pakistan’s civil and military leadership should fully understand the dangers of an obscurantist Islamist regime in Kabul. Such an extreme regime could pose an existential threat to Pakistan itself by linking up with the Islamists inside Pakistan and fomenting unrest among the disaffected Pakhtun youth, who have felt disenfranchised by the political center. A challenge and an opportunity exist for the Afghan and Pakistani leadership to craft a coordinated economic plan for the border region to equalize opportunities and provide facilities for developing agriculture and manufacturing in reconstruction opportunity zones to employ their largely youthful population.

An informed and patient US involvement in this process and the infusion of targeted and graduated economic assistance, contingent on results and local ownership, is needed to give peace a real chance in Afghanistan and in the borderlands of Pakistan. Consistency and constancy are needed, rather than the whiplash inducing roller coaster relationship the United States had with both Pakistan and Afghanistan that produced decades of war and destruction, nor punitive US measures and threats of sanctions. The people of the region deserve a much better future than the past that we thrust upon them with our half-baked experiments in governance and warfare. The United States did not win the military war in Afghanistan. It must now try to win the peace.

Shuja Nawaz is distinguished fellow at the South Asia Center of the Atlantic Council. His latest book is The Battle for Pakistan: The Bitter US Friendship and a Tough Neighborhood forthcoming from Rowman & Littlefield.

Image: Afghanistan's President Ashraf Ghani (R) and US Secretary of State Mike Pompeo, pose for a photo during their meeting in Kabul, Afghanistan March 23, 2020. Afghan Presidential Palace/Handout via REUTERS