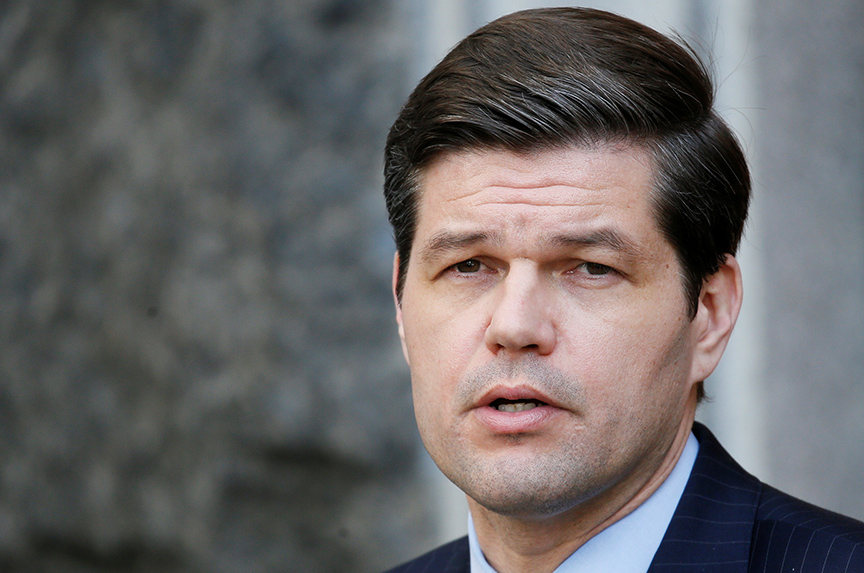 Wess Mitchell, the United States’ top diplomat for European affairs, will resign from the State Department next month, sixteen months since he took the job. His last day as assistant secretary of state for European and Eurasian affairs is February 15.

As assistant secretary, Mitchell’s responsibilities have included diplomatic relations with countries in Europe and Eurasia, and with NATO, the European Union, and the OSCE.

Mitchell cited “personal and professional” reasons in his resignation letter to US Secretary of State Mike Pompeo, according to The Washington Post, which first reported the news.

Stating that he felt he had “completed what I set out to do” in the role, Mitchell wrote: “As such, I believe that the time has come for me to spend more time with my young family, who have endured many days without me over the past several months.”

Pompeo praised Mitchell in a Twitter post. “Wess has done an outstanding job as Assistant Secretary,” he wrote. “I have valued his counsel and wisdom as he has led our European team in this administration. I wish him and his wife Elizabeth, who is also a committed public servant, much happiness with their two young children.”

Damon Wilson, executive vice president of the Atlantic Council, described Mitchell as a “devoted Atlanticist who has worked his entire career to put allies at the forefront of US national security strategy.”

“Wess understands that in an era of great power competition, our allies are our greatest strategic advantage over our adversaries,” Wilson said. “During his tenure, he helped mobilize efforts to push back on negative Russian influence in Europe, helped bolster NATO’s security presence in Central Europe and the Baltics, led diplomatic efforts in Southeast Europe which expanded our alliance, and maneuvered weapons sales to Ukraine and Georgia through the interagency.”

“Any successor will face the tough task of stewarding transatlantic ties in tumultuous times, including overcoming key differences with the European Union on trade and Iran and with Turkey on regional strategy, while checking Russian efforts to disrupt and Chinese efforts to displace our interests in Europe,” he added.

Analysts were agreed that Mitchell’s exit is a setback for the Trump administration.

“As a firm advocate for strong transatlantic relations and for defending the security of countries facing Russian aggression, Wess Mitchell’s departure is a tremendous loss for the administration and for NATO,” said Alexander “Sandy” Vershbow, a distinguished fellow in the Atlantic Council’s Scowcroft Center for Strategy and Security who has served as deputy secretary general of NATO and US ambassador to Russia.

Daniel Fried, a distinguished senior fellow in the Atlantic Council’s Future Europe Initiative and Eurasia Center who in the course of his forty-year Foreign Service career played a key role in designing and implementing US policy in Europe after the fall of the Soviet Union, described Mitchell as “one of the pillars of this administration’s most constructive foreign policy ideas.”

“The Macedonian-Greek settlement, now (we hope) at hand; renewed US work in Central Europe, including the Three-Seas Initiative that is part of, and not alternative to, Europe; a Russia policy that looks reasonable in practice, despite the problems of the president’s rhetoric and; support for NATO, despite some of the president’s questionable instincts, are all actions associated with Wess Mitchell,” said Fried. “He has generated wide respect in Europe and in Washington, and his loss will be felt.”

“I’m fully supportive of him, the job he’s doing, the leadership team here,” Mitchell said of Pompeo. “But I feel like I’ve done what I came in to do. My kids have a greater claim to my time right now than the public does.”

John E. Herbst, director of the Atlantic Council’s Eurasia Center who served as the US ambassador to Ukraine from 2003 to 2006, said: “Wess Mitchell turned in a star turn as assistant secretary of state for Europe. He helped develop strong and smart policies on NATO, Central and East Europe, and Russia. But others in the administration, including Secretary Pompeo and Vice President Pence played even greater roles in advancing these policies, which should continue.”

Prior to joining the State Department, Mitchell led the Center for European Policy Analysis, a Washington think tank he co-founded and that is dedicated to the study of Central Europe. He was sworn is an assistant secretary of state on October 12, 2017.

Image: US Assistant Secretary of State for European and Eurasian Affairs Wess Mitchell said he was resigning to spend time with his family. (Reuters/Valentyn Ogirenko)