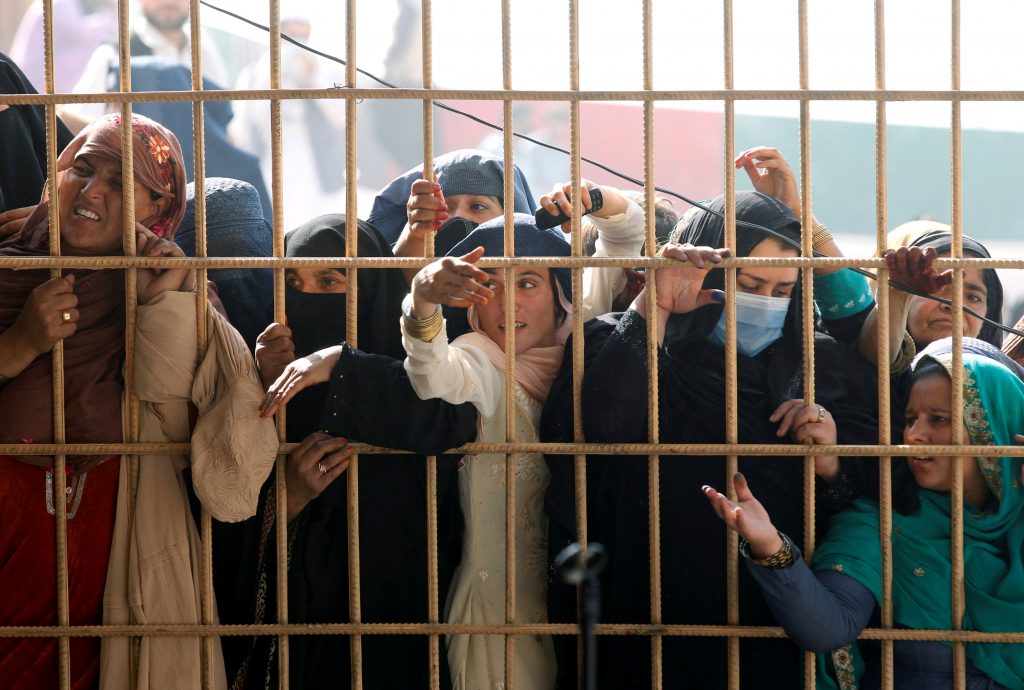 Subsequent to the 2020 US-Taliban agreement, the Taliban began targeted killings and beatings of individuals openly supporting democratic values, government officials, and the rights of Afghan people, consequently catapulting HRDs, journalists, civil society activists, educators, and more under serious threat as primary targets of the group. Indeed, Mr Raufi emphasized that the Afghanistan war is a war of “values and traditions” where HRDs are perceived as soft targets. While Mr Raufi was living under the control of the Taliban, for instance, he witnessed various acts of brutality—civilian beatings, executions, and more. In fact, just last month nearly 200 activists were killed by the Taliban in Kandahar during a seminar to promote civic engagement, human rights, and democratic values for Afghanistan. With US evacuations underway, the safety and protection of HRDs are more crucial now than before.

There has yet to emerge effective action plans and protection mechanisms for HRDs since the US withdrawal, a critical concern for Afghanistan’s activists. Notably, Ms Hamidi highlighted the Taliban’s earlier demand to release 5,000 prisoners and the ensuing dynamics following so: the extremist group gained authority, recognition, and power while HRDs were left disempowered and defeated. Ms Hamidi further emphasized that for years, HRDs have been pleading for help from international actors such as the European Union delegation, the United Nations, the US embassy, and the UK embassy, however, such actions remain unanswered, and the only effort to address HRD safety in Afghanistan, spearheaded by Amnesty International and 37 other human rights organizations in January 2020, offered no solutions. Another issue of concern, per Ms. Hamidi, remains that of international communities shutting down visa support or provisions to human rights defenders and activists. In many cases, Afghan HRDs work several years for allies, only to be abandoned amid difficult times. Although extensive protection mechanisms are needed for all Afghanistan, protection placements for human rights defenders in Afghanistan are most critical.

On a regional level, Ms Cooper stated India’s significant role in donor support and maintaining the peace and stability of Afghanistan by supporting an Afghan-led, Afghan-owned, and Afghan-controlled reconciliation process. However, this negotiation process lacks a common border and support from the actors involved, and thus has not been implemented or established. Afghanistan under Taliban control, per Ms Cooper, will bring about “intensification of Islamic militancy in India’s Kashmir region and possibly the rest of India.” Regarding Pakistan, Ms Cooper claims the country supported the peace process for it strengthened the Taliban’s power through international legitimacy and increased economic support of the extremist group. Hence, Pakistan wants the Taliban to return to power through “power sharing agreements that have international backings,” a feat which has yet to materialize. Ms Cooper also emphasized the importance of Iran’s inclusion in the trilateral relationship for the stability and security of the region.

The future of Afghanistan and human rights defenders

In February 2019, the first peace talks between the Taliban and the United States provided hope and optimism for the end of conflict in Afghanistan. As talks continued, Ms Mosadiq stated that the only concern of the United States was how they would “gracefully” withdraw their troops from Afghanistan, and that the lives, future, and the gain of Afghan people were of little concern in comparison. Ms Mosadiq further added to these issues by stating that the release of 5,000 Taliban prisoners “signed a blank check to the Taliban and gave them permission to do whatever they want.” The continued fight, struggles, and atrocities in Afghanistan have dismissed any dream of the Afghan people from having a stable government, state, and treaty. Ms Mosadiq expressed her frustration that years of peace talks yielded no gains for the Afghan people, while the “more crimes [the Taliban] commit the more leverage they receive.”

The discussion ended with closing remarks from the panelists. Ms Mosadiq concluded that the level of support that the Afghan national security forces are receiving from the people of Afghanistan is extraordinary because it shows that the Afghan people are denouncing the rule of the Taliban and want to live in peace without the Taliban. From an international perspective, Ms Hamidi encouraged the United States to speak up for the people of Afghanistan, their women, and their human rights defenders in their most critical time. Ms Cooper supports Ms Hamidi’s remarks that now is the time for the United States to uphold its values of democracy, justice, and human rights. Mr Raufi ended the discussion by asking international communities to support and protect human rights values for the people of Afghanistan.

Image: Afghan women wait to receive tokens needed to apply for a Pakistani visa, after others were killed in a stampede for the tokens in Jalalabad, Afghanistan October 21, 2020. REUTERS/Parwiz TPX IMAGES OF THE DAY