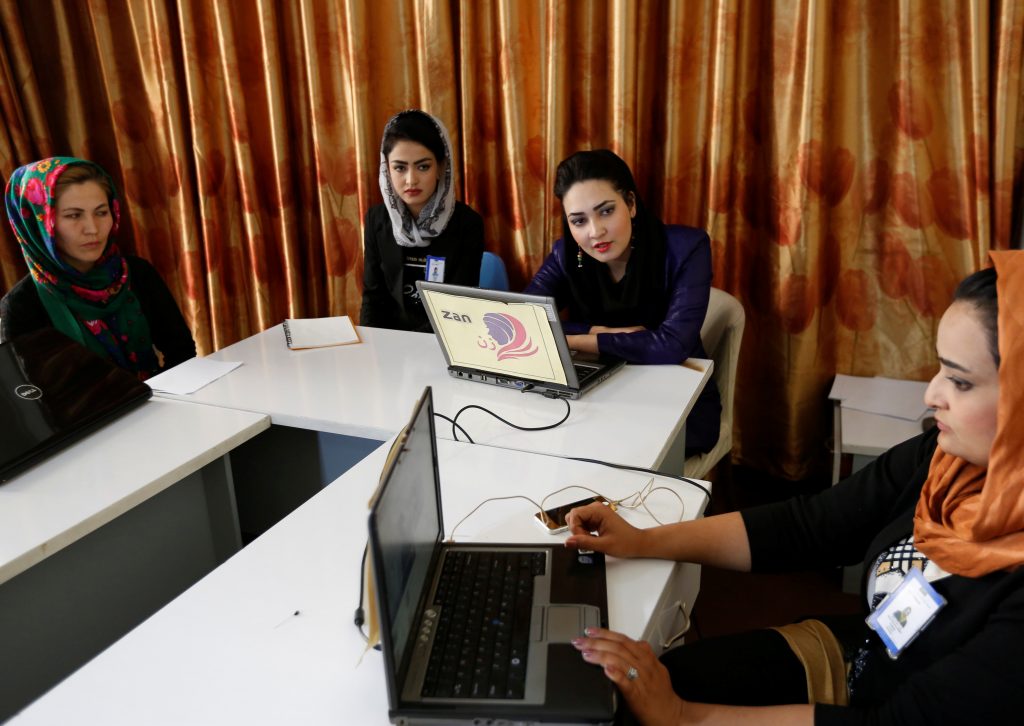 The Taliban takeover offers no respite to vulnerable Afghan communities, especially considering the group’s dubious credibility to uphold recent public statements claiming that they’ve changed. Journalists, news reporters, and other contributors to the country’s once-vibrant media landscape—a highly visible achievement of the past twenty years—must now brace for potential Taliban retribution, with minimal help from the international community and no idea of what’s to come. In particular, women journalists are in grave peril, with thousands destroying their identities and going into hiding, plagued with the uncertainty of what Taliban rule means for their careers, livelihoods, rights, and safety.

In this interview, the Atlantic Council’s South Asia Center and Radio Free Europe/Radio Liberty (RFE/RL) partnered for a discussion on the prospects for Afghanistan’s media sector under renewed Taliban rule. Jamie Fly, president of RFE/RL, as well as moderator Irfan Nooruddin, director of the South Asia Center, led the conversation.

Four scenarios of Afghanistan under the Taliban

After capturing Kabul at lightning speed—surprising analysts and security experts alike—the Taliban are now poised to assume leadership once again in Afghanistan. In lieu of these developments, four potential trajectories warrant attention in the near to medium term.