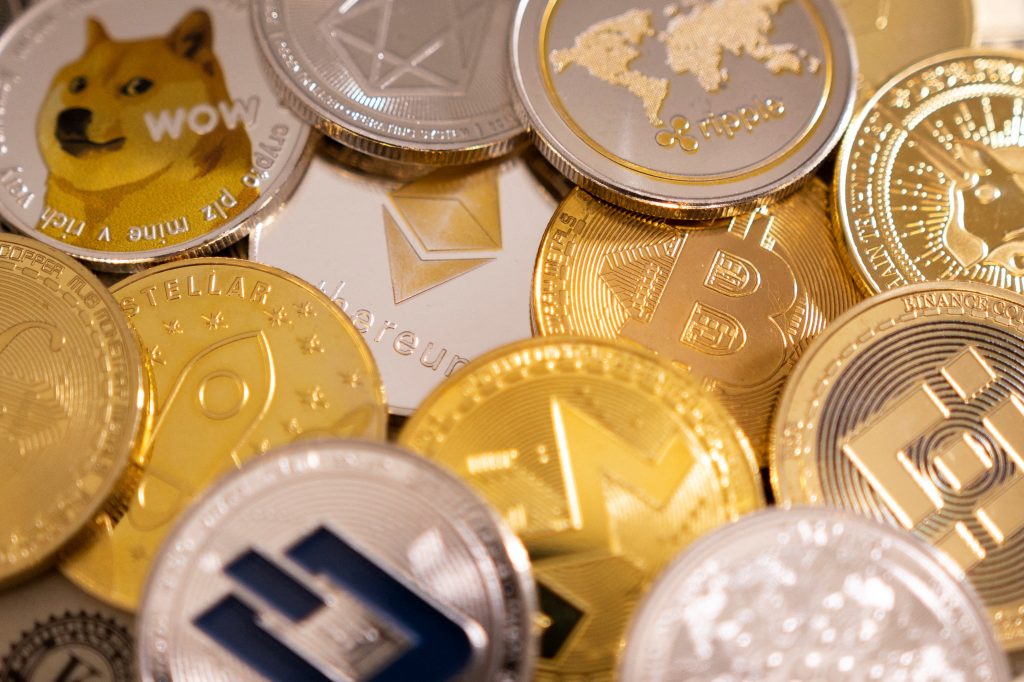 On February 1, 2022, India’s Finance Minister Nirmala Sitharaman presented the Annual Budget for the next financial year. While the budget laid out a comprehensive and ambitious plan to increase government spending, it largely stayed away from tinkering with the prevalent tax structure – aside from the massive announcement of instituting a tax on crypto assets (defined as virtual digital assets by the government). Under these new rules, income generated from the transfer of virtual assets will be taxed at 30 percent. Additionally, a 1 percent tax (tax deducted at source) will be levied on payments made in relation to the transfer of virtual digital assets. Even the gifting of the virtual digital asset is also proposed to be taxed in the hands of the recipient. While a 30 percent tax is one of the highest in the country, and some of the provisions may be tricky to implement (for the government, consumers, and exchanges), the budget announcement is welcome news for India’s emerging crypto ecosystem.

The budget also defines virtual digital assets, a first for any policy or regulation in India. It also plans to launch a Digital Rupee, which will be developed by the country’s central bank. These steps are being interpreted as the first steps towards the recognition of crypto assets in India.

The future of the crypto ecosystem has been uncertain since November 2021, when news reports indicated that a potential legislation banning these assets was in the works. While a crypto legislation is still expected to be tabled in parliament this year, it is now likely to focus on regulations rather than an outright ban. While uncertainty has receded in light of the budget announcements, the job for India’s crypto ecosystem is only half-finished.

In December 2021, I was part of a stakeholder consultation on cryptocurrency where a senior Indian government official (Official A) currently involved with the country’s monetary policy made a claim: “I do not see any societal value in cryptocurrencies, so what is the point of discussing and debating it.” Said official represents a large global group of people, especially policymakers who see the whole phenomenon of crypto assets as a bubble fueled by “irrational exuberance” of investors, like all bubbles are.

While the crypto ecosystem has avoided an outright ban for now, there is a pertinent need to change the narrative around what this emerging ecosystem means for India’s future technological and economic ambitions.

The December consultation I was a part of had a very interesting mix. Out of the 25 odd participants, only two represented companies who are a part of the crypto ecosystem, and only one of them with experience in creating and developing technology. This is not odd since most companies, and especially tech companies, prefer lawyers, industry associations, and advocacy groups to represent their interests. It is beneficial somehow since it pokes holes in a government’s approach to regulate a particular sector. However, often it impedes the company’s ability to present the transformational potential of the underlying technology. The debate then focuses on minimizing harms rather than deliberating the growth potential and support of a technology. In the case of crypto, this mistake can be fatal for the sector, the growth of the underlying technology, and maybe the country.

For India’s (and the global) tech-developer community, crypto assets herald a moment in time that can transform the global internet ecosystem (I interviewed some of them in November-December). For them, crypto is a means to an end – Web 3.0 or the decentralized internet built on blockchain technology. For simplification, the term Web 1.0 generally describes the early days of the internet – the interconnection of computer networks, to the early browsers and websites until the 1990s. In the next phase, Web 2.0, intermediaries built applications, and much of it was based on content generated by users. The intermediaries (Google, Facebook, Amazon, etc.) exercised significant control in the Web 2.0 age (and continue to do so). The idea of Web 3.0 is to create software and platforms that aren’t dependent on traditional companies and Web 2.0 business models such as advertising. For example, users might pay for services directly using tokens. In an ideal world, Web 3.0 services are supposed to be operated, owned by, and improved upon by communities of users.

Coming back to the point of India’s developer community, their voice is virtually absent from the crypto regulation debate. Instead, exchanges, uninformed investors, legacy bankers, and risk-averse government officials are deciding the future of a technology that could be the heir to the global internet. It must be pointed out that not all of the tech community buys the whole Web 3.0 argument. This group that includes Twitter’s Jack Dorsey and Tesla’s Elon Musk, who essentially believe that Web 3.0 is primarily owned and pumped by venture capitalists (VCs) and that no real noticeable value has yet been created for humanity. Others think that Web 3.0 is just a smokescreen being pulled by  “crypto bros” to escape regulatory scrutiny. Well, there is nothing to say that they could be wrong. This is what bubbles are made of when the exuberance of one group of people appreciates the demand for an asset to irrational levels. However, what if they are wrong? And can India take the risk of being on the wrong side of the prediction, especially when other countries are approaching the topic with more of an open mind?

A winner of the Nobel Prize in Economics, Paul Krugman wrote in 1998, “The growth of the Internet will slow drastically, as the flaw in ‘Metcalfe’s law’—which states that the number of potential connections in a network is proportional to the square of the number of participants—becomes apparent: most people have nothing to say to each other! By 2005 or so, it will become clear that the Internet’s impact on the economy has been no greater than the fax machine’s.” Paul Krugman’s comment sounds very similar to that of the Indian government’s Official A discussed above who did not see any societal value in crypto. While it is important to place Krugman’s comments in context, it is safe to say he underestimated the internet. If we categorized periods in history by the most transformational technology of the time, then it is not difficult to assume future historians would classify today’s age as the “internet age.” I am aware that this may prove to be a false parallel in the future as the Web 3.0 narrative implodes on itself, but we don’t know that yet. That’s the best part (or the worst part) of living in the growth phase of a technology. If crypto is the means to an end, it would be foolhardy to consider putting an end to it. Even if the stakeholders believe it to be a bubble fueled by irrational exuberance, the issue must be examined rationally and objectively.

This is not to suggest India shouldn’t build safeguards to ringfence its economy from the potential harms of crypto. The government should build mechanisms to safeguard investors’ interests through checks on exchanges and wallets, operationalize traceability of transactions through Know Your Customer (KYC) norms on customers and exchanges alike, and ensure India’s macroeconomic stability is not threatened because of crypto. The recent announcements in the Annual Budget are the first step in this direction but there is a lot of ground that is left to be covered. On the part of India’s tech community, it should ensure that the transformational potential of this technology is not lost in all the noise. India has the ecosystem to become a global blockchain and Web 3.0 powerhouse of the world. And this is no exaggeration.

India’s Polygon is an interesting case study of the country’s potential. The surging growth of the ecosystem is putting pressure on the most popular blockchains – Ethereum, raising fees and high settlement times. Bengaluru-born Polygon offers a solution. Polygon was developed as a protocol and a framework for building and connecting Ethereum-compatible blockchain networks addressing aforesaid limitations. Essentially, Polygon is a Layer 2 solution of Ethereum, using its foundational technology to implement a robust and decentralized security model while being able to scale the volume of transactions and applications beyond Ethereum’s capability. Over 3,000 Web 3.0 apps and businesses are now using the polygon network. It became part of the Bitwise 10 Large Cap Crypto Index (BITX), which tracks the returns of the ten largest crypto assets (Bitwise Asset Management, which manages the index, has assets under management (AUM) worth $1.5 billion). As of October 13, Polygon had a market cap of around $8 billion. In comparison, India’s largest equity trading platform, Zerodha, is roughly valued at $2 billion. This is, of course, an oversimplification, but it illustrates an important point. India can build many such Polygons provided the country’s government keeps an open mind about crypto and Web 3.0.

Through the budget, the government has thrown a lifeline to the crypto and Web 3 ecosystem. Initial reactions to the tax announcements have been positive despite the high quantum (apart from a few concerns on how it will be operationalized). The ecosystem now needs to build on this opening further as the government prepares to introduce legislation in parliament to regulate crypto assets. They will have to go beyond positioning these assets as a new investment avenue but focus on the broad societal and technological benefits that the ecosystem can offer to the country.

Adnan Ahmad Ansari has an educational background in engineering and liberal arts. He is currently an Associate Vice President at 9.9 Insights, a Policy and Strategic Advisory firm based out of New Delhi, India. Opinions are his personal.

Both countries need to be vocal about their goals—but also realistic in their expectations.

Image: A representations of cryptocurrencies in this illustration taken, January 24, 2022. REUTERS/Dado Ruvic/Illustration