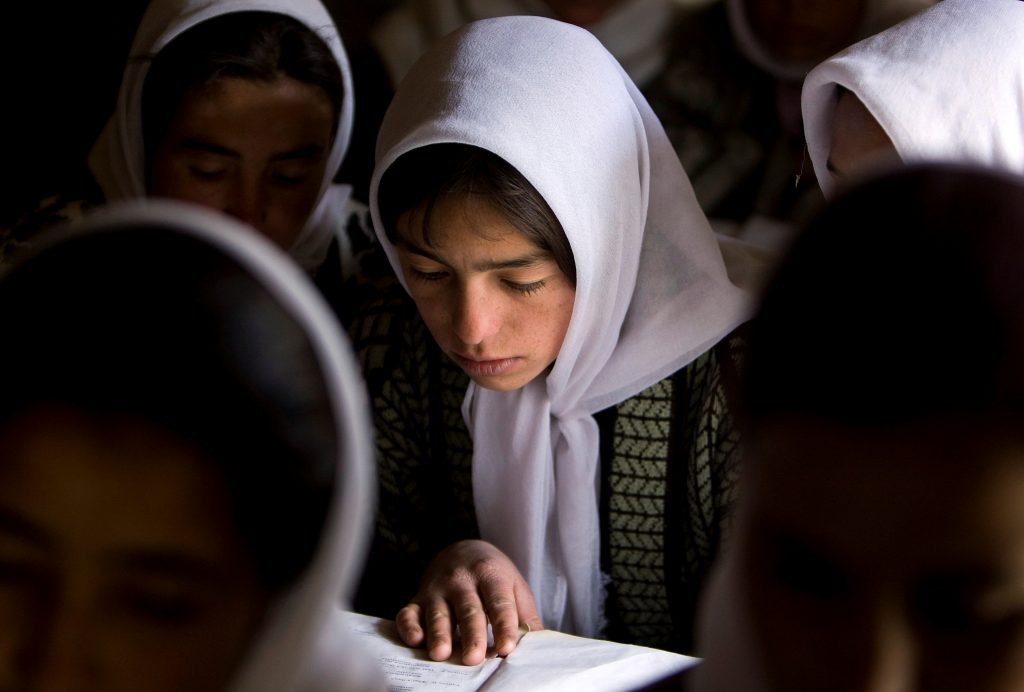 On March 23, 2022, the Taliban abruptly announced that schooling for girls beyond grade 6 would remain closed until further notice, citing technical issues as the reason for the closure. That morning, girls in Afghanistan were brimming with passion and enthusiasm as they prepared to return to the classroom after waiting for seven months for secondary schools to reopen. This decision by the Taliban resulted in girls being turned away from school, many in tears.

This scenario is exactly what I feared would happen when the Taliban took over in August 2021. I feared that restrictive policies on women and girls, violations of human rights, and a totalitarian system would undermine and silence the education and progressive achievement of youth and adults in Afghanistan. That said, this decision by the Taliban has not shocked me–it has been clear from day one that the Taliban have not changed ideologically but are simply playing politics to to gain and sustain power. Now, however, they are using girls’ education and women’s freedom as political tools to negotiate their demand for recognition and foreign financial assistance to sustain their regime. This is one of the worst decisions that the Taliban enforced on society since taking over and is primed to have both social and political consequences in Afghanistan.

Though the Taliban said in a statement that the reason for school closures was due to technical issues related to school uniforms, it could simply be a political move. It may also have larger political consequences for the Taliban regime–they have broken the trust of the people of Afghanistan and the international community. The closure of girls’ education and restrictions on women’s activities are based on the Taliban’s ideological and political stances. Though the Taliban have used women’s and girls’ freedom and education as political tools to negotiate their demands for recognition and economic assistance, the decision to postpone girls’ access to education will have larger consequences for Afghanistan that the group may have not calculated. First, this decision could impact the flow of funding that was meant to address the ongoing economic and humanitarian crisis; it may also shift the momentum of international funding created in hopes of addressing Afghanistan’s severe humanitarian crisis. Second, the lack of transparency in the Taliban’s decision making system will further perpetuate the environment of mistrust in Afghanistan, especially since there have been voices across the country expressing their frustration with this news and many of whom are planning to leave the country, if they have not already.

What restrictions on girls’ education means for girls in Afghanistan

The announcement that schools would not open was the most devastating news Afghan girls could have heard when they were ironing their school uniforms and arranging their backpacks and books. For the past seven months, these girls have been dreaming of being back in the classroom with their teachers and classmates, retrieving some of their freedom and their place in society. An immediate negative impact of the decision to ban girls from attending secondary school is the interruption in their one year school schedule.

Secondary schools for girls have been closed since the Taliban assumed power in August 2021 and girls have already missed a large portion of the current school year. For teenage girls in Afghanistan, attending school is a way to leave the boundaries of their homes and be part of a learning society. The act of attending school is a source of empowerment that gives them an identity, a presence, and self-esteem. Preventing girls from entering the gates of school due to their gender undermines their identity and wrongfully assures them that they have no place in the society of learning. Nothing could be more disastrous to girls’ self-esteem than to learn that their gender–something they cannot change–is the sole prohibitive characteristic denying them their education.

This is an extreme act of cruelty that rulers can impose on a population who is still in their very early stages of growth and development. This experience can bring on emotional trauma and can have negative long-term impacts on how girls see themselves, which shapes their self-perception and behavior as well as their aspirations for the future. A young woman’s entire perception about her agency and life is affected by the decision of a ruling class which is totalitarian and misogynist by nature. Punishing a population because of its gender and undermining their capabilities by confining them to certain boundaries is a crime against humanity.

What restrictions on girls’ education means for Afghanistan

These restrictions on girls’ education and women’s freedom of movement will further strengthen a patriarchal system, institutionalize structural violence in society, and normalize discrimination and violence against women. It will further embed misogynistic behaviors, including promoting girls’ child marriage, in a society that needs greater resistance to such behaviors. These decisions promote and allow structural discrimination to stay intact in a society that is already prone and ripe for structural violence. It also creates fear and frustration amongst the larger population about the future of girls’ education and broader restrictions that will further limit their growth and development. In fact, exploring options outside their own country to secure their daughter’s education is likely to be another factor for people to choose migration over staying in a restrictive homeland.

Considering all of these factors, the world should not abandon the women and girls in Afghanistan. It is imperative, more than ever, to amplify the voices of women and girls and enable the conditions for them to participate in education and work. In addition to opening schools, the focus should be on ensuring access to quality curriculum and textbooks, the hiring of qualified teachers, and the protection of girls once they resume school. A monitoring system should be in place to oversee the education system, including schools and universities, and ensure that girls are treated properly and protected. The Taliban continues to hold millions of girls hostage while using women and girls’ rights to negotiate their own political and financial demands.

The Taliban must not be given any more leverage. Instead, they should be held accountable for the damage they have caused and continue to inflict upon the people–and most critically the women and girls–of Afghanistan.

The Biden administration’s General License, announced in February 2022 and exempting international commercial transactions from US sanctions, is a step in the right direction, but its effects will prove limited.

Afghanistan’s future after the Taliban takeover: Civil war or disintegration?

Amid the withdrawal of foreign troops, the lingering issue of ethnic discord once again is rearing its ugly head across Afghanistan.

Event recap: Women’s role in the future of Afghanistan

On January 19, the Atlantic Council’s South Asia Center and the US-Afghan Women’s Council co-hosted a conversation on women’s role in the future of Afghanistan.

Image: FILE PHOTO: Afghan girls attend a class at the Ishkashim high school for girls in the northeastern province of Badakhshan, near the border with Tajikistan, Afghanistan April 23, 2008. REUTERS/Ahmad Masood/File Photo