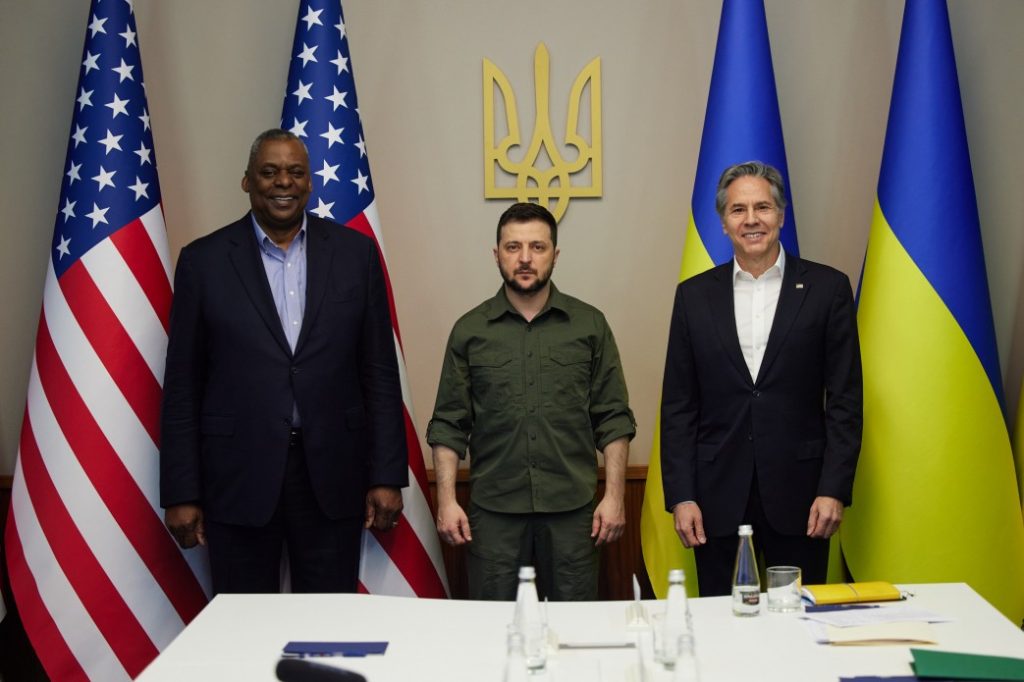 Ukraine Fights Back. After being forced to redeploy its troops away from Kyiv, Russia continued to face stiff resistance from Ukrainian forces in the eastern Donbas region, while making incremental gains in other areas including the port city of Mariupol. Russian leaders, facing mounting losses on the battlefield, once again suggested the possibility of nuclear escalation. As the United States and its NATO allies, notably including Germany, increased delivery of heavy weapons to Ukraine, Secretary of Defense Lloyd Austin indicated that America’s goal is to see a “weakened” Russia that no longer has the capacity to invade its neighbors.

Russia Halts Gas Exports. Russia’s state-owned energy company Gazprom halted gas exports to Poland and Bulgaria after they refused Moscow’s demand to make payment in rubles, and the Kremlin warned that other nations could face a similar fate. The EU condemned the move as an “instrument of blackmail” and sought to implement contingency plans to provide alternative supplies of gas to the affected nations, while getting set to propose a phase-out of Russian oil imports by the end of the year.

Macron Wins Re-Election. French president Emmanuel Macron won a second term after defeating far-right candidate Marine Le Pen, who received just over 40 percent of the vote. The election was being watched closely in capitals around the world, given Le Pen’s pro-Russia leanings and her expressed priorities, if elected, to limit French military support to Ukraine, oppose sanctions against Russia, and withdraw from NATO’s integrated command.