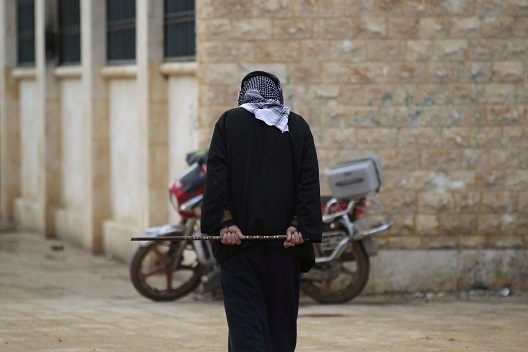 The incoming president and his national security team suffer no shortage of free advice on a full range of national security and foreign policy issues. Syria is no exception. Prospective senior officials are sipping from the proverbial fire hose preparing for January 20th. What do they need to know now, especially in the wake of a shaky ceasefire underwritten by Turkey and Russia?

Job 1 in the Syrian context is determining what requires the immediate attention of President Trump. Three items come to mind:

Immediate action items aside, the incoming team must organize itself for the long haul: a requirement transcending Syria. This means establishing a foreign policy management system enabling the new president and his national security advisor to get sound policy options from the departments and agencies of government, while delegating the necessary authorities to implement presidential decisions.

Those who were selected by President Obama to serve as national security advisors were acutely aware of how the ‘interagency system’ should work, with White House staff performing a coordinating function. They had, however, no Oval Office client for a system that would have been recognizable to a Brent Scowcroft, Colin Powell, or Stephen Hadley. A president with no prior experience leading a large, complex organization had no appreciation for delegation and no aversion to micromanagement.

The new team would do well to empower its incoming secretaries of defense and state and bar national security council staffers from meddling operationally in the work of professionals. The foreign policy price paid for Oval Office micromanagement has been high and gratuitous. The process of defining policy options and executing presidential decisions should reflect a business-like appreciation for the impressive skills residing in places far beyond the “hey, you” range of the president’s voice.

Getting Syria right after years of executive branch malpractice will not be easy. What has happened in Syria has not stayed in Syria. Further damage to American credibility and Western unity can be avoided by returning to good practices abandoned by current management.

The Trump administration is inheriting in Syria and elsewhere bad conditions made immeasurably worse by bad White House leadership and management practices. Solving Syria will be hard. It will be impossible absent sound business practices.

Image: Photo: Ahmed al-Abdullah, 80, walks inside a school, in rebel-held Tal-Aar village, northern Aleppo province, Syria December 28, 2016. According to Ahmed, he and his extended family of 28 people fled from the Islamic State controlled al-Bab city five months ago fearing clashes in the area. Ahmed said that they currently live in a damaged school in rebel-held Tal-Aar village, near al-Rai village in northern Aleppo province. REUTERS/Khalil Ashawi