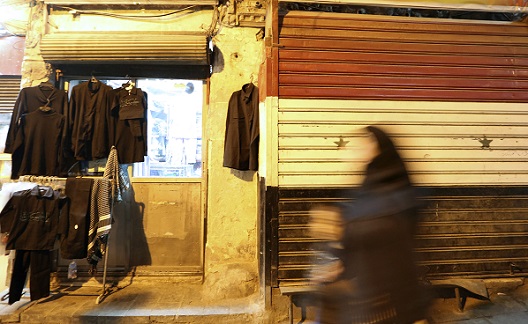 Earlier this month, the BBC reported that representatives of the Alawite community in Syria released a document of ‘identity’—in summation, a declaration of Alawism and its place and relevance in Syria. The role that sect plays and has played within the domain of Syrian and regional politics is tremendous, and is perhaps one of the major obstacles in moving forward in the Syrian conflict. The declaration is an effort to reposition the Alawite community nationally and regionally, and to distance it from Bashar al-Assad and his brutal tactics against Syrians opposing his rule.

Since the beginning of Hafez al-Assad’s rule in 1970, the Alawite community, to which the family belongs, has dominated leadership of the Syrian state. The top brass in the Syrian army, intelligence services, and security establishment were also drawn from the Alawite community. As the Syrian uprising gained momentum in 2011, Bashar al-Assad’s regime was content to fan the flames of sectarianism, changing the narrative around the revolutionary uprising (which included Alawite figures) against a tyrannical dictatorship, into one that was a sectarian war between different religious sects. In 2016, one of the fundamental fears of many in and out of Syria is that the victory of anti-Assad rebels could spell the end of the Alawite community more generally, as Sunni Syrians have at least perceived the Alawite community as uniformly lining up behind Assad’s brutality.

That sectarian dimension has played well into the broader Saudi-Iranian tug of power in the region, where Saudi Arabia has been perceived as raising a ‘Sunni alliance’ against Iran-led ‘Shi’a domination’. Teheran has been formidable in its determination to stand by Bashar al-Assad—even more so than his far stronger ally in the international arena, Russia.

During Hafez al-Assad’s time, the father of current Syrian president Bashar al-Assad, the Syrian regime tried hard to regularize the Alawite sect within more mainstream notions of Islamic thought. Hafez declared Alawite religion to be connected to Twelver Shi’ism (the majority strand of Shiism and the majority of Iran’s population). He himself drew closer to Sunnism: he empowered Sunni religious authorities who likewise recognized the legitimacy of his regime; and generally presented himself without any overt signs of being an Alawite. Bashar al-Assad’s regime intensified parts of that strategy; allowing for more visible expressions of Shi’ism in Syria in ways that had not been generally known before, particularly from non-Syrians, such as large public, and explicitly Shi’i, commemorations of Ashura. Bashar al-Assad also married a Sunni woman.

The document moves away from this formulated strategy that has defined Alawite identity and religion for more than a generation. The declaration insists that the Alawites are a “third model of and within Islam”—meaning they are Muslim, but not Shi’i and not Sunni, and hence not a proxy for Iran. There is indeed a ‘third model’ of Islam that is not Sunni or Shi’i: Ibadism, which predominates in Oman, with a few adherents in Tunisia, Libya, and East Africa (the latter coming originally from Omani influence). Whereas many Ibadi, Sunni, and Shi’i figures signed up to the Amman Message of 2005 that delineated mainstream Islam for a large number of religious authorities, no Alawite did. Historically, Sunnis, Shias, and Ibadis did not, generally speaking, see Alawism as a mainstream sect of Islam, but rather regarded it as a heterodox movement, similar to the Druze or some strands of Ismailism. This document repudiates any suggestion that Alawism is an integral part of Shi’ism or a branch of the latter, as Hafez and Bashar al-Assad had tried to portray it.

The document leaves the exact relationship between Alawism and the other sects of Islam somewhat confused. Any incorporation and recognition of Alawism in a democratic Syria depends on an honest appraisal of those historical and contemporary realities. For instance, the document recognizes Shi’ism as an “obligatory passage for those who wanted to restore or even revolutionize Muslim thought.” It also recognizes the importance of ijtihad, or independent reasoning to derive legal rulings (rather than using only legal precedents), but it attributes it only Shi’ism, even though Sunni jurists also use it.

The document further describes Alawism as “Islam’s transcendent (or transcendental) form,” which is another effort to identity Alawism as a unique but integral strand of Islam. However, Sunni and Shi’i religious authorities have long recognized spiritual approaches that deal with transcendence and immanence—what is called Sufism or the science of Irfan. The focus on spirituality was and still is core to traditional Sunnism and Shi’ism—it’s not, historically speaking, something that is associated exclusively or even primarily, to Alawism.

There is no independent confirmation of where the document originated. Presumably, it came from significant members of the Alawite community, possibly outside of Syria at present—but there is no indication of who they are, and how much attention will be paid to the declaration within Syria or among Alawites in general. It is also unclear why there is a variance in certain parts between the Arabic and the English translation, even though the latter is also apparently entirely official. Nevertheless, if it is genuine, and represents widespread or at least a significant feeling within that community, it could affect the Syrian political arena for many decades to come. If.

The timing of the document is significant, even while the writers state in their opening that they wrote the document not because of any specific events but because “for far too long, [we have been] defined with the words of others rather our own.” The Syrian regime’s power position at present is more comfortable than at other times in the past, and retribution against the authors remains a likely possibility – but the document was still released. At the same time, within the West, there is a powerful intellectual trend that deems the Syrian regime as indispensable for the survival of the Alawite community, and that the regime’s defeat would spell the extinction of Alawites as a result of widespread support for the regime among that community. This document may be aimed at convincing that trend that support for Assad even among Alawites ought not to be taken for granted.

In general, the authors refuse to be considered a minority community because minority status is a barrier to their ability to integrate with the larger Syrian community. Rather, they see a Syria where Syrian patriotism is the defining attribute of Syrian citizenship. Moreover, their emphasis on rejecting a sense of Alawite victimhood on the one hand, and disassociating themselves from the current regime of Damascus could, coupled with the religious re-association integral to the text, define the next phase of Alawite religion. But much of that depends on political realities on the ground—and Syria is nothing if not complex.

Image: Photo: A Syrian Shi'ite Muslim woman walks with a girl past a shop displaying black outfits to be worn during the 10 days of the Ashura religious ceremony in Zein al-Abdin neighborhood of Damascus, Syria, October 19, 2015. A door of a store is seen with the colours of the Syrian national flag. Picture taken October 19, 2015. REUTERS/Omar Sanadiki