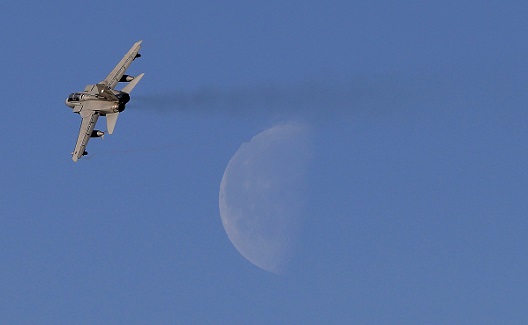 President Obama long ago articulated very clearly his anti-Islamic State (ISIL, ISIS, or Da’esh) objective: degrade and destroy it. When it became clear that the November 13 attacks in Paris had been planned in ISIL’s Syria headquarters, it was reasonable to assume that the operational emphasis would shift from degrade to destroy, that the United States would move with dispatch to create a coalition-of-the-willing—top-heavy with regional states—to mount a ground campaign in eastern Syria to close with ISIL and kill it. There has been no such move. Yet the December 1 announcement by Secretary of Defense Ashton Carter that an American “Specialized Expeditionary Targeting Force” will be established in Iraq—a force that would “be in a position to conduct unilateral operations into Syria”—keeps the door open for creating a multinational ground combat component capable of shutting down ISIL in Syria.

If the November 13 outrages had occurred in Peoria instead of Paris, one would have expected the American commander-in-chief to act immediately by inserting American ground forces into eastern Syria to confront and defeat militarily the organization and individuals responsible. Surely an attack on the homeland would have provoked such a response. It may yet. Although ISIL in Syria suffers from coalition air strikes and will soon become better acquainted with the horrific wonders of nighttime engagements with American special operators, the fact that it has time to plan and execute additional atrocities abroad should—one would think—produce a greater sense of operational urgency within the Obama administration.

President Obama, however, is in a different place. In Paris on December 1 he expressed the hope that the Vienna process—the one Secretary of State John Kerry and his Russian counterpart have “so meticulously stitched together”—will eventually halt the Assad regime and Russian bombing of “certain opposition groups,” thereby producing “a conversation about politics.” The president added, “And slowly we then are able to get everybody’s attention diverted to where it needs to be, and that is going after ISIL in a systematic way.”

The key word is “slowly.” And the key assumption setting “slowly” into slow-motion is that Bashar al-Assad, Russia, and Iran will act in accordance with the president’s unassailable, but otherwise disinterested logic. “As a practical matter, it is impossible for Mr. Assad to bring [Syria] together and to bring all the parties into an inclusive government.” Have Assad, Moscow, and Tehran discovered an interest in inclusive governance? Are we seeing a seismic shift in their military priorities away from nationalist rebels toward ISIL? Do we have with ISIL in Syria the luxury of time, even if the Vienna process slowly, slowly begins to move in the directions the president dreams of?

Also in Paris, one of Mr. Obama’s aides expanded on the “not so fast” approach to dealing with ISIL in Syria. “And in the absence of some type of [non-Assad] political settlement, there is going to be a continuing civil war. And civil war provides the type of openings that extremists prey upon. … And that is why a critical part of our effort to destroy ISIL has to be resolving the political questions inside Syria.”

Would this paralyzing logic—making a decisive military campaign against ISIL in eastern Syria utterly hostage to the cooperation of Assad, Russia, and Iran in western Syrian—prevail if Lincoln, Nebraska becomes the next target? Indeed, could this inanity prevail if the target were London, or Stockholm? We have an enemy that has boasted, for all the world to hear, of his ability to reach out and touch us at times and places of his choice. Yes, some—perhaps most—ISIL operations planned in Syria will be frustrated by excellent intelligence and law-enforcement. Yes, air strikes and special operations can make life miserable for people who truly deserve violent death. But would we continue to dream lovely thoughts about the potential salutary effects of a complex, problematical peace process in the wake of an ISIL assault on the American homeland, or that of an ally? Or would we act? And what is it, exactly, about defeating ISIL militarily in eastern Syria—killing its leaders and as many of the foot soldiers as possible—that makes a long off, someday solution to the Assad problem a prerequisite?

The new special operations initiative announced by the defense secretary keeps the door open to something sensible. The reluctance of the administration to take on something as difficult as ground force coalition-building in its dying days is understandable. But it will not repeal the basic tenets of military science. If defeating ISIL in Syria—where it is an imposed presence, not (like Iraq) the product of insurgency—is a real objective, and if time is of the essence, then a powerful ground force will be required. Secretary Carter’s announcement can signify to potential partners that American “skin” will indeed be in the ground combat game. Would it be enough? Who knows? But it is a start in the right direction if the intent is to build the requisite ground power multinational coalition.

It is not as if the president and his key advisors are unaware of the problem—that the war on ISIL in Syria lacks a decisive ground combat component. It is not that they are unaware of the effects beating ISIL in Syria would have on the fight in Iraq. It is not that they are unaware of the recruiting boost for ISIL provided by Assad regime—and now Russian—attacks on civilian residential neighborhoods. They simply show no willingness to act in accordance with their awareness. They hope that air strikes, friendly militias, and special operations can further degrade the bogus caliphate in Syria before something else really bad happens. They pray that a peace process—one “meticulously stitched together”—can induce three of the world’s worst actors to stand up for inclusive governance in Syria and actually go to war against ISIL.

But what if ISIL first visits Tallahassee? Surely all hopeful bets would then be off. And if our intelligence tells us that the possibility exists, why not act now to defeat the enemy? Surely detailed diplomatic and military plans already exist for Syria-related, anti-ISIL ground force coalition-building. Why not implement them now, while the degrading phase continues and perhaps picks up its pace. Is time not of the essence?