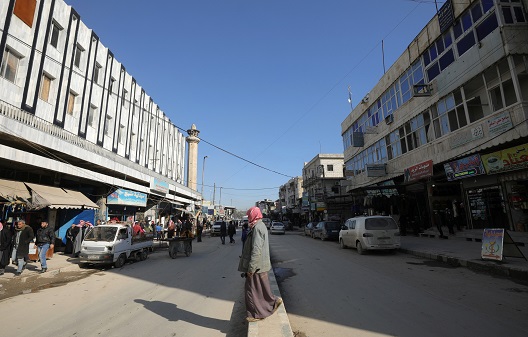 This morning reports of four Americans killed in Manbij, Syria surfaced with the Islamic State (ISIS) claiming the attack which came in the form of a suicide explosive vest next to a US patrol. The attack killed two US soldiers, a civilian from the Defense Intelligence Agency, and a US contractor. Several civilians were also caught in the attack with estimates of thirteen to sixteen casualties in addition to the deaths of two local security officers. The attack occurred in the main market near a girls’ school and restaurant as US troops met up with the local Manbij Military Council (MMC). Comments and analysis from our experts are below.

This incident raises a couple of questions. Firstly, what is ISIS thinking and planning? Presumably ISIS would benefit from the vacuum and scramble for the northeast Syria that would follow a US departure from the area. From a purely strategic standpoint, it makes little sense for them to provoke the US into a potential escalation at a time when it is planning to leave. Apparently, the group could not resist seizing the opportunity to kill US personnel and either judged it to be worthwhile or did not care about the risk. If that is the case, then we can expect them to continue targeting US interests when and where possible even if the US leaves Syria.

The bigger question of course is how this impacts US policy in Syria, and specifically on the decision to withdraw US troops on the grounds that the US has defeated ISIS per the president. I know better than to make predictions about how the president will process all this. He could actually use it to demonstrate the futility of staying in Syria, and double down on his intention to withdraw. Alternatively, he could actually change his mind and conclude the job isn’t finished yet. Or he could pass on this responsibility (and Manbij) to Turkey. I do know that those who want the US to remain in Syria will use this incident to argue that the job is not done, but it’s difficult to tell who would win that argument.

Faysal Itani is a senior resident fellow with the Atlantic Council’s Rafik Hariri Center for the Middle East.

The deadly attack on American military personnel in the Syrian city of Manbij drives home the point that the battle against ISIS (ISIL, Islamic State, Daesh) is not yet won. ISIS—along with the Assad regime, Iran, and Russia—want US President Donald Trump to make good on his tweeted video declaration on December 19, 2018 that American troops will be withdrawn from Syria. The apparent suicide bombing may be aimed at encouraging Mr. Trump to push back on aides advising him to extend the withdrawal process so that the military defeat of ISIS in Syria can be accomplished.

The ISIS claim of responsibility may be genuine or not. Both the Assad regime and Iran share with the dying “caliphate” a strong desire to see American forces gone quickly. Iranian-commanded militiamen (many of whom are Shia foreign fighters) and the remnants of Assad’s army are eager to cross the Euphrates River and take control of areas liberated from ISIS by American airpower and a Kurdish-led Syrian militia (the Syrian Democratic Forces). ISIS sees the Assad-Iran combination as a potential new lease on life. Given the longstanding live-and-let-live relationship between ISIS and the Assad regime, the possibility of the deadly operation being false-flag in nature—either directed by the regime or supported by it—cannot be ruled out.

Regardless of who did it, the deaths of American service people on Syrian soil has political salience in the United States. Citizens and their representatives in Congress will rightly ask questions about the mission in Syrian and the accompanying strategy. The apparent disconnect between President Trump and the American national security apparatus on Syria policy does not bode well for clear and convincing answers. Meanwhile, enemies of the American presence in Syria will do their deadly best to encourage President Trump to trust his instincts.

Ambassador Frederic C. Hof is Bard College’s Diplomat in Residence and a nonresident senior fellow of the Hariri Center.