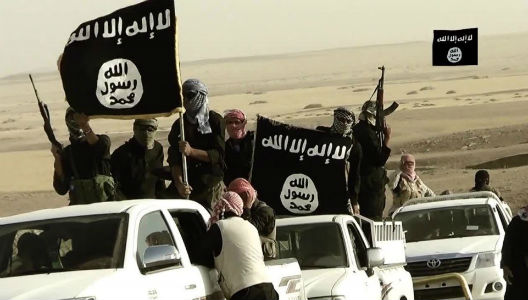 People from the countries of the Caucasus, a region situated between Europe and Asia that broke politically from the Soviet Union in the late twentieth century, are an important resource for the Islamic State (ISIS).

According to international security officials quoted in newspapers and news sites, the group responsible for the latest bombings of the Ataturk Airport in Istanbul is loyal to ISIS and had members who are originally from the former Soviet states of Chechnya and Georgia. Turkish media reported that the mastermind behind the attacks was a Chechan man named Ahmed Chatayev.

Fighters from former Soviet Union countries have risen to several positions in ISIS. Most notable among them is Tarkhan Batirashvili, known as Omar al-Shishani (Omar the Chechan), who was killed a few months ago in an international coalition airstrike in the rural area of al-Shaddadi in the Hasaka province.

Al-Shishani had been training groups of ISIS fighters, including those tasked with carrying out suicide operations on fronts in Syria, neighboring countries in the region, and even the United States. Investigations revealed that the two young men responsible for the Boston Marathon bombing in 2013 were of Chechen origin and had attended a mosque known for its close connections with people who used to belong to terrorist organizations, including ISIS and al-Qaeda.

An estimated 2,800 fighters from countries of the former Soviet Union have joined ISIS. In other words, people from these countries make up approximately 28% of foreign members of ISIS. The group’s magazine Dabiq is published in several languages, including Chechen and Russian, in order to target members from that region of the world, and many programs on its radio station al-Bayan also broadcast in Chechen and Russian. This points to the importance of countries of the former Soviet Union and people who speak their languages as a crucial support base for ISIS militarily. It is not difficult to attract people from these countries to Syria, because their war in the Middle East is a continuation of their war against Russia.

According to a statement made by a Chechen minister, the Chechen government has recruited a number of Russian and Chechan fighters within ISIS and used them to spy on the organization. ISIS executed a man named Mohammed Khassev, who was accused of spying for Russian intelligence, although Ramzan Kadyrov, Head of the Chechen Republic, denied this.

Jihadists from the Caucasus joining the battlefield in Syria was a crucial turning point for ISIS’ activities. Most of these fighters come from Muslim republics under Russian control, including Chechnya, Dagestan, Ingushetia, and Kabardino-Balkaria, as well as from Central Asian republics like Azerbaijan, Kyrgyzstan, Uzbekistan, and Tajikistan.

A number of characteristics distinguish these fighters from other combatants in ISIS. They often arrive with combat experience from successive wars against the Russian army. Some leaders from the Caucasus have experience from their military service in the Russian military or Caucasus militaries, such as Gulmurod Khalimov, who had served in the special forces in Tajikistan.

They are also known for excessive brutality. Under al-Shishani’s leadership, several of them carried out executions in the rural village of al-Shaitat in Deir Ezzor province. They are known for their propensity for leadership as well: Abu Omar al-Shishani led ISIS military operations in Syria before he was killed, Muslim Emir Abu al-Walid was the leader of Jund al-Sham, Seifallah al-Shishani leads the Mujahideen of the Caucasus and the Levant, Salaheddin al-Shishani leads the Jaish al-Muhajireen wa al-Ansar, and Ahmed Shatayef leads the Yarmouk Brigade in Syria.

Combatants from the Caucasus rely on their military experience and rise to leadership positions in the field, and they have been allowed to form blocs of power and influence. There are four such blocs within ISIS, which include mostly Russian-speaking members.

It is likely that the states from which these fighters are coming will increasingly crack down the groups with ties to ISIS. However, these groups are likely to respond in kind: with an upsurge in the violence and brutality of their operations, as they try to imitate the ISIS approach: creating a terrifying image of their organization in order to achieve a decisive victory in the psychological war against their opponents.