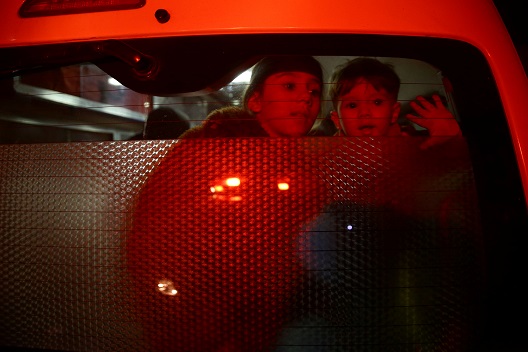 Is there any hope at all that a New Year’s wish for Syrian peace and quiet will be fulfilled? Yes, there is always hope. But if there is anything to be learned from the sad spectacle of Western (mainly American) Syria policy over the past nearly seven years, it is that hope—accompanied only by lofty rhetoric and plaintive protest—is the emptiest and most useless of sentiments. Absent real commitment to protect Syrian civilians, 2018 and the years that follow will be marked by the emptying of a country where hope is as homeless as millions of Syrian men, women, and children.

Some observers see hope in signs of Iranian popular disgust with the clerical kleptocrats running the country. No doubt many Iranians think that the propping up of Syria’s Assad regime will lead to a lifetime of unrequited expense: an observation whose accuracy is manifest. Even if the Assad regime were to be thrown financial lifelines by European governments fearful of migratory blackmail, there is simply no way the clan and its entourage can exercise and maintain country-wide power without Shia militias organized, financed, and led by Iran.

Might ongoing instability in Iran persuade the Supreme Leader to cut losses in Syria? Probably not. If he decides to toss a bone to Iran’s public, it is not likely to be Syria. The jewel-in-the-crown of Iranian regional policy under current management is Lebanon’s Hezbollah, for which Syria is vital.

Hezbollah’s reliance on Syria for strategic depth and for a logistical link to its Iranian home base will not decrease as the extent of the organization’s drug dealing and money-laundering becomes a matter of detailed public knowledge in Lebanon and beyond. Hezbollah is at the heart of Iran’s “Islamic Revolution” the name given to a clerical kleptocracy supported by a violent and wealthy “Revolutionary Guard Corps;” a larcenous system enjoying a veneer of international respectability in the form of a “moderate” government. Although one may hope for change, those often described as the Islamic Republic’s “moderates,” “pragmatists,“ and even “reformers” have never downplayed the importance of Hezbollah to the health and well-being of the operation for which they front.

Other observers profess to see hope in the prospect of Russia nudging Assad toward the exits. Although one may pray that a President Vladimir Putin reelected by his countrymen in March 2018 will turn a page in Syria and oblige Assad to share power to spur political transition, there is scant evidence that he has either the power or the will to compel any such thing.

The regime itself evaluates power-sharing in a manner identical to any criminal enterprise: as a death warrant. Although Russian airpower has been important in stabilizing the regime militarily, it is Iran that is the key to Assad’s political survival. And if the malfeasance, corruption, and violence of the ruling entourage drives millions more Syrians in the direction of Turkey and Western Europe, so much the better from the Kremlin’s point of view. Indeed, the very prospect of mass migration will fuel Russian attempts to blackmail Europe into offering tribute to its Syrian client.

For nearly seven years the West has, as a practical matter, downplayed the threat posed to it by the Assad regime’s rape of Syria. To say that Russia, Iran, and the regime itself have placed an infinitely higher value on perpetuating the clan than the West has on limiting its violent depredations is to test the limits of understatement.

Some who tried from the inside to shape the Obama administration’s response to Assad regime atrocities at the beginning of the crime wave had no idea that the American president would forgo protecting Syrian civilians out of fear of alienating an Iran being courted for a nuclear agreement. Recent reports that the administration obliged the Treasury Department to ease up on Hezbollah sanctions due to the same fear are sadly unsurprising. Leave aside the pros and cons of the JCPOA. Did it occur to no one at the top of the Obama administration that Tehran would seek a nuclear agreement on its own merits, one consistent with its own interests? Why were Syrians, Europeans, and even Americans (targets of Hezbollah drug trafficking) put at risk in this manner?

If hope is to have any realistic role to play in Syria in 2018, the West at long last will have to see the Assad regime as the security threat it has always been. No, this is not a call for violent regime change. The starting point for Western self-defense in Syria is civilian protection. The Obama administration threw it away quite gratuitously to appease Iran. A West serious about defending itself will, at the very least, get serious about determining ways and means to frustrate, complicate, punish, and block the collective punishment actions of a Syrian regime for which no crime is so vile as to be avoided.

To hope that Bashar al-Assad, Vladimir Putin, and Ali Khamenei will, in 2018, respect the lives of Syrians and shield the West from the consequences of mass homicide is more than an empty gesture; it is an active enabler. One hopes instead that the West will rediscover the merits of an active defense against those who have threatened its security through mass murder in Syria.