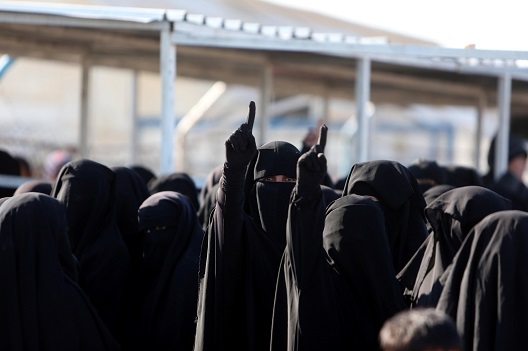 US President Donald Trump’s December 2018 tweet announcing the withdrawal of American military forces from Syria has inadvertently invited ISIS (ISIL, IS, Daesh, Islamic State) to resurrect itself. Even though American officials have walked-back the presidential decree, the president himself has signaled no enduring or enthusiastic support for the essential, victory-sealing stabilization of areas liberated from ISIS.

As American diplomats seek allies and partners for what would be a long struggle to keep ISIS dead, they are crippled by the widespread perception that Donald Trump lacks commitment to the task; that, left to his own devices, he would abandon eastern Syria to ISIS, to the Syrian regime of Bashar al-Assad, and to Iranian-led militias supporting Assad. Only Mr. Trump can signal commitment and purpose; only he can prevent victory from coming undone.

Since late 2014 the United States—with coalition partners and a largely Syrian Kurdish ground force—has fought a self-proclaimed Islamist ‘caliphate;’ an extremist obscenity that overran much of Iraq and terrorized Syrians and Europeans from its base in eastern Syria. Combat operations recently ended the ‘physical’ caliphate. But thousands of ISIS terrorists remain at large, hoping and preparing to wage insurgent warfare.

The American goal in Syria is to ensure the enduring defeat of ISIS. Prerequisites for killing ISIS and keeping it dead are two related objectives: removing from Syria Iranian-commanded militias; and initiating Syrian peace talks to pacify the country and pave the way for decent, inclusive, and legitimate governance to neutralize the appeal of extremists.

Keeping the ‘caliphate’ dead after a nearly five-year military campaign requires not only stabilizing liberated areas, but also keeping Iranians and Assad out. Both have histories of collaboration with Islamist extremists. And the Assad regime has a long record of supporting ISIS’s ancestor (Al Qaeda in Iraq) and maintaining a largely live-and-let-live relationship with ISIS itself.

Stabilization includes humanitarian aid for liberated Syrians, clearing land mines and severely damaged structures, restoring basic services (such as potable water), and establishing inclusive and representative local governance to provide services and maintain order. Failure to seal the victory through stability operations is an open invitation to extremists and terrorists to reestablish their ‘caliphate’ at their convenience.

Stability operations are civilian led and military supported. But the December tweet set in motion the reduction of an already bare-bones American military presence in eastern Syria, thereby reducing the ability of uniformed Americans to support and help protect civilian experts. This unilateral retreat has not been reversed. Administration assurances that it remains committed to the enduring defeat of ISIS are, therefore, operationally hollow.

Stabilizing eastern Syria would take time and money. It is a big job, one that need not fall mainly on the backs of American taxpayers. But American leadership is essential. No other country will place the lives of its citizens at risk if America is AWOL. So: how to convince allies and partners to share the risks and help shoulder the burdens (a) as the United States reduces its own presence, and (b) no one knows if another tweet will liquidate American involvement altogether? No one will want to be on the ground in Syria if such a missive is launched.

Only President Trump can prevent the death of stabilization in liberated eastern Syria; only the American commander-in-chief can direct that the anti-ISIS combat operations over which he (and his predecessor) presided not go to waste; only he can give American officials the credibility they need to secure the help of allies and partners.

He can start by addressing Americans publicly; by telling citizens and their representatives in Congress why the enduring defeat of ISIS in Syria is important; why it requires sustained effort and sacrifice. He also can do it privately with the leaders of countries whose help we seek. Only by committing himself irrevocably, both publicly and privately, can Mr. Trump convince others that the United States is indeed committed to the enduring defeat of ISIS, and they should help.

Indeed, he owes to American women and men in uniform the assurance that they are not now risking life and limb in Syria for something their leader does not believe in. It is his obligation to seal a hard-won victory over ISIS; to tailor military forces to the tasks at hand. It is his duty to explain to those doing the work why it is important; why as their commander-in-chief he orders, honors, and respects their service in Syria. His commitment and sense of purpose—currently absent—are vital.

Ambassador Frederic C. Hof is Diplomat-in-Residence at Bard College and a Distinguished Senior Fellow with the Rafik Hariri Center for the Middle East.