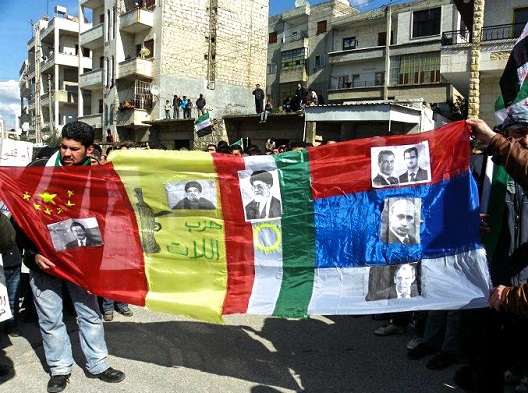 Whether or not Iran will accept an invitation to Syria-related discussions in Vienna this Friday with the United States, Russia, and others remains unknown, at least to the Department of State spokesman. Clearly Iran is a “stakeholder” in the Syrian conflict and a party vitally interested in that conflict’s outcome. Given its deep and abiding interest in the political survival of Bashar al-Assad, expectations of Iranian cooperation in a stabilizing political transition should be minimal. If it wishes, however, Tehran can be of some service to the people of Syria without abandoning that which it defines as a paramount national security interest in Assad’s preservation.

Iran needs Bashar al-Assad—Assad personally—to preserve its hold on a part of Syria it deems essential for its support of Hezbollah in Lebanon. Hezbollah is vital for Iran: its death grip on Lebanese politics and the strategic rocket and missile threat it poses to Israel extend Iran’s Levantine influence beyond Syria all the way to the Mediterranean Sea. Over the years Bashar al-Assad—in marked contrast with his father—subordinated himself entirely to Iran on the subject of Hezbollah. Tehran knows that the Syrian constituency for satellite status vis-a-vis Iran is tiny. And it fears that if Bashar goes the balance of the regime—the clan and its key employees—will disappear.

No one should expect, therefore, that Iran will be inclined to bargain away the political survival of a person it deems vital to its own foreign policy interests. For Tehran this is all about business. Bashar al-Assad is not necessarily liked or respected in Iran. The same holds true in Moscow, where Assad’s continuation in the presidential palace is viewed as a symbol of Russian influence and Western (especially US) impotence. Just as Moscow would happily promise to ditch Assad once Washington agrees to a formula whereby Assad would lead a united front against the Islamic State (ISIS, ISIL, or Da’esh) for a respectable (and potentially indefinite) interim period, so Tehran would agree to drop him if it saw no further need of Hezbollah beyond it being a friendly Lebanese political party.

By the same token Washington is in no position to bless an arrangement that would extend and even legitimize an Iranian-supported murder incorporated in Lebanon, to say nothing of a strategic threat to Israel. These are not the kinds of issues susceptible to good faith compromise. In the fullness of time an Iranian-Israeli detente could change conditions fundamentally, perhaps even giving Lebanese patriots a chance to wrest control of Hezbollah from people considering their highest loyalty to be to Iran’s “Islamic Revolution.” But developments of this nature are hardly on the horizon.

It is difficult, therefore, to see Iran endorsing the June 2012 Geneva Final Communique or any similar blueprint for Syrian political transition from authoritarian rule by clan to a pluralistic system embodying consent of the governed. In Syria consent for the country to be used as a supply and training base for Hezbollah is limited to Assad-Makhluf family and its enablers. Popular consent in Syria is the last thing Tehran wishes to facilitate.

What Iran might be willing to consider, however, is—with the support of Moscow—obliging its client to suspend indefinitely the worst aspects of his mass homicide political survival strategy. Assad will not conduct mass casualty events—barrel bombing, artillery barrages, aircraft strafing, or Scud missile assaults on apartment blocks—if Iran and Russia instruct him not to do so. If so ordered, Assad will direct the lifting of sieges and the unrestricted passage of United Nations humanitarian assistance convoys to people desperately in need of food and medical treatment.

The key question here is whether Tehran and Moscow will persist in believing that mass terror is essential to their client’s political survival. For some four years they have believed so. To the extent that the Supreme Leader and Russian President Vladimir Putin have had reputations worth preserving, they have jeopardized them by facilitating the ability of the Assad regime to conduct war crimes and crimes against humanity with absolute impunity. As they evaluate the Syrian situation now, in October 2015, do they still believe that Assad’s political survival must rest on mass homicide?

This is the question that could conceivably produce a new answer from Tehran. Speaking privately in track two settings, senior non-governmental Iranians have expressed regret over and disgust with Assad regime behavior toward defenseless civilians. Can Tehran reconcile the protection of civilians in Syria with its own national security interests? This—rather than some manner of political grand bargain over Syria—would be worth a serious discussion in Vienna.