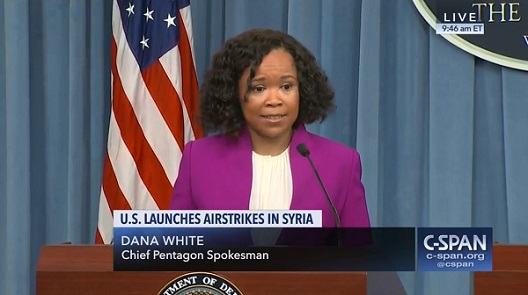 Assad’s future is looking brighter these days. He has regained control over much of Syria and is amassing loyalist forces in the north in preparation for the Idlib offensive, the last opposition Syrian stronghold. The regime has also met with the Syrian Democratic Council, a Kurdish dominated organization backed by the United States, and discussing the possibility for Kurdish self-administration and the integration of the Syrian Democratic Forces (SDF) into the Syrian army.Few would have imagined this in September 2015, when the Assad regime’s control of Syria was faltering despite the military support of Iran and the deployment of thousands of foreign Shiite fighters there. The government’s hold over its territory eroded due to the advance of rebel groups ranging from Syrian army defectors and civilian activists to Islamists and jihadists; some which were backed by Western and Arab countries.

Militarily, Assad’s future started to change on September 30, 2015, when the Russian military intervention started. But Russia’s efforts to support Assad started as soon as popular protests against the Assad regime began in 2011, and the regime’s political success in the international arena can be in part attributed to Moscow’s adoption of what in Russian is called aktivniye meropriyatiya, or active measures. The term has been used since 2016 to refer to Russia’s efforts to undermine the US political process, but it applies just as well to Russia’s efforts to support Assad. Active measures are a set of tactics, refined during the Cold War, but adapted to the realities and technology of the 21st century; that aim to undermine the enemy through politics instead of just brute force. In the case of Syria, this was done by propagating a counter narrative on Syria and undermining the international political process while using military forces to slowly alter the reality on the ground.

Russian active measures first focused on creating an alternate narrative about the Syrian revolution to influence Western policies toward Damascus and sow confusion in Western societies. In 2015, the US State Department estimated that Moscow spent over $1.4 billion per year on propaganda in addition to funding think tanks to promote its narrative and general diplomatic efforts. President Vladimir Putin has repeatedly referred to the war in Syria as a war on terrorism, warning in 2017 that  other terrorism hotbeds beyond Syria could emerge in the future. In early 2018, amid a global outcry over a Syrian government offensive that killed hundreds of people in Eastern Ghouta in southern Syria, Russian Foreign Minister Sergei Lavrov reiterated in an address to the UN Human Rights Council in Geneva that Moscow will continue to help Assad’s government to defeat what he called the “terrorist threat.” The Russian-Syrian regime narrative has denied the reality of reports by other news organizations and documentation groups. By ignoring and denying the massive human toll of over 500,000 people killed, most by the Syrian regime, and another 100,000 forcibly disappeared, Russia and Syria constantly refer to the regime’s enemies as terrorists negating the humanity of the deceased in efforts to reinforce its counter narrative in Syria.

Another building block of Russian information warfare centers around the refugee crisis triggered by the conflict. In Syria, both the Russian Air Force and Assad regime have adopted tactics to displace people in opposition areas both to weaken any areas of possible opposition and to create an international refugee crisis that undermines other—mainly neighboring and European—countries. Displacement resulted in 5.6 million Syrian refugees and estimates of 6.7 million internally displaced. Russian media has focused its campaign on the threat presented by Syrian refugees to Europe, and Moscow is accused of spreading false stories on the effects on migration such as the fabricated rape of Russian nationals by gangs of refugees in Germany and the Cologne New Year’s Eve sex attacks reports, the latter which Russia’s Foreign Minister, Sergei Lavrov, struck back at the German government with accusations of a cover up to sow further confusion.

Russian state sponsored media, namely the RT television outlets and Sputnik News wire services, tend to create a continuous chatter of Kremlin narratives aiming at enlisting allies amongst foreign audiences worldwide. Besides official Russian outlets, its Internet Research Agency relies on a savvy blend of state sponsored propaganda and continuous social media engagement targeting specific population groups. This process works via fake accounts and social bots that spread Moscow’s propaganda to advance Russian political interests. One example is the trolling campaign that followed the April 13, 2018 US-led strikes against Syrian regime targets associated with the use of the chemical weapons attack on Douma. On April 14, Pentagon Chief Spokeswoman Dana W. White told journalists that there had been “a 2,000 percent increase in Russian trolls in the last 24 hours.” While experts discounted the number as an exaggeration, they identified a number of accounts as trolls and noticed a crossover between Iranian and Russian content.

The expansive use of social media allowed Russia to weaponize its disinformation strategy, given the little fact checking and the viral diffusion of striking news on social media accounts. A report published by Rand noted that the Kremlin attempted to achieve policy paralysis by sowing confusion, stoking fears, and eroding trust in Western and democratic institutions. To conduct these campaigns, Russia employs a synchronized mix of media that varies from attributed TV and news website content to far-right blogs and websites (with unclear attribution), as well as unattributed social media accounts in the form of bots and trolls.

In late August, Facebook announced it had deleted Iranian and Russian accounts, which had been leading disinformation campaigns against the United States. But these efforts come late in the game for Syria. Even without social media accounts, Russian funded media, such as RT and Sputnik, continually criticize the United States and accuse it of supporting terrorists in Syria. As the Assad regime prepares for an offensive on Idlib, Western politicians and pundits are talking about the need to work with the Syrian regime, many of them banking on Russia being willing to pressure Assad and rein in Iran, all the while forgetting that Russia has done everything it can to protect the Assad regime politically and militarily and prevented the international community from taking action.

Seven years into the war, Moscow’s military intervention has reversed the tide for Assad and made Russia the main power broker in Syria. Simultaneously, its active measures and international politicking strategies perverted the international mechanisms meant to prevent the kind of disasters that have become Syria; which the international community allows and at times facilitates the ongoing conflict. With the diffusion of social media, the increasing role of artificial intelligence, Russian disinformation measures and fake news can only escalate in the future. Western policymakers need to tackle the problem by focusing on creating counter measures to disrupt the use of new artificial intelligence, defused social networks, and decentralized computing.

Mona Alami is a nonresident fellow at the Atlantic Council’s Rafik Hariri Center for the Middle East. Follow her on Twitter: @monaalami

Image: Photo: Pentagon Spokesperson Dana White and Lieutenant General Kenneth McKenzie briefed reporters on the airstrikes in Syria on April 14, 2018. The previous evening, President Trump and European allies launched missile strikes on chemical weapons facilities in Syria. The attacks were in retaliation to Syrian leader Bashar al-Assad’s alleged use of chemical weapons against his people in the city of Douma, which left dozens dead, many of them women and children. Dana White stated, "there has been a 2000% increase in Russian trolls in the last 24 hours." C-SPAN