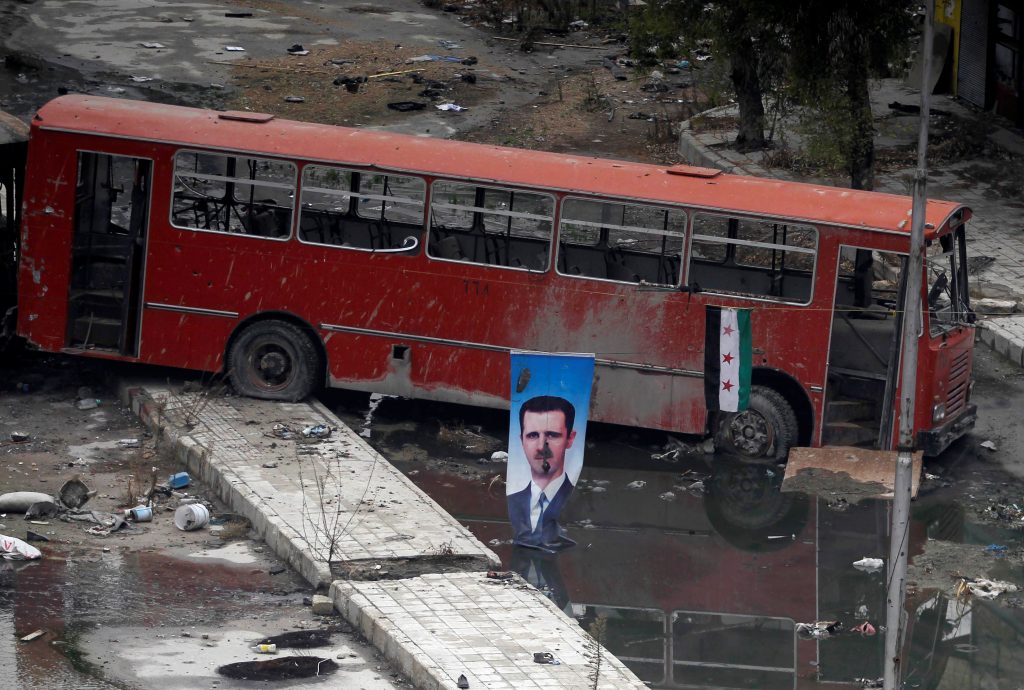 For seven years a chilly, arms-length relationship between the US government and the Syrian opposition has worked to the profound disadvantage of both. Washington has often deprived itself of timely information and informed advice at key junctures of the Syrian crisis, leaving it vulnerable to policy reversals and even disasters. And blindness has been contagious. The opposition—both inside and outside Syria—has typically been clueless about American intentions, as it has struggled with internal indecision, dissension, and disunity fed by the conflicting priorities of regional actors seeking to control the Revolution in the absence of American leadership.

The impending military defeat of the “Islamic State” (ISIS) makes this dysfunctional, mutually disadvantageous relationship unaffordable to both sides. Washington is faced with the responsibility of securing and stabilizing Syrian territory liberated from ISIS after more than three years of sustained military operations. It can place stabilization in the service of creating an attractive Syrian alternative to a pro-Iran, pro-Russia regime it would like to see expire. The external Syrian opposition has a choice: support inside Syria a stabilization effort that can produce the long-awaited alternative to criminal rule by a rapacious family, or continue to shed relevance and legitimacy outside Syria in places of Babylonian captivity like Istanbul and Doha.

As it develops a post-combat stabilization plan for Syria east of the Euphrates, the central US objective is to set conditions preventing the resurrection of ISIS or its replacement by other forms of Islamist extremism, including the Iranian variety. Washington will want to pursue this complex and difficult task with allies and partners sharing the burden. Given that the aim of any post-combat stabilization effort is to establish competent, legitimate, protected, and sustained indigenous administration, the Syrian opposition has the potential to become a critically important partner of the US.

The first challenge facing Washington (in addition to keeping Iranians, Russians, and regime elements out) is that its partner force in ground combat in the battle against ISIS—the Syrian Democratic Forces (SDF)—is Kurdish-dominated, in the form of an organization (the YPG) antithetical to a key NATO ally (Turkey). Moreover, the prospect of Kurdish rule (direct or veiled) in predominantly Arab areas is antithetical to stabilization best practices.

For Washington to attract the support of the external Syrian opposition as well as internal Syrian Arabs, it must first arrange for Kurdish elements to recede politically and militarily from predominantly Arab areas. Ideally, this would be accomplished through an arrangement embracing Turkey and the YPG and involving the deployment of military and police forces from regional powers and NATO members (under US leadership) to replace the SDF and provide interim internal and external security.

Furthermore, the US must make it clear to all that the stabilization of eastern Syria is in no way connected to separatism, partition, or anything undermining the territorial integrity and unity of Syria. Yet sealing the victory over extremism and terror in eastern Syria will require the indefinite exclusion from liberated areas of all proponents of extremism and terror, including an illegitimate regime practicing mass homicide and its violent, extremist, and sectarian ally: Iran.

Legitimate indigenous local governance in Syria east of the Euphrates River must be a ground-up exercise. Empowered, protected local governance featuring the consent of the governed is the key to stabilization and the permanent defeat of extremism. If the external Syrian opposition wishes to gain relevance and legitimacy, it must become internal. And if it is to be welcomed to Syria by Syrians who have suffered grievously from the live-and-let-live relationship of Assad and Baghdadi, it will have to bring to the table something other than an appetite for giving orders.

Not everyone in the external opposition will wish to deploy to Raqqa to participate in the building of a Free Syria from within. In the Syrian National Coalition (SNC), wheat will be separated from chaff if the opportunity is offered. Yet even those who seize it must do so in the spirit of service, working to assist local councils with whatever skills they can bring to bear: perhaps in helping them coordinate with external donors providing humanitarian and reconstruction assistance; perhaps in providing the services of a foreign ministry.

Ideally, local councils in liberated areas (Arab and Kurdish) can be linked together administratively in a way that can maximize the governing talents of opposition figures like Prime Minister Riyad al-Hijab, who is a native of the region. Indeed, a model “Transitional Governing Body,” one including local Syrian government civil servants, could be built. Perhaps the SNC-linked Syrian Interim Government (currently operating in north central Syria) can assist local councils in providing educational and health services. Perhaps there are Free Syrian Army elements known to the US who can assist with security functions and help build an indigenous security force. Funding will be critical: some may be in the form of stabilization budgetary assistance. The management of petroleum resources will have to be studied carefully.

The purpose of stabilization is to seal military victory and build a strong bridge to self-rule. Bottom-up self-rule in eastern Syria would be the antithesis of Assad regime top-down state terror. The external Syrian opposition—containing, as it does, talented, well-educated people—can be a real asset. If it performs in the spirit of teamwork and service, it can help build a governance structure serving all Syrians in the liberated area, one that the US and its allies/partners could ultimately recognize as the Syrian government. The continued recognition of a practitioner of state terror and mass homicide as the President of the Syrian Arab Republic is a disgrace.

The external Syrian opposition may, in short, have an opportunity to become an internal force for service and stabilization. For the SNC this could be a chance to develop an independent Syrian voice—one not subject to foreign influence and dictation—and to earn the “legitimate representative of the Syrian people” title bestowed on it in Marrakech in December 2012. It could be a unique opportunity to build a Syrian-administered safe zone on a significant piece of territory, one containing important agricultural and energy assets.

The US may have an opportunity to tap into a largely unexploited reservoir of Syrian talent, insight, and experience as it attempts to stabilize liberated territories properly and skillfully. But it must first square the circle of setting the stage for non-Kurdish governance of non-Kurdish areas without abandoning partners who carried the burden of ground warfare against ISIS for over three years.

One or both sides may fail to seize the opportunity to build an attractive alternative to Assad. The US may opt to drop the burden of stabilization altogether, running the risk of having worked for over three years only to prepare the ground for the resurrection of ISIS or occupation by Iran and Assad. The SNC and others may recoil from deployment to Raqqa, preferring instead the comfort and relative safety of foreign capitals. Indeed, there can be no guarantees of physical safety. Iran, Russia, and the regime are terrified by the prospect of an emerging, attractive alternative to Assad. They will oppose it with their customary tools of terror. Assad is even threatening now to take eastern Syria by force: an empty threat for sure, but one that reflects his horror at the prospect of a governance alternative arising there.

The opportunity to make something geopolitically significant of a successfully stabilized eastern Syria is real. Iran, Russia, and the regime all see the threat, and it concerns them deeply. An America willing to do its post-combat duty will need partners: regional, European, and others. Among the most useful partners would be members of the external Syrian opposition willing to help build, on the ashes of ISIS, an attractive alternative to Assad for all Syrians to see.

Seven years of a failed relationship producing blindness and error need not lead to seven more. The defeat of ISIS offers a potential opportunity for two parties to short-circuit this bilateral dysfunction and to build something worthwhile in partnership. It is an opportunity that neither side should miss.

Frederic C. Hof is a nonresident senior fellow at the Rafik Hariri Center for the Middle East.