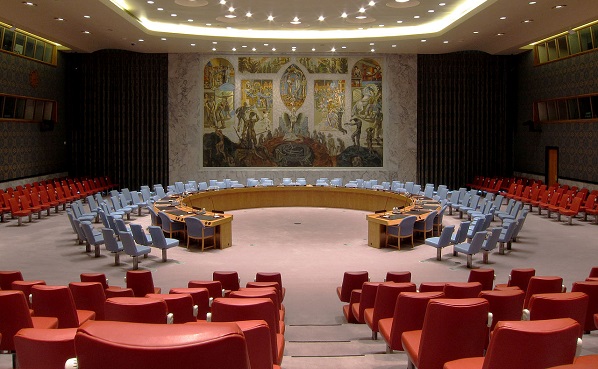 The United Nations Security Council authorized a statement by the Council’s president on August 17 endorsing a new search process for a negotiated political settlement in Syria. “Syrian parties” would be invited to attend “more focused consultations and discussions” in “four thematic working groups.” The letter asked the Secretary-General “to report back to the Security Council on the results of the next phase of consultations within 90 days.” So: for at least ninety more days the leaders of the so-called international community will be able to immunize themselves from demands that they take protective actions to prevent Syrians from being slaughtered. If past proves to be prologue, they will instead counsel patience, claiming it would be wrong and even reckless to act with such a promising diplomatic process underway.

There is nothing in principle wrong with the pathway to political transition suggested by United Nations Special Envoy Steffan de Mistura and endorsed by the Security Council presidential letter. If he is able to bring regime officials and opposition figures together for productive discussions on (1) “safety and protection for all,” (2) “political and legal issues,” (3) “military, security and counterterrorism issues” and (4) “continuity of public services and development,” more power to him. Efforts by de Mistura’s predecessor to promote all-Syrian discussions were torpedoed by the Assad regime’s undisguised contempt for the exercise. Will Russia this time compel the regime to engage seriously? How could it, even if it wanted to? Iran calls the shots in what is left of Bashar al-Assad’s Syria.

To its credit the letter upholds the June 2012 Geneva Final Communique as the framework for Syrian political transition, keeping in place the “mutual consent” clause that would enable the Syrian opposition to deny a place to Assad and any of his confederates in a transitional governing body exercising full executive power. In this respect, it did no harm.

Yet for all the happy talk about P5 unanimity over Syria, the wording of the text provides an obvious clue about real intentions. Quite properly, the letter decries the criminal depredations of the Islamic State (ISIL or ISIS) and the Nusra Front. Both of these terrorist entities are cited by name. Yet in expressing “its demand as set forth in resolution 2139” that barrel bombing, arbitrary detention, torture, kidnappings, abductions, and forced disappearances stop forthwith, the best the Council could do to assign culpability was to say that “the primary responsibility to protect its population lies with the Syrian authorities.”

One may assume that Western diplomats sought wording that would have reflected the actual state of affairs: a remorseless Assad regime policy of collective punishment featuring mass homicide. One may further assume that Russia blocked any direct reference to Assad regime criminality. Given that the letter would have been stillborn without Russian consent, adopting language that “Syrian authorities” could laugh off may have been unavoidable. These “authorities,” incidentally, accused de Mistura of lacking neutrality when he condemned their mass murder at Douma. Perhaps they cited the letter’s neutral language.

But what does this diplomatic parlor trick say about Russian intentions going forward? Clearly, it says that Moscow will continue to deny—as it did two years ago today when its Syrian client murdered 1,400 in a chemical attack—that Assad is guilty of anything. This denial has practical value beyond trying to hide Russia’s own crucial facilitation of mass murder in Syria: it preserves the Russian position that Assad would be a suitable transitional leader and even a splendid ally in the war against ISIL.

Giving Steffan de Mistura a written endorsement for a proposed procedural way forward is defensible and even desirable. Yet, what chance does he have to orchestrate productive “working group” meetings if the Assad regime’s program of collective punishment continues unabated? The presidential letter made no effort to revive anything close to former Special Envoy Kofi Annan’s six-point deescalation proposal. Annan understood that diplomacy and compromise were non-starters in an environment where atrocities are ubiquitous.

For de Mistura to have a chance, sand must be thrown into the gears of the Assad mass murder machine. It may well be that the increased frequency of anti-ISIL coalition flights in north central Syria will impede the ability of the regime to drop barrel bombs on Aleppo and other populated areas. But as long as Iran is all-in supporting Assad regime mass murder, the Obama administration will be disinclined overtly to protect Syrian civilians from anyone but ISIL. Instead it will cite its “support” of the de Mistura initiative, “condemn in the strongest possible terms” the atrocities of the Assad regime, and proclaim that Assad has “lost all legitimacy.” Substitute the names Annan and Brahimi for de Mistura and the script is the same from 2012 to the present.

In February 2014, the Security Council passed Resolution 2139. Among other things, it condemned “the widespread violations of human rights and international humanitarian law by the Syrian authorities.” The current letter could not even repeat those words. Resolution 2139 demanded, among other things, respect for medical neutrality, free passage for medical personnel, and the protection of civilians. It requested that Secretary-General Ban Ki Moon report monthly to the Security Council on the implementation of these demands. Seventeen times he has reported. Seventeen times he has cited substantial, near-total non-compliance.

What then will the Secretary-General report ninety days from now? Resolution 2139 referred to 100,000 dead Syrians and 2.4 million refugees. Eighteen months later those numbers are 250,000 and four million. Resolutions and letters are useless absent action to protect civilians. The “international community” is a mirage when a facilitator of mass murder sits on the Security Council. Steffan de Mistura’s efforts are doomed unless someone—Iran or the West—takes action now to stop the Assad regime from doing its worst.