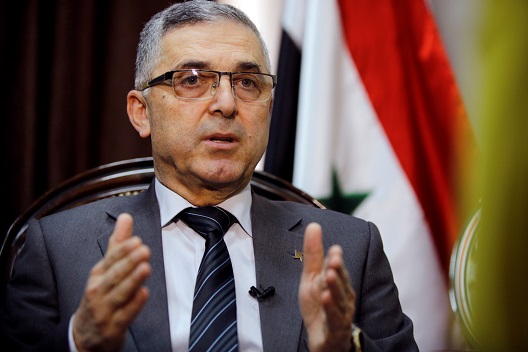 Local reconciliation deals in Syria, which aimed to avert escalating violence, have proven to provide only short-term protections. The intense government offensive to retake Eastern Ghouta in early 2018 undoubtedly affected other communities’ decisions to surrender or negotiate through partial intermediaries in order to avoid all-out conflict later on.

With no allies on the ground, the opposition was forced to negotiate with the regime through questionable local interlocutors or through the government’s stalwart ally, Russia. As the remaining opposition-held communities reflect on how settlements in Daraa and Northern Homs unfolded, they are provided with little reason to negotiate, making a bloody final stand more likely than ever before.

Formerly opposition-held Dael in Daraa governorate and its neighboring community, government-held Kherbet Ghazaleh, straddled both sides of the embattled M5 highway—the main highway linking Jordan through the western side of Syria; passing major cities all the way to Aleppo—for nearly five years. As fighting subsided, a cross-line area emerged between the two sides in order to allow for trade and movement of persons. Cooperation was not necessarily sanguine, but the crossing forced both sides to communicate and coordinate. Access via this cross-line area meant that direct communications with the regime were possible without external interference. The lack of involvement by external actors (e.g., Russia, the United Nations, etc.) in negotiations would be a portend of things to come in 2018.

As the government launched a brutal offensive on Daraa in June 2018, the opposition formed a body to negotiate with the regime through Russian intermediaries. As negotiations picked up momentum, Dael was one of the first areas to quietly sign a reconciliation deal with the government. By June 29, pro-government forces had taken the city with little fighting. At first, it appeared that Dael had escaped the worst of the violence. However, opposition groups like Shabab as-Sunna, through negotiations with Russian interlocutors, were eventually able to secure some initial autonomy for their areas (e.g., Daraa al Balad, Tafas, and Bosra a-Sham). In return for opposition fighters agreeing to enlist in the newly formed Fifth Corps under Russia’s supervision, regime forces and pro-regime militias were not allowed to enter these areas; for an unspecified amount time.

Several months after reconciliation, it is clear that Dael and other southern communities did not benefit from direct negotiations with the regime. Arbitrary arrests and detentions are common. A report by the Daraa Martyrs’ Documentation Office documented the arrest of seventy-six people in December 2018 alone, including civilians and former opposition fighters who agreed to the reconciliation. This figure does not include the hundreds arrested for compulsory military service. In response to ongoing flagrant violations by the regime, a popular resistance grew that carried out deadly retaliation on intelligence offices, reconciliation committee members, and soldiers.

Dael’s fate seems to indicate that negotiations with Russian intermediaries might be the lesser of two evils. However, developments in Northern Homs proved otherwise. Just two months prior to the government offensive on Daraa and Quneitra, the conflict between the armed opposition and the Syrian government in Northern Homs effectively came to an end. Russian intermediaries handled much of the negotiations. Over 30,000 people opted to evacuate to northern Syria in the aftermath of the government takeover. Yet tens of thousands more chose to stay in Northern Homs; including around 2,500 opposition fighters from Jaysh al-Tawhid and other Free Syrian Army affiliated groups. Fighters and military aged men (18-42) who stayed in Northern Homs had six months to clear their names through a series of security checks by the Syrian government in exchange for not getting arrested.

Much like Shabab as-Sunna, Jaysh al-Tawhid fighters—under Russian supervision—were allowed to continue providing security for communities after the reconciliation. Russian military police along with opposition groups such as Jaysh al-Tawhid, conducted joint patrols on the M5 highway. In the consummate admission of submission, Jaysh al-Tawhid fighters operating under the Quwwat al-Nimr and the Russian-created Fifth Corps were deployed to fight alongside the regime in Daraa, in the east, and in northwestern Syria.

Even with the opposition meeting all the terms in the reconciliation agreements, the Russians withdrew their protection in Northern Homs just as the six-month deadline passed in October 2018. The Russian military began to hand over the area, with the exception of Talbiseh, to the Syrian Army and its paramilitaries.

The government’s Air Force Intelligence and Military Security immediately began arresting alleged dissidents, including children, military-aged men attempting to settle their status with the government, and even high-ranking commanders from Jaysh al-Tawhid who joined the Fifth Corps. Just this past Monday April 15, reports indicate that security forces arrested three out of twenty-five displaced residents of the Houla region returning to Northern Homs.

Remaining opposition-held areas have little reason to trust any of the so-called guarantors in the Syrian conflict. Instead, Dael and Northern Homs have become cautionary tales for directly cooperating with the regime or the Russians. Without reliable intermediaries on the ground to supervise so-called reconciliation processes, stability will be ephemeral and peacebuilding unattainable. Not only are opposition-held communities learning from these cases, but so too are refugees who are unlikely to return as long as the regime continues to subvert guarantees of protection with little consternation from the outside world.

Image: Photo: Syria's Minister of National Reconciliation Affairs Ali Haidar gestures as he speaks during an interview with Reuters in his office in Damascus, Syria, March 19, 2018. REUTERS/Omar Sanadiki