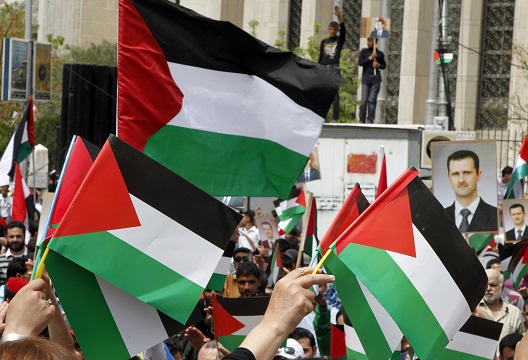 Syrians stood up against the Assad regime’s tyranny, many sacrificing their lives to bring freedom to their country. However, the near half-century of endemic corruption has left its mark on Syrians and their attitude toward government and private institutions. The corruption that the Assad regime sowed to keep itself in power has permeated Syrian society. To finish their revolution Syrians need to rid themselves of it.

Many Syrians view the law merely as an expedient, just another means to a desired end. This approach to the law is not a legacy of ancient Syrian civilizations, nor an inherent part of Syrian culture. It is instead a symptom of the Baathist ideology that has held sway over Syria for nearly half a century. During the Assad family’s reign, “law” was relegated to nothing more than a word in the dictionary—they gave lip service to the law and government institutions while sowing corruption to keep themselves in power—and all the while the Syrian people lived with the seismic gulf between the word of the law and its application.

Endemic bribery and favoritism drove the Syrian government into a state of institutional paralysis, but the government is by no means the only sector in Syria that suffers from these afflictions. Syria’s private sector, both international and domestic, and its religious establishment all suffer under this paralysis, so much so that the term Siyasat al-Hajji (Old Man’s Policy) was coined to describe the nepotism and favoritism behind Assad’s power to appoint whomever he pleased to any high-level position in companies or government-funded projects. Article 8 in the 1973-2012 constitution—which stated that the Baath Party is the sole ruling party in Syria—provided the legal foundation for this practice that undermined every institution in Syria.

During the Syrian revolution against the unjustifiable and irrational practices of the regime, symptoms of the Baathist ideology began to emerge among the opposition. Prior to the uprising, bribery and corruption had grown to such an extent that it was openly flaunted, and every man from the top-down had his price. Favoritism also played a role in everything from court decisions to academic scholarship awards. Close relations with an influential government official reaped huge benefits.

The effects of such endemic corruption became ingrained in the Syrian psyche; Syrians became so accustomed to this way of life that it emerged as part of Syrian culture and daily habits. The revolutionary generation, which succeeded in liberating large regions of Syria, grew up in this corrupt reality. Consequently, their administration of the liberated regions quickly began to show signs of the Assad regime’s corrupt practices. The Baathist tyranny from which they sought to liberate themselves began to germinate in liberated soil.

The corrupt and destructive ethos that held sway over Syrians during Assad’s reign impacted them during the revolution. At the outbreak of the revolution, disagreements emerged among rebels over who would lead opposition groups. Rebels saw leadership positions as a means to gain influence and a goal that, once attained, made one the center of attention and allowed one to stamp out all potential adversaries, just as Baath party did. The struggle over leadership caused intra-group conflicts and led to dysfunctionality. The rebels were unable to successfully implement any form of collective action because of their lack of experience. These difficulties were not limited to the civil resistance movements, but also affected the armed resistance. Disagreements over whom to appoint to head these opposition factions boiled over into fights between opposition forces.

The education of the younger generation in Syria’s liberated regions also mimics the Syrian government’s curricula and teaching. Syrian students at all levels mindlessly recite the slogans and anthems of the Baath Party, such as, “Our goals: free socialist unity,” and, “Relax, vanguards…. Prepare, Baath.” Today’s revolutionaries have not yet freed themselves from this academic precedent. In the liberated regions, morning recitation of the opposition’s slogans are considered a “religious and revolutionary” duty, as one Syrian described it. One activist expressed the unease she experienced when visiting a school in liberated territory and hearing a morning recitation of the revolution’s slogans: “Freedom… Down with Bashar.” She said the heart of the problem is not so much the meaning, but how it exposes the new generation to—and in turn preserves—the militaristic education practices of the Assad regime.

The vast number of licensed Syrian organizations operating in neighboring countries (some claim that Turkey hosts over 2,000 alone) is an expression of the unhealthy Baathist mentality that seeks to dominate all competitors and eschews building coalitions and partnerships. The Baath Party never faced competition in national elections and dominated all government organizations, the combination of which killed the competitive spirit at both the individual and organizational level. At the beginning of the uprising there were only a few organizations in Turkey, but the spread of an egotistical mentality coupled with the lack of precedent for collective action led to fragmentation between individuals and groups, each desiring his own organization and to undermine his rivals.

The Syrian people’s irreverent approach to the law has become a problem in countries where it is respected. The mass exodus to Europe and elsewhere has landed many Syrians in unfamiliar territory. Their distrustful relationship with the law is a stumbling block to assimilation. Many Syrians attempt to sidestep the law by working in the black market to avoid taxes, which could lead to harsh penalties if caught in these new lands. Syrians rationalize this behavior by claiming that any taxes they pay will not be used to improve their lot, but instead will only line the pockets of those in power.

Syrians of all sects and religions fell victim to an intentional and concerted campaign to keep them ignorant of proper governance and effective collective action. It is a tactic used by all tyrannical regimes; Assad’s was no exception. If anything, this fact further justifies the need for revolution and overthrowing this corrupt regime. The revolution is an opportunity to build a country based on laws that respect the individual. It is up to the Syrian people to seize the opportunity lest the oppressive culture take root again.