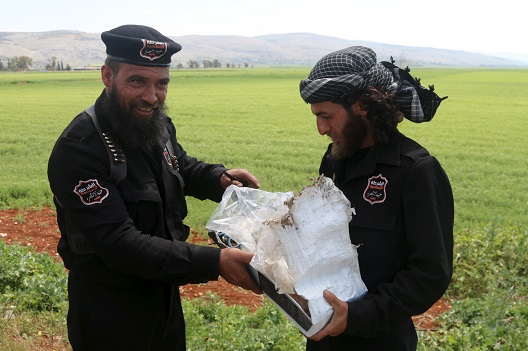 On Thursday last week, the Nusra Front seceded from its parent organization al-Qaeda and rebranded under the name Jabhat Fateh al-Sham, a move many experts labeled as merely a name change. However, the change, sparked by the organization facing growing external and internal pressure, indicates the preeminence of local interests over global ideology as the al-Qaeda jihadist narrative continues to evolve.

Nusra Front’s decision to sever ties with al-Qaeda resulted from internal pressure from local Syrian elements in the organization, more moderate figures such as Abu Maria Qahtani, and other Islamist factions such as Ahrar al-Sham, according to Syrian sheikh Hassan Dgheim, a cleric who follows Islamic factions. The decision was also the result of much discussion among al-Qaeda leadership and had the approval of its leader, Ayman Zawahiri. One Zawahiri’s deputies, Ahmed Hassan Abu al-Khayr, said that Nusra’s leadership had been instructed to “go ahead with what protects the interests of Islam and Muslims and what protects jihad,” which opened the door for Abu Muhammed al-Julani’s declaration of secession.

Al-Qaeda appears to have considered the move for several months now. According to a report published in May in the Middle East Eye, al-Qaeda had also sent Rifai Taha, a co-founder of the Egyptian militant group al-Gamaa al-Islamiyya, to Syria to stop fighting that had erupted between Nusra and Ahrar al-Sham and convince Nusra to forgo their global jihad and cooperate with other factions. Other external factors also played into Julani’s decision, namely the US-Russian Joint Implementation Group, which envisions intelligence sharing and possible operational cooperation against Nusra.

The Nusra Front’s secession from al-Qaeda may be at first glance a mere formality, an opinion that US State Department spokesman John Kirby apparently shares. After Nusra announced its split from al-Qaeda he said, “we judge a group by what they do, not what they call themselves, so far there is no change to our views.” In his statement, Julani reiterated that the organization still sought the application of Sharia law and the establishment of an Islamic state, and on this point the new group’s ideology remains close to al-Qaeda’s traditional creed.

Yet the decision shows the evolution of both Nusra’s and al-Qaeda’s strategy to emphasize the growing primacy of local politics—a trend which might impact the ideologies of al-Qaeda’s franchises over time. On one hand, Nusra’s rebranding allows the organization to consolidate its presence on Syrian soil while facilitating alliances with other rebel groups that were previously hesitant to join forces with the organization because of its affiliation with al-Qaeda and the United Nations designating it a terrorist group. It also appears to have support from  influential jihadist thought leaders such as the Saudi sheikh Abdallah Muheisini. Syrian Islamist factions such as Ahrar al-Sham and Ajnad al-Sham applauded the Nusra Front’s decision. On the other hand, Nusra’s secession from al-Qaeda may also translate into the disaffection of the group’s hardliners. Sheikh Dgheim underlines that in the last three months, several members defected to the Islamic State (ISIS). In particular, Nusra’s muhajirin or foreign fighters, who are known to be more radical and do not have local ties to Syria, might form splinter battalions or join other extremist groups such as Jund al-Aqsa and ISIS. The peeling off of more radical elements might force Jabhat Fateh al-Sham on the long run to further adapt to the local context and reduce its conformance to a global ideology in order to differentiate itself from other jihadist groups.

In the near term, Jabhat Fateh al-Sham will probably deprioritize what it calls the “far enemy” (enemies outside of the immediate region), which has been at the core of al-Qaeda’s ideology since the September 11 World Trade Center attacks. While it might retain the ability to conduct attacks outside of Syria through the infiltration of Syrian refugee communities, the new organization’s willingness to attack the West or other Levant countries appears low. For example, Lebanese Salafi sources had previously informed me that the Nusra Front was staying clear of terror attacks in Lebanon to avoid a backlash from the government against refugee populations. The organization also appears to be putting all its weight into the Syrian war. However, Jabhat Fateh al-Sham’s policy may shift in the future should Russia and the United States decide to target them despite their secession from al-Qaeda.

Ideology aside, Nusra’s move emphasizes al-Qaeda’s pragmatic approach to state-building based on embedding itself within the local population, cultivating popular support, and manipulating the chaos born from the Arab spring. Ali Hashem wrote in Al-Monitor that Abdullah bin Mohammed, a member of al-Qaeda who tweets under the label Strategic Studies, called on radical factions “to adopt a new strategy to infiltrate legitimate regimes in the region and build their influence and power from within,” which will allow them to “better establish a lasting presence and implement their vision. Ibn Mohammed said that jihadism currently had two models, both which were on the path to failure: either continue along the path of al-Qaeda, without entering political life, or the path of Islamic State, which declared a caliphate and found itself embattled on all sides. According to Hashem, Ibn Mohammed explained that radical organizations should follow the example of the Libyan Islamic Fighting Group (Al-Jama’a al-Islamiyyah al-Muqatilah bi-Libya), which built solid alliances with other Islamic and revolutionary factions and was flexible toward the outside world before starting to work on building an Islamic state.

Syria’s war and ongiong internal and external pressure will force Jabhat Fateh al-Sham to continue to evolve, balancing between its extreme ideology and yielding to its more centrist local elements. Other jihadist groups will be watching Nusra’s split from al-Qaeda closely, to see if it provides a successful model to building an Islamic state through localization.

Image: Photo: Nusra Front policemen, operating under a coalition of rebel groups called "Jaish al Fateh", also known as "Army of Fatah" (Conquest Army), carry the remnants of an explosive device that was found on the edge of a road linking Idlib to Armanaz area, Syria April 14, 2016. The device was destroyed in a controlled detonation. REUTERS/Ammar Abdullah