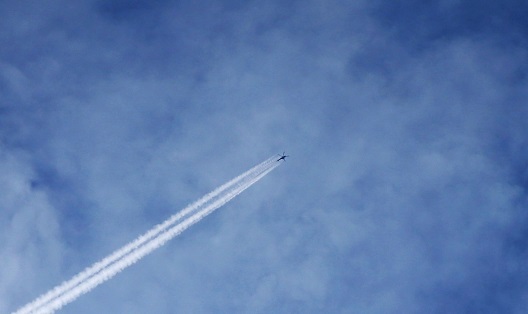 In early February, Syrian rebel forces  in southern Syria announced the launch of “the Battle of the Conquerors,” a military campaign reportedly backed by Israel against an affiliate of the Islamic State (ISIS, ISIL, Daesh) in the region. This took place days prior to the February 10 confrontation between Israel and Iran, where, in a day, Israel downed an Iranian drone in Israeli airspace, Syrian anti-air systems unprecedentedly downed an Israeli F-16 aircraft, and Israel responded by striking Syrian and Iranian positions in the country, reputedly destroying some 40 percent of Syrian air defense capabilities.

Should southern Syria become a new battlefront in the struggle between Israel and Iran, it is likely that the Salafi-jihadist force, known as Jaysh Khalid bin al-Waleed (JKW, Army of Khalid bin al-Waleed), would capitalize on the opportunity to expand its territorial reach and consolidate power.

The rise of JKW

The potential escalation between the two rivalries could cause harm to the population of southern Syria, not only by military confrontation, but also by providing space for extremist groups such as JKW to cultivate. Since its establishment in May 2016, JKW has been able to gradually expand ISIS influence in the Yarmouk Basin, a strategically significant stretch of territory bordering Jordan and the Israeli-occupied Golan Heights. Given considerable territorial losses for ISIS in other parts of Syria and Iraq throughout 2017, the Islamic State and its affiliate are probably interested in increasing activity in southwestern Syria, to threaten Israeli and Jordanian national security.

The ISIS affiliate made headlines when it conducted a well-timed and well-coordinated operation against Syrian rebels in the southern province of Daraa on February 20, 2017. In this formative operation, JKW tactics seem to have changed from directing assassinations and small-scale offenses in 2016 to conducting complex operations aimed at expanding territory. As of February 2018, the militia reportedly controls some sixteen villages in western Daraa. Further suggesting JKW’s growing intent to expand its activity in the area—or perhaps establish an official wilayat (substate of the Islamic State)—JWK announced last month compulsory military recruitment for young men and has reopened schools with an ISIS-based curriculum, similar to what it had used elsewhere. Additionally, assassinations and offensives targeting opposition commanders and local leaders are increasing, suggesting that JKW and other hardliners want to take advantage of the opposition’s weakness to dominate the south.

Yet, the US-led international coalition fighting ISIS is relatively uninterested in seriously addressing the presence of JKW in the Yarmouk Basin, although limited air strikes in mid-2017 were reasonably effective in targeting the group’s leadership. It was not until July 2017 the United Nations Security Council designated JKW a terrorist organization. Presently, there is no official effort by the international coalition to counter JKW.

Since mid-last year, Hezbollah and militias aligned with Iran’s Islamic Revolutionary Guard Corps (IRGC) have expanded operations in Syria’s southwest, which confirm Israeli fears of an Iranian buildup near its borders. This has disrupted the de facto containment rules—unstated understandings on redlines of physical territorial advances or enrichment of high-range weaponry in Syria and Lebanon—that prevented a direct escalation between the two rivalries. Although the Iranians have not made any serious threats against Israel and they do not seem interested in attacking Israel any time soon, the Israelis are alarmed that Tehran is setting up a military infrastructure in its vicinity.

IRGC-mobilized militias have participated in many battles alongside the Assad regime in various parts of the country in the north and east, however, it seems they have a particular focus on the south. Instead of handing areas they conquer to the regime, Iranian-funded militias in the south are reportedly keeping them under their control with nominal regime authority.

Furthermore, Iranian-backed Iraqi paramilitary force, Harakat Hezbollah al-Nujaba, formed a Syrian special forces unit in southern Syria in March 2017 named Liwa’ Tahrir al-Julan  (Golan Liberation Brigade), which declared one of its objectives as capturing the Golan Heights from Israel. However, its immediate goal is crushing the opposition in Daraa and Quneitra to secure its position. In this regard, such militias could later act against Israeli and American interests in such a strategic region and open a new front against Israel. Another IRGC-funded militia was formed in November, drawn from young Syrian Shia inhabitants of the south who were trained by Lebanon’s Hezbollah, called al-Liwaa’ 313 (Brigade 313). Iranian and Iranian-backed forces present in Daraa are reportedly concentrated in Izra’, in the center of the province.

In July of last year, the United States, Russia, and Jordan reached an agreement to establish a ‘de-escalation zone’ for southern Syria, which was set with Israeli consultation, that includes the provinces of Daraa, Quneitra, and parts of Sweida. The deal aimed to halt fighting between the Syrian regime and the opposition in the designated areas, so as to pave the way for peace talks and allow rebels—particularly the Southern Front coalition—to dislodge ISIS from the region and provide security to the borders.

The opposition forces have thus far failed to counter the presence of ISIS in the Syrian southwest, partly because of frequent regime offensives against them. The contours of the ‘de-escalation’ agreement are elusive enough that the regime of President Bashar al-Assad and its Iranian backers have continuously attacked opposition positions within the zone. In fact, JKW was able to make advances against the opposition when the rebels were under an attack from the regime, and similarly the regime was able to advance against rebels when they were under attack from JKW. The regime has avoided attacking JKW, and does not have a battlefront with it. Opposition forces are worn out between the two enemies. Further, the Southern Front, a coalition of nationalist-oriented Free Syrian Army (FSA)-affiliated groups, lacks resources since US President Donald Trump decided in July 2017 to end the CIA’s train-and-equip program. Another channel of funding seems to have unofficially emerged from Israel; but Israeli aid is likely unsustainable due to its limited scope and goal—unless seconded by the United States.

One important part of the ‘de-escalation’ agreement was Russia’s responsibility to not only guarantee that Assad regime forces would adhere to the ceasefire, but also prevent Hezbollah and IRGC-mobilized militias from being deployed near the Golan Heights and the Jordanian border. Presently, Moscow’s ability to pressure either the regime or Iran to conform to the agreement seems unpromising.

Iranian-Israeli Conflict is an Opportunity for JKW

Further escalation between Israel and Iran would distract from the fight against JKW and fundamentally restructure the nature of conflict in Syria’s south, making the containment of jihadists in the area quite impossible. An Iranian-Israeli conflict could come with an increasingly weakened nationalist rebel force that is incapable of countering the spread of militant extremism, especially with the cut of American aid to vetted groups. As did other hardline Islamists (operating in rebel-held areas in the south, but in smaller numbers), JKW capitalized on the lack of external support to nationalist rebel forces. This aid cut, which apparently became effective in December, has left a vacuum that JKW is able to fill.

Since Trump assumed the presidency, many experts have called on the United States to increase lethal aid to vetted rebels in southern Syria so they could secure the strategic region and prevent Iranian expansion. The arguments made for the support of the Southern Front were based on the fact that the southern coalition is dominated by nationalist-oriented rebels.

As the largest Salafi-jihadist force in southern Syria—with an estimated 2,200-2,500 fighters—JKW would likely advance its position in the region to take advantage of this vacuum. Unlike most other ISIS affiliates in Syria and Iraq, JKW steadily built its power and influence in the Yarmouk Basin by drawing their fighters from local inhabitants, who hold tribal linkages with the wider southern populace. This is something the group could leverage to increase its recruitment, especially as the overall nature of the conflict in the region is getting more complex and protracted. Reports indicate the group used sleeper cells tactics in previous operations, and opposition rebel leaders have confirmed the possibility that the group may still have sleeper networks among their ranks. Furthermore, footage and opposition sources suggest that JKW is beginning to use locally-manufactured weaponry on the battlefield, suggesting that they are developing capabilities to sustain munitions.

While it is clear that Israel is alarmed by the presence of ISIS near its border, it is perhaps more worried of the increasing expansion of Iranian-allied militias in the southern parts of Syria. Iran’s overall behavior suggests that escalation would continue between the two states, with Tehran continuing to challenge Israel’s red lines. With tensions with Iran as the new normal, Israel seems to be substituting its onlooker approach to Syria with a more proactive one. The relationship that the Israeli Defense Forces (IDF) is developing with rebel forces in southern Syria—through medical aid, military funds, and operation coordination—implies an interest in deepening its involvement in order to look out for long-term security. Yet, the history of conflict between Syrians and Israelis and the changing nature of alliances in the Syrian war could mean that this relationship is doomed to be weak.

The war of attrition between Israel and Iran could escalate in southern Syria. The main victim in this conflict would be the civilian population of southern Syria. If the conflict is to be avoided, American engagement, along with regional allies, might alter the nascent reality by deterring Iranian provocations. In the meantime, extremist forces can leverage changes in power dynamics to subvert non-jihadist elements, expand their territory, and deepen their influence.

Abdulrahman al-Masri is a journalist and analyst who focuses on Middle East politics and security and foreign policy. He is also a fellow at The SecDev Foundation. Follow him on Twitter at @AbdulrhmanMasri.